How to Do Two-Passport Travel: Double Trouble or Twice the Charm? 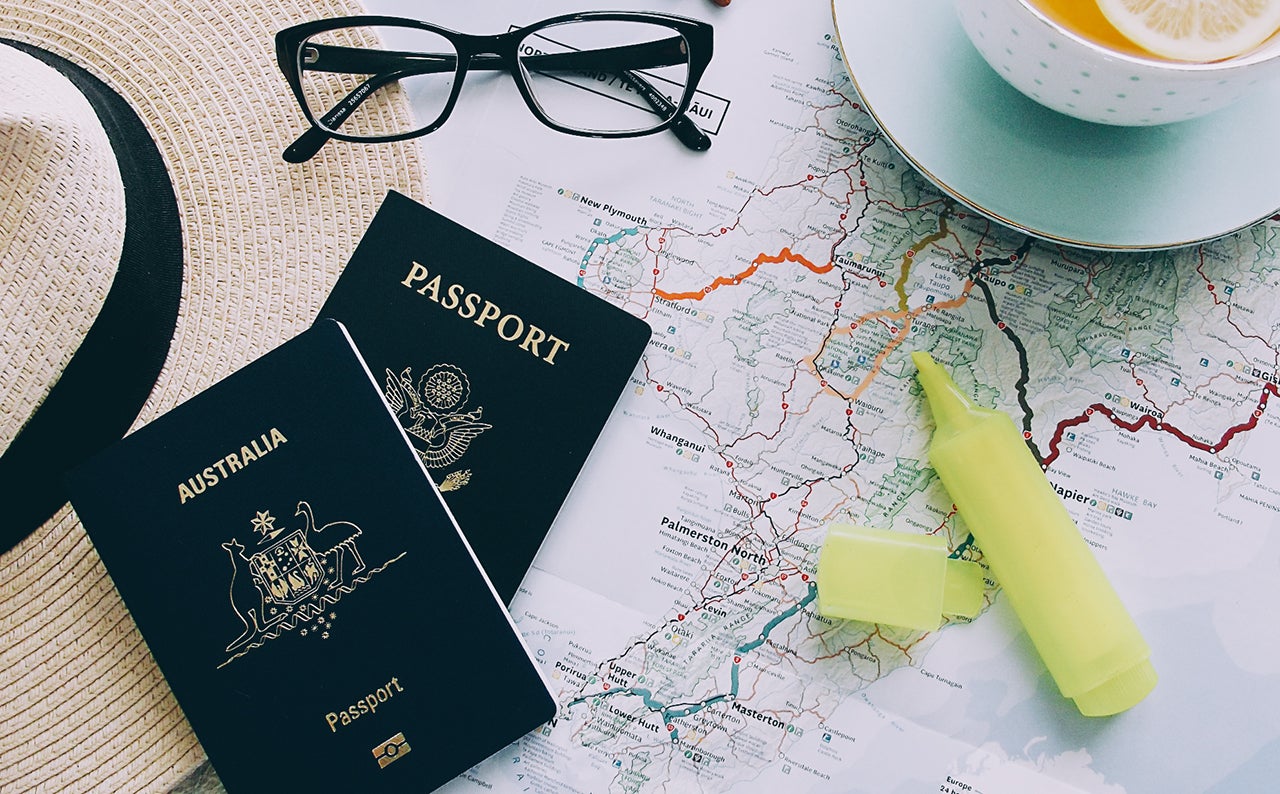 How to Do Two-Passport Travel: Double Trouble or Twice the Charm?
This post contains references to products from one or more of our advertisers. We may receive compensation when you click on links to those products. Terms apply to the offers listed on this page. For an explanation of our Advertising Policy, visit this page.

Traveling with two passports? You could find that it's a mixed blessing. The door swings open to possibilities beyond the range of what a single passport can do, but total liberty may be a bit illusory — and sometimes you will need to be careful choosing which passport to use.

You may find yourself with a dual, or more, nationality for many reasons — for example birth, marriage to a foreign national, or ancestry that with the proper bureaucratic steps can translate to a second passport. For international travel, in many cases it's a distinct advantage. First, different passports pack different levels of power, and having that second one might give you easier entrée to certain countries—and also help you dodge visa requirements and the hefty fees that one passport might trigger but not the other. If you hold a German passport, for example, you've kind of won the passport lottery: A recent survey showed that one of those little burgundy beauties entitles the bearer to enter 177 countries without a visa, or almost all of them.

Freedom from fees and lines

Free passage and associated second-passport conveniences are something that comes up repeatedly in our own TPG Lounge thread about second passports: for example Natalie Kusonruksa, who has a Thai and American passport, says that by using her Thai passport on trip to Cambodia she didn't have to apply for a visa. Similarly, Rafael Hernandez says that using his Venezuelan passport instead of his American one on a recent trip to Brazil saved him more than $100 on the visa that he would've needed had he entered Brazil on the US passport. Conversely Carl Cabrera, a recently naturalized American citizen who kept his Philippines passport, remarks that his American passport gives him visa-free access to countries that might require visas of a Filipino national — but that he'll keep his Filipino passport for less visa fuss when traveling to Brazil.

Sometimes too, countries will charge reciprocity fees when you arrive in lieu of requiring an actual visa. This is a way for that country to offset fees that are charged by the passport holder's country — the US for example — for their nationals. Here again having a second passport could, depending on your country of destination, save you a chunk of change.

Fee avoidance aside, by entering another country as a national of that country instead of as a foreigner, you can generally stay there legally longer. Imagine you have an American and French passport. With the US one, you can legally stay for up to 90 days in France. With the French one, you can linger in Paris for as long as you want; you are French. That means you can do things like work legally or open a bank account without the daunting amount of red tape and patience trying to do either of those on your American passport would entail.

Even if long stays overseas on a second passport aren't in the cards, unlike the tourist hordes you can breeze past customs like the local you officially are...and after a long transatlantic flight, who's going to complain about spending less time in line? In Europe, generally speaking the lines for holders of passports from the 26-nation Schengen Area are considerably shorter than for those "citizens of other countries" lines. With the rise of biometric passports and facial screening recognition in the EU, sometimes there's no line at all; just a quick scan, and through the turnstile you go.

You'll find a digital advantage in the Middle East, too. In Israel for example, newer passports can be machine-read at virtually every point at Ben Gurion International Airport (TLV) that previously required a human eye to inspect them. So if you hold American and Israeli passports, whether you're arriving or departing you can benefit from a hugely time-saving automated process unavailable to those who hold an American passport (or other non-Israeli passports).

As cool as it to avoid visa hassles and fees and to fly past the customs line — more on which passport to flash and when in a minute — entering a country on one passport means you might be forfeiting some rights associated with the other. For example, let's say you have a Turkish passport and an American passport. You probably used your American passport to leave the United States — you pretty much have to, even if you're a dual national. But if you use your Turkish passport to enter or leave Turkey — as Turkey may require — will you be saying so long to any of the rights or privileges that you obtain with your US passport? Could you be subjected to an obscure tax or different kind of customs inspection? Depending on your age, could you be drafted? These are not necessarily idle questions, and for travel outside the US and Canada it is always prudent to check with the Department of State and your destination country's consulate so that you know the fine print before you go.

You can even get tripped up in nominally more familiar terrain. Let’s say you have a Greek passport and an American one. To Uncle Sam, you’re American, but to the Greek authorities, whether you're bilingual or not, when you enter Greece on the basis of your Greek passport, you’re Greek. And if you forgot your Greek passport and entered Greece on your US one, then you're an American in Greece until you can demonstrate otherwise. Whether you have two passports or three or four, the principle is the same but not all countries handle things the same way in practice. Failure to present yourself as a national of a given country to that country's authorities can be risky: for example, if a dual American-Israeli citizen tries to enter Israel on an American passport he or she can expect a stern rebuke from an immigration officer and a demand to show the Israeli one.

Then there's the issue of passport prestige, or lack thereof — a separate issue from passport power. Reverting to the hypothetical holder of American and Israeli passports, let's suppose you have a trip to Saudi Arabia in mind. Will immigration officers admit you on the strength of your Israeli passport? Historically, no. And even if they did or may do so in the future, would you necessarily want to advertise your Israeli nationality in a country that has no diplomatic relations with the State of Israel? The same principal operates on many levels. If you're American and hold another passport, you should also consider whether American foreign policy happens to be particularly unpopular in the country you are entering — or for that matter, whether any one of your nationalities would single you out as a target in a given country.

In terms of physical documents, two passports are obviously separate entities but in terms of what they mean to your own freedom of movement, they are not necessarily, and in fact seldom are, mutually exclusive. And while that doesn’t mean you should always flash them both, it’s generally prudent to always take them both with you, and display as necessary.

Which one do you show?

Now, movement across international borders with two or more passports in tow is powered by pretty much the same dynamics wherever you go — but the devil is in the details. The general rule of thumb for dual nationals going to one of their countries is enter and exit on that country's passport. Dual national US citizens must use their US passport when entering and leaving the United States, which after all makes sense: You're an American leaving, or returning to, America.

But when airline gate agents ask to see your passport, remember the reason they are doing so is to verify that you are actually allowed to go to the country that you bought your ticket to travel to; mistakes can cost airlines hefty fines. When you're booking a ticket the passport information you enter should correspond to the passport with which you plan to enter your destination country. Airlines share their passenger manifests with the immigration authorities of the destination country, which is another good reason that the passport you show on arrival should match up with the one you showed at the gate.

Remember the State Dept. says that using a foreign passport to travel to or from a country other than the United States is not inconsistent with US law. Just don't forget that even if US immigration doesn't check your passport when you're leaving the US, before you're in the air you need in theory to be able to show that you can legally be where you are on the ground.

If you're a national of the US and another country that you are not traveling to, then bringing that other passport with you to the airport is probably going to be less relevant unless you're planning to use it to enter that country to avoid paying for a visa that might obtain with using the US one alone (in which case you probably used it when making your booking and should take it along). Generally however and to avoid mix-ups it makes sense to bring every valid passport in your name with you to the airport — you can always stow it, even if you don't have to show it.

Feature photo by @iheartcreative via Twenty20

Featured image by How to Do Two-Passport Travel. (Photo by @iheartcreative via Twenty20)