I Toured a Nuclear Disaster Zone at Chernobyl — Here's What Happened

Articles
Ben Smithson is a senior writer for TPG UK. Originally from Australia, he is the primary points and miles writer for the U.K. site.
Follow
May 21, 2019
•
10 min read 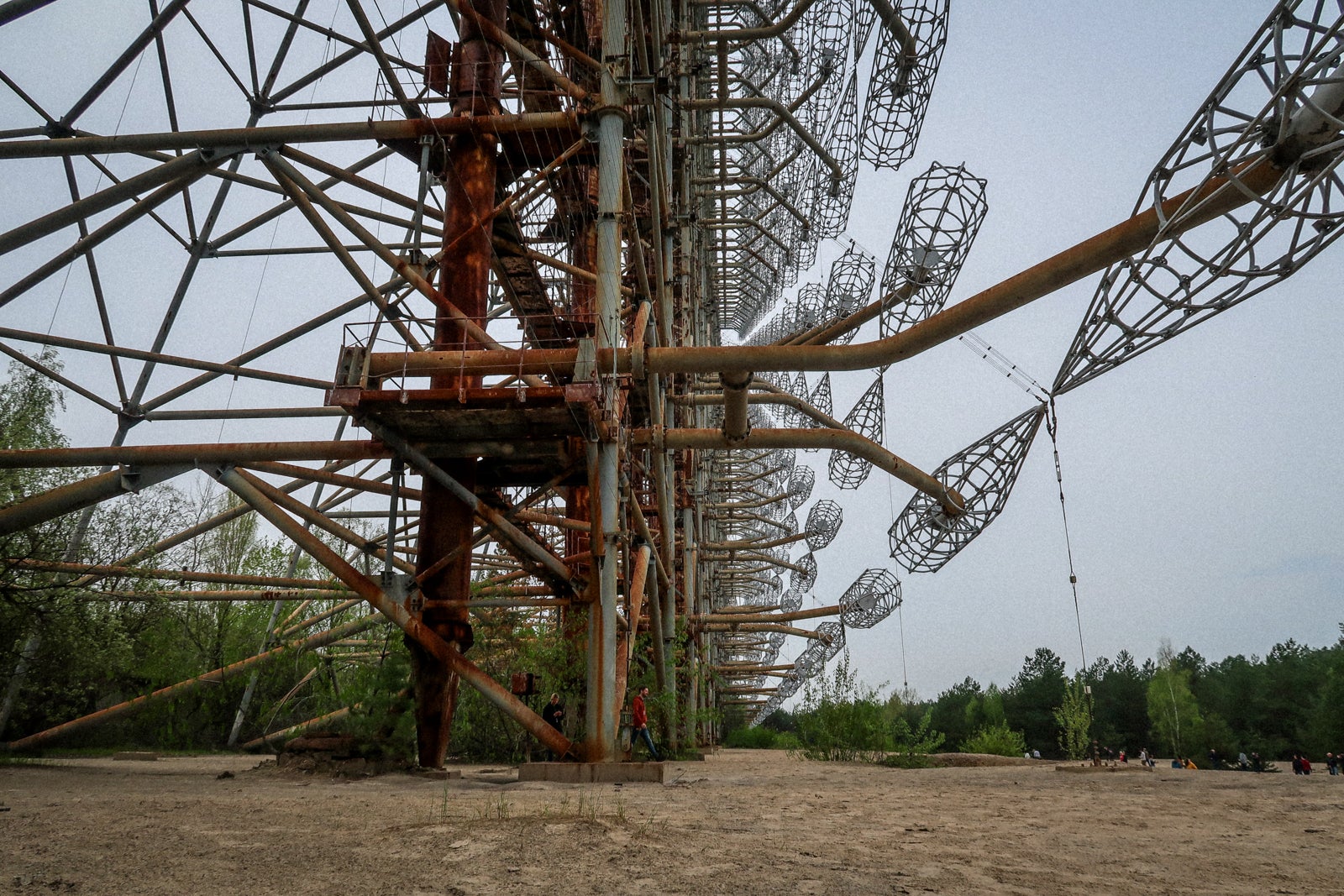 I Toured a Nuclear Disaster Zone at Chernobyl — Here's What Happened
This post contains references to products from one or more of our advertisers. We may receive compensation when you click on links to those products. Terms apply to the offers listed on this page. For an explanation of our Advertising Policy, visit this page.

On April 26, 1986, at 1:23am local time, a catastrophic nuclear accident occurred in the No. 4 nuclear reactor of the Chernobyl Nuclear Power Plant, near the now-abandoned town of Pripyat, in what was at the time known as northern Soviet Ukraine.

Dozens of people in the area died, though the exact number is disputed. Thousands were affected, many with lifelong health problems. An exclusion zone was established while the damage was cleaned up, and it's now the subject of a major new mini series showing on HBO. More than 30 years later, I had the chance to visit the area.

Located around two hours north of Kiev, the capital and most-populated city of Ukraine, there are various companies that offer tours to the Chernobyl area. Most are one-day group trips, though you can also choose private tours and multiday excursions.

Our group met at a central train station in Kiev at 8am for the bus ride to Chernobyl. Uber is available in Kiev, which made the early start more bearable. You absolutely must bring your passport with you — this is checked several times and is non-negotiable. Also remember to wear long pants, a long-sleeve shirt, socks and fully enclosed shoes, regardless of the weather.

The tour guides were surprisingly relaxed given where we were headed, making all sorts of good-natured radiation jokes (if there's such a thing). This may have been to put the collective group's mind at ease. On the bus ride, a short Discovery Channel video documentary was shown with background on the incident. The guides also explained how radiation levels would be measured and that the total radiation we would be exposed to would likely be less than the radiation a traveler would be exposed to on a one-hour flight.

We were given our own devices to measure the radiation around us at all times.

When we arrived at the edge of the exclusion zone, called the Dytiaky checkpoint, our passports and tickets were carefully checked. This area is around 19 miles from the power plant where the accident occurred, and souvenirs and costumes were available for purchase.

There are a lot of rules that must be followed during a trip to the nuclear disaster zone. Some of them are pretty obvious (think: don't remove anything from the exclusion zone and don't enter under the influence of drugs or alcohol). But there were other regulations that made us more fully realize the seriousness of the environment.

For example, you could not sit down outside; consume food or drink in the open air (on the bus was fine); expose arms or legs to the outside air; touch anything outside.

Since 2011, it's been forbidden by law to enter abandoned buildings, though our guides turned a blind eye at some points to this. This restriction was understandable when we saw how dilapidated they were: floors were literally caving in, so it was clearly not safe for groups to be trudging through.

Our first stop once we entered the zone was the now-abandoned town of Zalissya.

We then headed to the village of Leliv with its eerie, abandoned kindergarten facility. We started testing our radiation-reading devices. The amount shown below — 0.17 — is around the same as a chest X-ray.

From there, we headed to one of the most recognizable sights from the area, Radar Duga-1. This was once one of the most impressive military facilities in the Soviet Union and was designed to detect enemy missile launches.

The structures are enormous.

It was then on to another abandoned town, Kopachi. The abundance of children's toys and decrepit dormitories was creepy.

Our guides pointed out various 'hot spots' of radiation along the way, and underneath a tree at Kopachi was one of them. At times, the radiation reading shot up to 10 times what it was in most other areas.

From there, we drove past the power plant itself. I was surprised to learn that the nuclear power plant was now fully operational again with 3,000 staff working there. It was closed for decades while the radiation was treated and the wider area cleaned up, but sufficient time has passed that it's deemed safe enough to operate.

The actual No. 4 reactor where the explosion occurred is completely covered to stop more radiation from leaking into the air.

Lunch was provided as part of the tour at a factory canteen. While I appreciated the authenticity of experiencing a typical Ukrainian factory worker meal, it was ... not great.

I had some fantastic meals while in Kiev but this was definitely not one of them. If I was to do the tour again I would probably bring my own food.

The other downside of the tour was the bathrooms. Bring your own toilet paper, hand sanitizer and a very strong stomach. Or, ideally, try and avoid using them altogether. The portable toilets just before the entrance to the exclusion zone (at Dytiaky) were especially unpleasant.

After lunch, we got to experience what was probably the highlight of the tour, in the town of Prypiat. In its heyday, it was considered one of the most beautiful towns in the Soviet Union. The town wanted to attract the best minds to operate the power plant, so it built the best facilities for them and their families. Our guides had photographs of various areas before the accident and it did indeed look beautiful.

While the area is now overgrown and abandoned, you could still recognize the old features of the town such as a supermarket and movie theater.

Before leaving Prypiat, we stopped by the iconic abandoned amusement park.

Out tour ended with a quick stop in the actual town of Chernobyl, where people still live today, located more than six miles from the power plant. The town features tributes to those who sacrificed their health and safety to contain the disaster and limit the loss of life.

We returned to Kiev around 8pm. Overall, it was a long day but an amazing experience that I would highly recommend. I felt safe the entire time — the guides were knowledgable and sharp. Everyone in the group acted appropriately and respectfully, though I avoided taking smiling selfies inside the exclusion zone, unlike some other group members.

And when we returned our radiation-reading devices, the total exposure for the day measured around 0.002 mSv: the same as a one-hour flight.