The best places to travel in July

Articles
Jordi Lippe-McGraw is a writer covering travel, family, food and wellness for outlets like Conde Nast Traveler, Travel + Leisure, the New York Times, Forbes, and more. She has traveled to more than 30 countries on all 7 continents (including Antarctica at 5 months pregnant) and is an avid puppy, penguin, and truffle lover.
Follow
June 16, 2022
•
10 min read 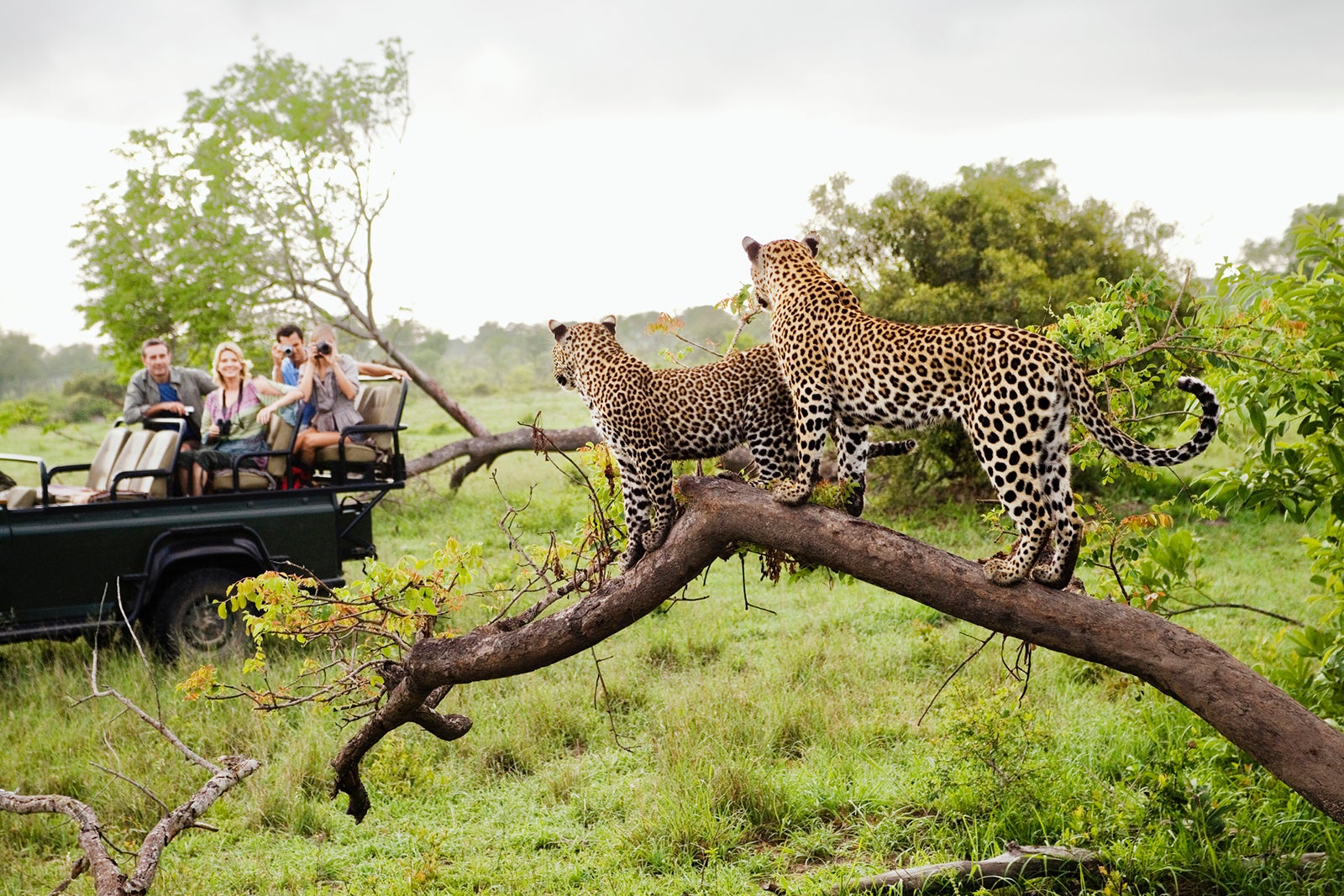 School is out, and summer Fridays are in. So, of course, that means it's time to travel.

You certainly won't be alone. According to new Amex Trendex data, 58% of people agree they plan to travel more this summer than in previous years. Plus, they're willing to go big, with 54% expecting to spend over $2,000 on getaways.

It makes sense considering more countries are loosening or removing their COVID-19 testing and entry requirements, meaning more destinations are welcoming visitors with open arms. Since travelers no longer require a negative COVID-19 test to reenter the U.S., another major deterrent has now been eliminated.

Of course, that doesn't mean the pandemic is completely over. So, it's a sound policy to review the latest recommendations from the U.S. Centers for Disease Control and Prevention and the rules surrounding any international destinations before jet-setting.

Ready to kick off your summer of travel? Here are TPG's eight best places to visit in July.

Norway is the ideal destination to experience the midnight sun. During July and August, the sun rarely sets thanks to its proximity to the Arctic Circle, meaning you can enjoy long days of exploring this stunning country. Sail around the famous fjords or walk through the capital, Oslo. It's also an excellent destination for outdoor lovers as July is prime season for kayaking, hiking and fishing, all of which you can do in the middle of the night! Best of all, the mild temperatures are perfect for spending a long time outdoors, and humidity is practically nonexistent.

TPG tip: It's now easier than ever to get to Norway. The brand-new Norse Atlantic Airways is launching its first flights from the U.S. to Norway this month. So, you can travel directly from John F. Kennedy International Airport (JFK) to Oslo Airport (OSL), starting June 16.

Is there anything better than summer in the Pacific Northwest? The weather is beautiful, and there's so much to do both in town and out in the wilderness. Walla Walla, in particular, is a great city to visit in the region. Why? Well, several events are happening in July that are worth checking out.

From July 14-16, wine lovers can immerse themselves in social and educational festivities in the Walla Walla Valley. You can participate in rare-vintage tastings or reserve a seat at intimate winemaker dinners.

Lastly, the Walla Walla Movie Crush (July 15-17) showcases the best American short films of the past year, screening at the historic Power House Theatre in the heart of Washington Wine Country.

TPG tip: While rooms at the historic (and recently refurbished) Green Gables Inn start at around $350 per night (with select dates still available for late July), you could also redeem about 42,000 Marriott Bonvoy points per night (the lowest points rate available in July) to book a room at the Courtyard Walla Walla, which, at the time of writing, has plenty of availability.

Key West is synonymous with Ernest Hemingway. And each July, the island transforms with Hemingway merriment in honor of the Nobel Prize-winning novelist's birthday on July 21, making it the perfect time to visit. The Conch Republic welcomes fans for its famed annual "Hemingway Days" from July 19-24. There are a variety of activities such as a Look-Alike Contest, a three-day marlin fishing tournament in honor of Hemingway's favorite pastime, a museum exhibit of rare Hemingway memorabilia, literary readings, a 5K run and paddleboard race, and the announcement of the Lorian Hemingway Short Story Competition winner, coordinated by Ernest's author granddaughter.

TPG tip: Literary enthusiasts can pursue their novelist fantasies at The Reach Key West, Curio Collection by Hilton (from around 95,000 Hilton Honors points per night or $345), which occupies a coveted spot on the island's only private natural sand beach. The oceanfront resort is home to Four Marlins, an oceanfront restaurant designed and named after the famous photo of Hemingway on a fishing trip with his family in Key West.

Related: 9 of our favorite points hotels in the Florida Keys

As we enter the summer season, festival fever takes over Montreal. Festivals make up a vital part of the city's DNA — including dance and performance art festivals such as Montreal Completement Cirque (July 7-17) and Festival International Nuits d'Afrique (July 12-24). That's in addition to surfing the St. Lawrence River and enjoying the must-see summer exhibitions at Montreal museums. Every nook and cranny of the city buzzes with things to do and see all summer long.

If you've been itching to go on safari, July is the optimal time to visit Kruger National Park in South Africa. It's one of the coldest months of the year, but that's a good thing when it comes to staying comfortable on long game drives. Plus, the dry winter landscape is ideal for animal viewing — animals can be spotted more easily as they congregate around watering holes.

Head to the north if you want fewer crowds. But the south is where you'll get the most animals, especially predators. The areas near Sabie River — Satara, Skukuza and Lower Sabie — are some of the best.

TPG tip: From the award-winning team at The Royal Portfolio, Waterside at Royal Malewane, a new luxury safari lodge designed in owner Liz Biden's signature maximalist style, will open in Greater Kruger National Park in July. Rates for a luxury suite start at $2,200 per person per night; included in the stay are all meals (including wine), twice-daily game drives, morning bush walks and photographic safaris.

Summer is the perfect time of year to experience the best of beautiful Taormina, the hilltop resort town on the east coast of Sicily. Travelers can explore the town's quaint medieval streets, visit the second-century Greek theater, take a cable car down to the beach, hike Mount Etna, go body-rafting down the Alcantara Gorge and explore Taormina by yacht. While there, stay at the luxurious Mazzaro Sea Palace, located on one of the most storied coastlines in the Mediterranean. Rates in July start from around $986 for a superior sea-view room. Another option is its sister resort Atlantis Bay, set within the tranquil cove known as Mermaids Bay, where peak summer rates start at around $780.

TPG tip: Use airline points to book a round-trip ticket to Catania, which is under an hour from Taormina. In July, round-trip airfare from New York City with one stop is about 80,000 Chase Ultimate Rewards points.

A lot is happening in France in July. With long days and mild evenings, join the Bastille Day celebrations on July 14 with a spectacular fireworks display and concert at the foot of the Eiffel Tower. Or, get geared up for the finish of the Tour de France by choosing a town along the route. And it's the last chance to see some of the key exhibitions of the year, like "Pharaoh of the Two Lands: The African Story of the Kings of Napata," at the Musee du Louvre (until July 25).

The Loire Valley region of France is fascinating in the summer. On the first weekend of July, visitors can experience the "Nights of a Thousand Lights" at Chateau de Villandry, in which the chateau is illuminated with 2,000 candles. July also offers ideal conditions for a bike ride along the famed Loire a Velo cycle route, a traditional boat ride under the arches of the 16th-century Chateau de Chenonceau — one of France's most famous castles — or an alfresco drink at one of the lively guinguettes (open-air cafes with live music on the banks of the Loire).

A far-flung island might not be an obvious choice during the summer, but July is Carnival for St. Lucia and worthy of making an exception. Carnival celebrates the island's local culture and heritage and is filled with parades, elaborate costumes, live music, local food, steel pan competitions, parties and more. Rodney Bay and Gros Islet are where a number of the festivities occur, as well as Castries, where additional events occur throughout the week.

TPG tip: The Harbor Club, Curio Collection by Hilton (from around 54,000 Hilton Honors Rewards points per night in July or $181) is the ultimate home base for the celebrations. The property, known as the lifestyle hotel on the island, offers nightly entertainment, four cascading pools, swim-up pool guest rooms, nine restaurants and bars, and water sports on site, and off-site excursions such as sunset cruises, snorkeling and ATV adventure tours. The property is also hosting various events, including a boat party, for Carnival (July 14-21).

Related: The best points hotels in the Caribbean