From paradise beaches to world-class golf, here's why Scotland should be on your bucket list 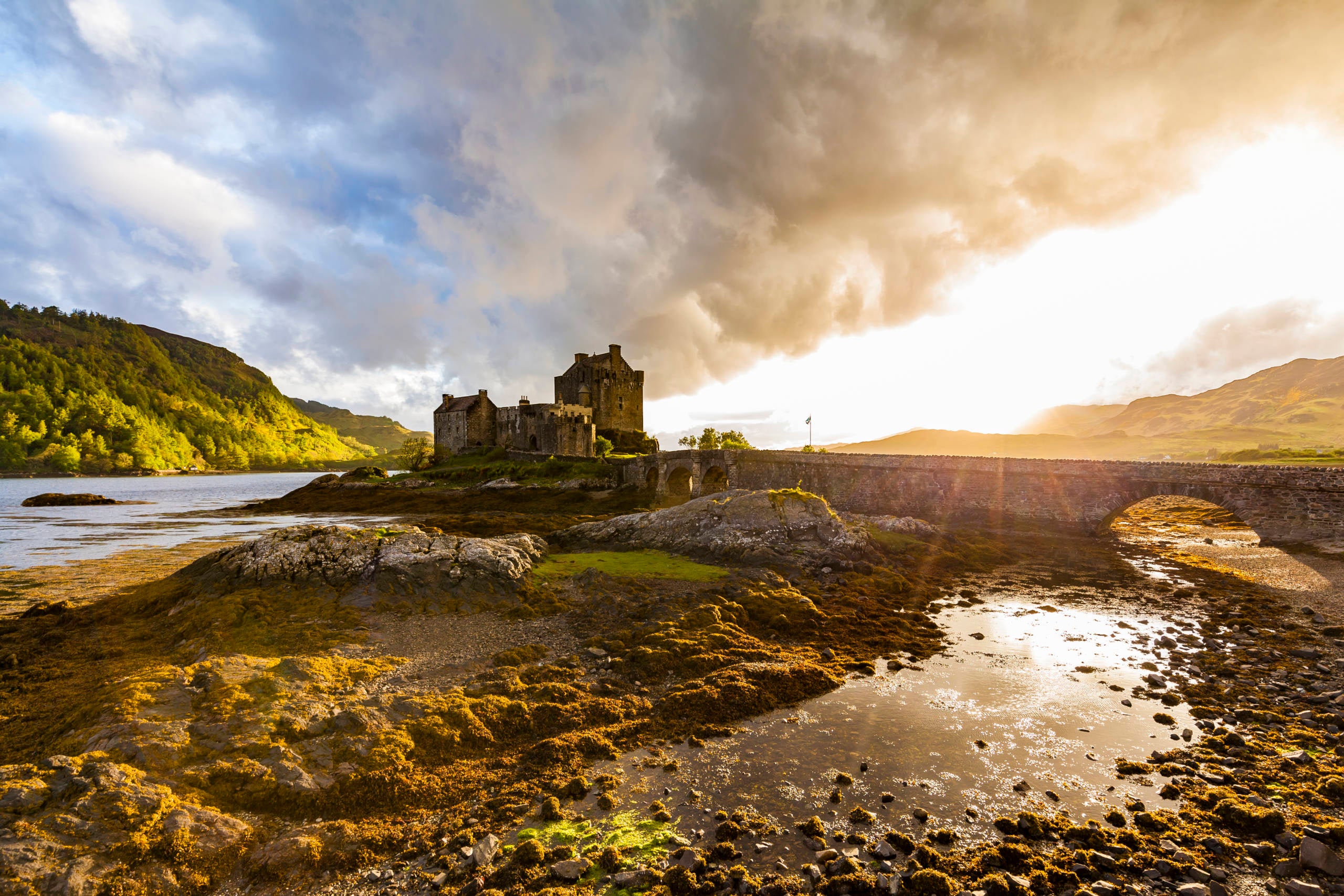 If you're yet to experience the wonders that Scotland has to offer, then add it to your post-pandemic bucket list right this second.

The sheer variation in landscapes and scenery is really spectacular and on our doorstep, making it the perfect place for a road trip -- like the North Coast 500, which I'm dying to do. Scotland is a real outdoor adventure playground. It's home to Ben Nevis, the highest mountain, and Loch Morar, the deepest body of freshwater in the U.K. and has a seemingly endless number of islands and beaches all just waiting to be explored.

Not only that, but Scottish people are an incredibly friendly and welcoming bunch who will help in any way they can to show off their beloved country. As a dear Scottish friend of mine once said: "Scotland might be a tiny country, but it has the biggest heart." I couldn't agree more.

And with the hope of the return to international travel right around the corner, it could be a great time to start planning a trip to this place of wonder.

Island life is a huge part of Scottish culture -- from Shetland way up in the north to the Isle of Aran in the southwest and the 900 or so islands in between. There's endless island hopping fun to be had and beautiful beaches to be discovered.

Each of the islands or group of islands has its own unique charm and culture. Take Orkney, for example, an archipelago made up of more than 70 islands that are located around 10 miles north of the Scottish mainland. They're steeped in history thanks to being inhabited for at least 8,500 years by the likes of Neolithic and Mesolithic tribes.

The easiest and quickest way to get to Orkney is by flying or driving to a Scottish airport and connecting to the islands with a Loganair flight. Pre-pandemic, there were flights operating between Kirkwall (KOI) -- Orkney's main airport -- and then Aberdeen (ABZ), Edinburgh (EDI), Glasgow (GLA) and Inverness (INV) and the Scottish mainland. However, there are currently services from Aberdeen. This is likely to change once travel starts to pick up again.

If you've been dreaming of faraway beaches with turquoise waters lapping at infinitely white sand, you might be surprised to know that you don't have to look much further than Scotland to find exactly that.

One such beach is Luskentyre on the Isle of Harris in the Outer Hebrides. Thanks to its calm and tranquil waters, you'd be forgiven for thinking you were on a deserted Caribbean island rather than the harsh Scottish Atlantic coastline. Again, the best way of getting there would be by air with a flight to Stornaway (SYY) from Edinburgh (EDI), Glasgow (GLA) or Inverness (INV) before winding your way 46 miles south to the beach itself. Due to the pandemic, the only flights between Stornaway and the Mainland are currently from Inverness.

If you love being by the water, then look no further than Scotland. Not only because of its 7,330 miles of coastline but because of its 30,000 lochs. A loch is the Scottish word for a lake or a sea inlet.

Loch Ness is undoubtedly the most well-known and owes its fame to the mystical beast living deep in its waters -- The Loch Ness Monster, or Nessie. From boat rides and water activities to castles and pubs, there's plenty to do and see in the area to keep you occupied should you visit. The northernmost tip of the loch is less than just 10 miles from Inverness, making it relatively easy to get to.

Perhaps one of the most picturesque spots in Scotland is where the three lochs of Loch Long, Loch Duich and Loch Alsh meet in the western Scottish Highlands. The focal point is Eilean Donan Castle, which rises up from a tiny island right at the point where the three lochs meet. It'll take you just shy of two hours by road from Inverness, the closest major city.

Scotland has long been a favorite for golfers around the world. Its deep-rooted ties to the sport start as far back as 1457 and include memorable moments like being the first place in the world to host the Open Championship at Prestwick in 1860. Nowadays, there are over 500 golf courses to be enjoyed.

St Andrews is a seaside town close to Edinburgh, which boasts a total of seven courses. It is known as "the home of golf" as it was there that the sport was first played in the 15th century. The town is also the home of Scotland's first-ever, and most prestigious, university -- the University of St Andrews.

Another well-known course is at Gleneagles, which is far more than just a golf course. It appeals to those who value being wined, dined and pampered as much as playing a round or two of golf. The breakfast buffet is one of the most impressive we've seen, and the afternoon tea was nothing other than a delight. Evening dining options range from casual pub classics at the Dormy restaurant to private dining with traditional whisky and haggis. Getting there couldn't be easier, as the Caledonian Sleeper train runs a direct service from London. At the time of writing, only services from Euston to Edinburgh and Inverness are running and are available for those who need to travel for essential reasons.

The Scots are proud of many things -- and rightly so -- including deep-fried Mars bars, haggis and square sausages. An answer to the often-Googled question "Are deep-fried Mars bars illegal?" I can confirm that they are indeed legit and have been served in chip shops throughout Scotland since the 1990s.

Haggis is a far more traditional affair and is considered the national dish of Scotland. It's a savory pudding made with the heart, liver and lungs of sheep, all mixed together with onion, oats, suet, spices and salt, then encased in the animal's stomach. Nowadays, you're more likely to find it bound together with an artificial casing, similar to that of a sausage and served with a side of neeps (swede) and tatties (mashed potatoes).

In terms of beverages, Scotland is one of only a handful of countries in the world where Coca-Cola is not the most-sold soft drink. The number-one spot is the firm favorite Irn Bru. Pronounced "iron brew," the deliciously thirst-quenching, bright-orange carbonated liquid is often dubbed Scotland's "other national drink" after whisky, naturally. It also has the power to get you feeling right as rain again after a night of whisky sampling.

Moving on to the harder stuff, there are more than 120 whisky distilleries across the country with its five main regions producing a wide variety of whiskies — each with a different and distinct flavor. Whisky is not the only spirit in town, as Scotland also produces 70% of the U.K.'s gin, including Hendrick's, Gordon's and Tanqueray. A personal favorite and a recent discovery of mine is Kirkjuvagr Orkney gin. I evening considered paying for a checked bag just so I can bring a couple of bottles back to London with me!

There are mountains and lakes, beaches and islands all over the world, but the uniqueness of Scotland really does make it one of the most beautiful places on earth.

Given that it's currently unclear as to the return of international travel, I am very much looking forward to making the most of Scotland's beauty once the time comes.