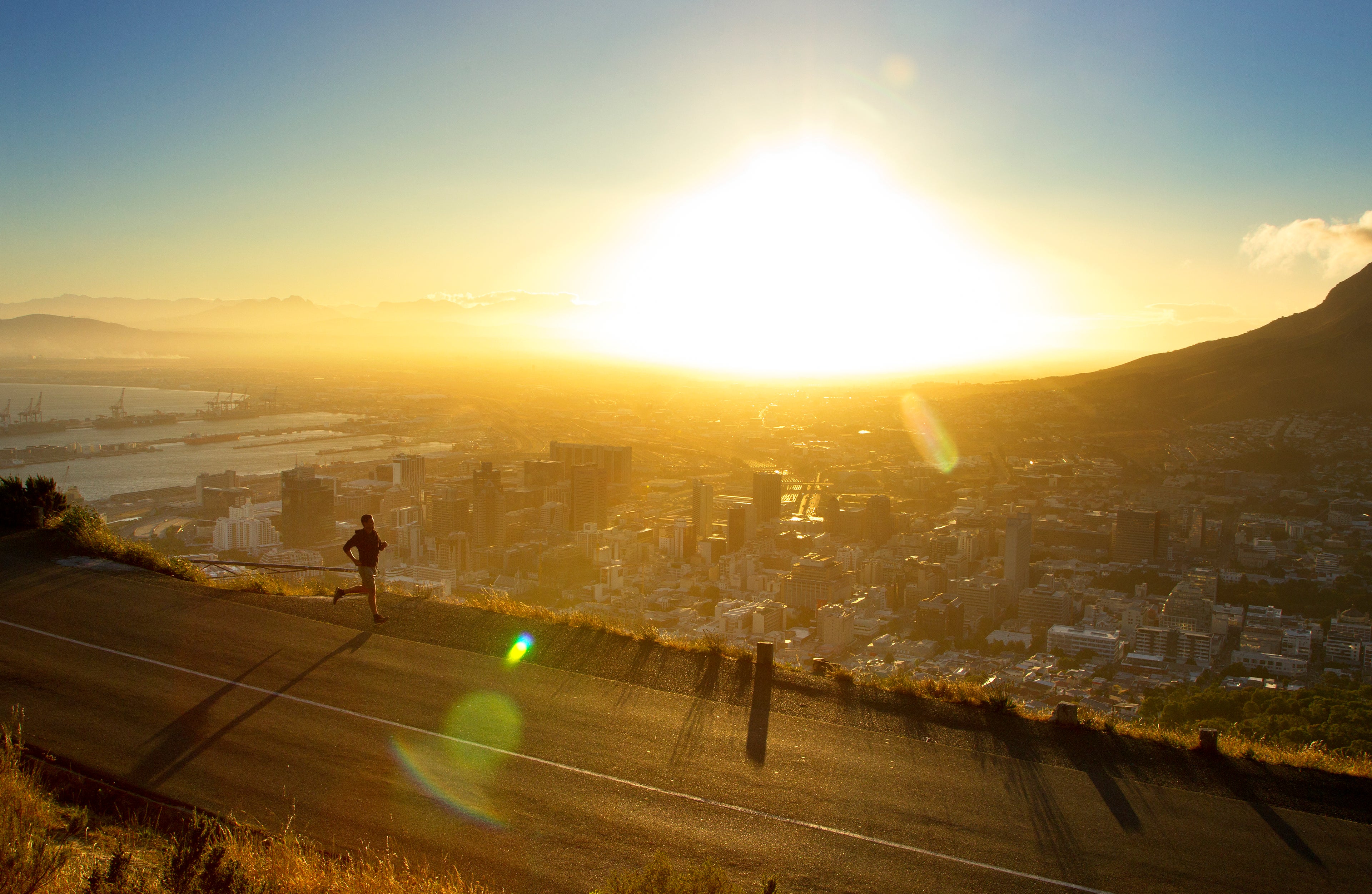 When I traveled for business, my stay in cities would often be very short. I was occasionally even in and out of a city in a single day. Often, I missed the opportunity to do some sightseeing or squeeze in any exercise.

I found that combining the two, especially on quick trips, allowed me to get out and experience the city I was in while doing something I might otherwise neglect to do because of time constraints: maintaining my fitness routine.

“When you’re traveling to a new city, the first thing you should do when you get to the hotel is change into your workout clothes and go for a long run,” wrote Ryan Holliday, a well-known author and entrepreneur, who described some of his travel habits on Tim Ferris’ blog.

So, the next time you arrive in a new city, drop your suitcase, lace up your running sneakers and head out on a long run through town as soon as you arrive. Take everything in as you move through the destination and discover the sights.

Plan before you run

Before you head out on your run, learn the layout of the city. Identify where you'll be staying; the beginning and end of your run; and key points along your route that peak your interest. Keep safety in mind as well. Research the neighborhoods you will be in, locate police stations and familiarize yourself with local traffic laws and patterns just to be safe.

Travelers should also scope out where to run using Google Maps or MapMyRun. Important things to look for include the types of roads you’ll be using, because you definitely want to avoid highways or busy roads that may not have a shoulder or sidewalk for you to safely use.

Figuring out routes before you start running can be tricky when visiting a new city, but apps like MapMyRun and Strava make it easier by giving you routes that have been used by runners before you. You can check with the front desk of the hotel you're staying in for running routes and other valuable information, too (like, say, the major street parade that could close a major thoroughfare for the day). You can also find local running groups through MapMyRun, or by using MeetUp.

Don't be afraid to stop

Many runners feel compelled to rush through their runs and will not stop for any reason. While this mentality has value when you're fully involved in training, a sightseeing run is probably not the occasion when you should be trying to set a new personal record. Find points along your route beforehand or as you go that you'd like to explore further and permit yourself to stop occasionally to actually check them out.

I even like to find areas with nice views and do some bodyweight exercises. Stop, take in the view, do a set of push-ups, burpees or squats, and then continue with your run.

You should also drop in at local businesses and meet new people along the way. These are often the times when you find some of the best spots in town, often just happening along a great local bar or bakery for that post-run beer or brownie. (Just saying.)

Plan before you go and get an idea of the route you'd like to take, but don't hold yourself to that one course. Pick a few contingency routes and be open to changing direction as you go. You may see something you'd like to explore, or find an intriguing path you'd like to follow. This is not the time to be be too rigid.

Just be sure to remember where you are, because getting completely lost isn't a great way to save time, see the sights or maximize your workout. Use an app to track your progress and position, and try to orient yourself by identifying landmarks, street names and understanding where you are in relation to your hotel or Airbnb.

You want to be flexible with your normal running routine, too — especially if it interferes with your ability to experience the destination.

For example, many runners love to have headphones in and listen to music or audiobooks while running. But a sightseeing run is a great opportunity to try running without the headphones, which can make it hard to hear what’s going on around you. This can be dangerous in a new and unfamiliar environment, but it can also prevent you from engaging with locals if you’re totally immersed in a song, book or podcast (like the latest episode of "Talking Points").

Plus, staying unplugged can help you learn about a city by its sounds: music playing in the streets, the roar of a passing train or crashing waves — whatever soundtrack you might otherwise miss if you're tuned into something else.

Derek Sivers is an entrepreneur who wrote the story of how he used to ride his bike up and down the Santa Monica beach as quickly as he could every day. What happened to this routine over time? Sivers became less excited about it because of how exhausted he felt afterward. Then, one day, he completed the same ride. Only now, he took his time. It was relaxing. He noticed his surroundings, and enjoyed the ride more. Plus, he finished only two minutes slower than when he pushed himself to his limit.

Sivers's advice is to relax a bit for the same result. Pace yourself and enjoy your surroundings. This is especially true when you’re running in a new city for the first time. Worry less about your run time and focus more on taking in the views and looking around.

Who doesn't want to explore his or her surroundings when first landing in a new city? Getting out there and seeing the sights is one of the greatest things about traveling to new places.