3 reasons why you should visit Mumbai 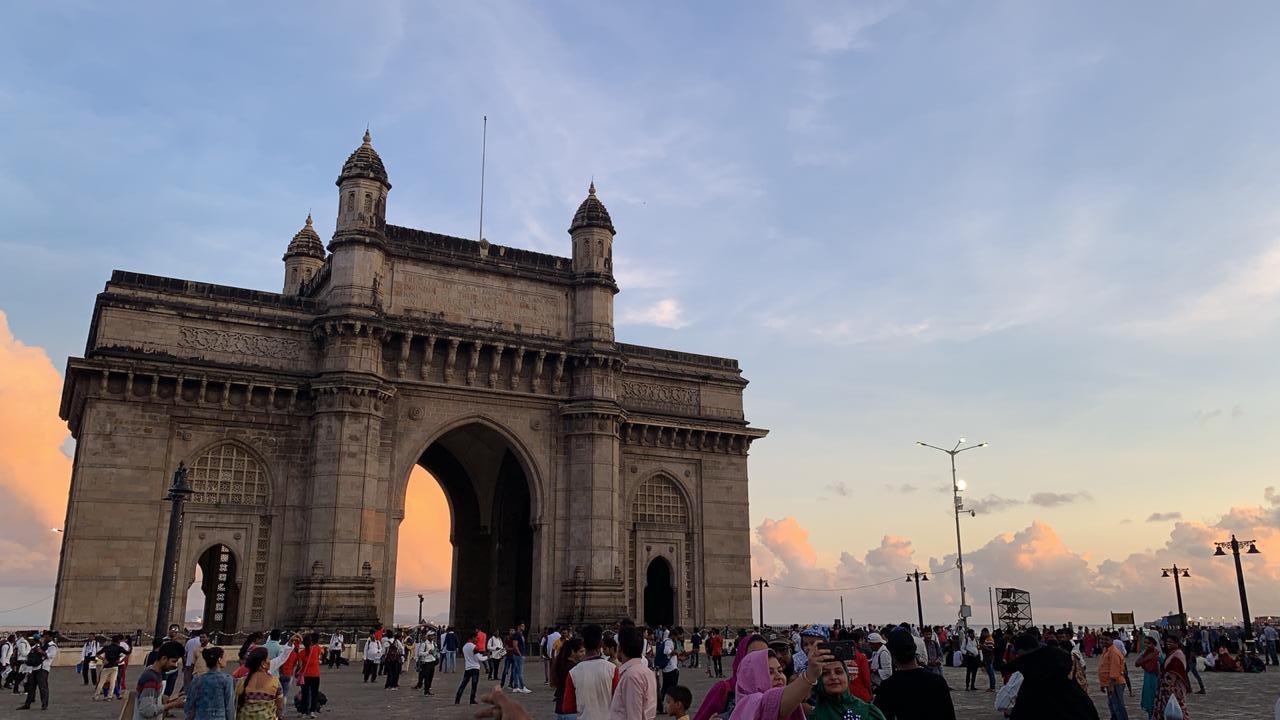 Mumbai, formerly known as Bombay, is one of India's most intriguing destinations. As the most populous city in the country, Mumbai is situated about halfway up the country's west coast and has a skyline to rival many Western cities. Add in the city's sights, history, delicious food and well-connected routes, and you'd be hard-pressed to find a reason not to visit (in Normal Times).

The Gateway of India

Probably the most standout landmark of all is the city's Gateway of India. The arch was erected to mark the landing of the British monarchy in India. It's very similar to other symbolic arches around the world like l'Arc de Triomphe (Paris), Marble Arch (London), India Gate (Delhi), Arco de Triunfo (Barcelona) and Arco da Rua Augusta (Lisbon).

Not quite the Taj Mahal itself, the Taj Mahal Palace has its own unique beauty. It's a five-star luxury hotel but attracts photographers and Instagrammers alike with its striking architectural features and beautiful brightly lit façade by night.

If you're a keen historian or just like being by the sea, then Bandra Fort is a must while in Mumbai. The building of the fort was completed by the Portuguese in the 17th Century and was a purpose-built watchtower looking out into Mahim Bay and the Arabian Sea.

If you didn't know already, India is world-renowned for its flavourful — and often spicy — cuisine. Mumbai showcases some of the country's must-try dishes and places to eat. Dishes are more often than not vegetarian, despite what you may think from the chicken kormas and lamb dansaks that are commonplace on carryout menus.

One such dish is Pav Bhaji, a spicy vegetable mash with soft buns and covered in cheese. It's an absolute must.

Street food is also high up on the menu in Mumbai. Khau Gali is the name given to any street that has a lot of street food vendors. There are dozens of them and they can be found all over the city.

One of the best is by Choupaty Beach, an area of the city where locals come to unwind and escape the city hustle. The beach itself isn't the most picturesque but there are plenty of others farther out of the city if you're looking for calm waters and beautiful sandy beaches.

Powai Lake is an artificial body of water in the north of Mumbai and was created by the British in 1799. Initially, it was used as a source of drinking water for those living close by, but now it's home to many different animals like crocodiles and dozens of species of birds.

Mahabaleshwar and the Sahyadri Mountains

Mahabaleshwar is a cluster of three tiny towns on a plateau nestled in the heart of the Sahyadri Mountains, which boast one of the only evergreen forests within India. It'll take around five and a half hours to drive there from Mumbai, but it will definitely be worth the effort when you get there.

The area features many temples, old Indian architecture and several stunning viewing spots (Three Monkey Point, Arthur Point, Kate's Point and Wilson Point) looking out to some of the most stunning scenery India has to offer.

For the real adventurers, Mumbai is a great place to start a train or road trip down India's West Coast to Kerala, the country's southern-most state.