Your Points and Miles Guide to Madrid

Articles
Lori Zaino is a writer for TPG and TPG UK covering travel, news, points and miles and more. She's been based in Madrid, Spain almost 15 years and is an expert in travel throughout destinations such as Europe, Southeast Asia and Africa.
Follow
Dec. 30, 2017
•
10 min read 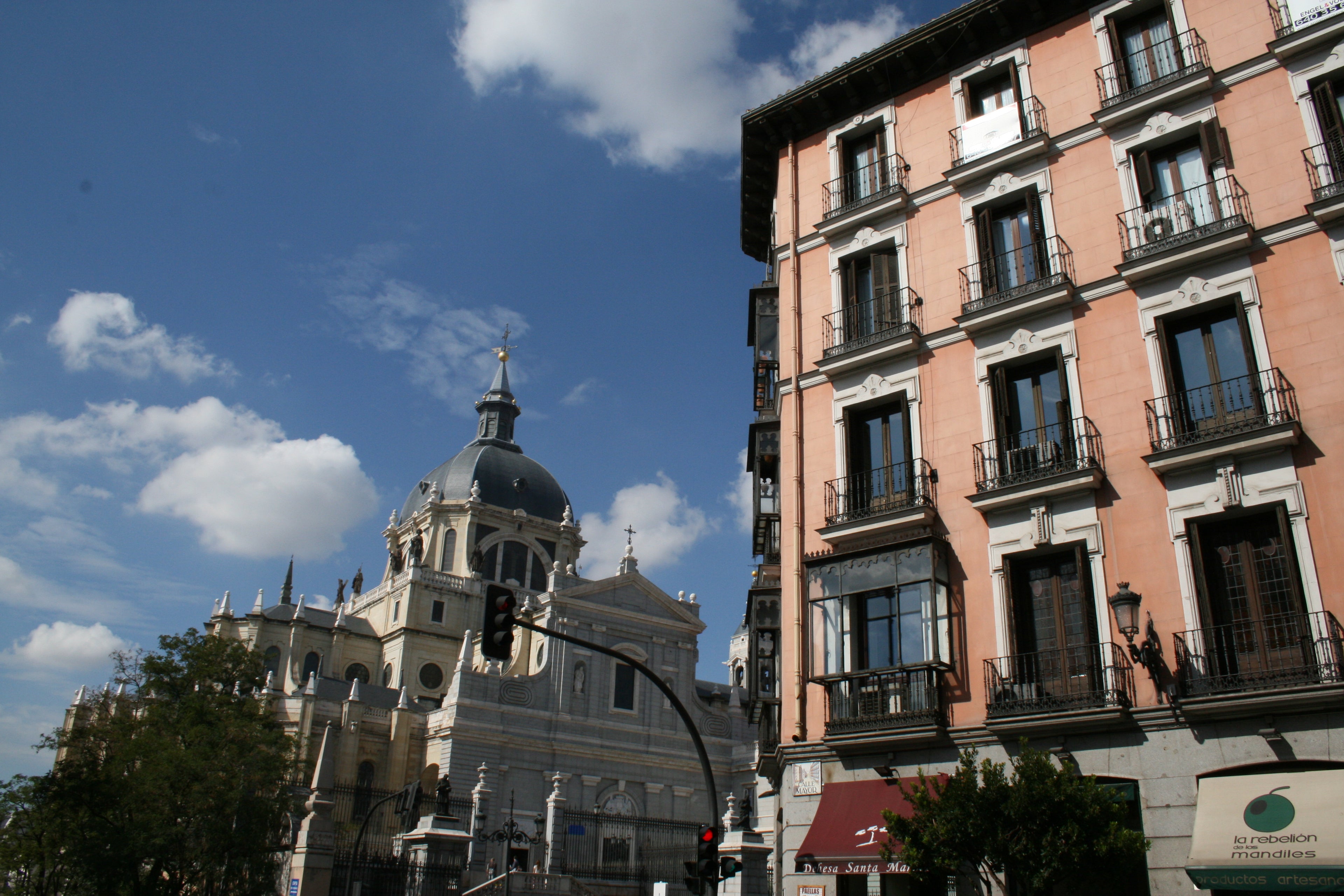 Madrid, Spain may be one of the most underrated cities in Europe. Often ignored in favor of the more touristy Barcelona or the flashier Seville, Madrid is an afterthought for many tourists, who are usually pleasantly surprised at the city's incredible cultural offerings, delectable tapas and stunning architecture. The fact that Madrid is Europe's sunniest capital adds some charm too; you can stroll the city's quaint cobblestone streets under the warm rays more than 300 days a year.

Here’s how to make the most of your next trip to Madrid, with tips for getting there using miles, staying there with points and other fun activities to do when you’re in town.

Using Avios on Iberia for this trip is an economic alternative, allowing you to avoid the huge fuel surcharges charged by British Airways. To fly off-peak, you'll need 17,000 Iberia Avios per way to fly in economy class, 25,500 in premium economy and 34,000 in business.

United flies nonstop to MAD from Newark (EWR). Try searching for a saver award, which costs 30,000 MileagePlus miles in economy or 60,000 in business one way.

Delta flies to Madrid from Atlanta (ATL) and New York (JFK), and Air Europa goes from New York (JFK), Miami (MIA) and seasonally from San Juan, Puerto Rico (SJU). The Delta SkyMiles program no longer has an award chart, so mileage amounts can vary greatly depending on your travel dates. With Air Europa's SUMA program, you can expect to spend at least 25,500 points per way in economy class and 51,000 per way in business class.

The Madrid-Barajas Adolfo Suárez Airport (MAD) is just 11 miles outside of the city center with a variety of easy options for arrival. The metro line 10, also known at the pink metro line, has stops at all the airport terminals. Expect to pay a little bit extra as there's a small airport supplement fee on top of the regular metro cost (4.50 euros/$5.30). You can take the Airport Express Bus (5 euros/$6) with stops in Atocha, Cibeles and O'Donnell, or the EMT 200 bus (1.50 euros/$1.75) that stops in Avenida America, Arturo Soria and Canillejas. Taxis cost a flat rate of 30 euros (about $35) or you can order an Uber or Cabify which are typically slightly cheaper and often more comfortable than a taxi. It's also helpful to understand the layout of the airport in case you need to change terminals: T1, T2 and T3 are all located within walking distance from each other, while T4 (Oneworld) is a short drive away. There are free buses running between all the terminals.

Once you've made it to the city center, getting around is cheap and simple. The metro is organized by number and color and there are special tourist passes available which are valid on both bus and metro transport. The city center is fairly compact and perfect for strolling, making it easy to explore a number of different neighborhoods on foot. You can also register for car-sharing services and zip around the city in your own smart car with Car2Go, a larger vehicle with emov or even on an electric motorcycle with eCooltra or Muving. BiciMad is a bike-sharing system with electric bikes, so you won't need to work too hard going up the hills in the city.

You’ve got a million options when it comes to using hotel points in Madrid, but here are some of our favorites. A member of Marriott's Autograph Collection, the Hotel Círculo Gran Vía is the only "adults only" property in the city. The building has grand historical significance and dates back to 1924, but has been renovated to hold 71 guest rooms, meeting rooms and a fitness center. There's also a fancy rooftop terrace where you can enjoy views of the famous Calle Gran Vía and beyond — and there's even a casino in the same building. Room rates start at 167 euros (~$197) or 40,000 Marriott Rewards points per night.

If it's Starwood you're after, it's a tough pick between the fancy Westin Palace Madrid, a TPG favorite, and the decadent Design Hotel property the Principal Hotel. The Westin Palace is known for its regal vibe, comfortable rooms and famous Opera brunch. Room rates start at 205 euros ($240) or just 12,000 Starpoints per night. The Principal, which has a more boutique feel, is known for its fantastic rooftop terrace and relaxing wellness treatments. Room rates start at 209 euros ($246) or 20,000 Starpoints per night.

If you're hoping to burn some IHG Reward points, the InterContinental Madrid is a comfortable, stylish property located next to Madrid's shopping district. The meeting rooms are especially gorgeous, and the hotel is famous for hosting some pretty fabulous events, from Sunday brunch to weddings to large business conventions. Room rates start at 168 euros ($197) or 40,000 IHG Rewards points per night.

Walk the City From Top to Bottom

Since Madrid is easily walkable and almost always has great weather, a DIY walking tour is the perfect way to get the lay of the land.

Start in the very center of the city, Puerta del Sol. Then walk down Calle Mayor until you see the famous Plaza Mayor, which recently celebrated its 400-year anniversary. Stand in the middle and try to forget the tourists and street performers; instead, imagine the Plaza as it once was, an important space used for things like bullfights, town meetings, public executions, crowning ceremonies and even Spanish Inquisition trials.

Then, pop into the famous Mercado de San Miguel to check out dangling legs of Iberian ham and cured Manchego cheese. The market has changed from a Madridleño hangout to a tourist epicenter, so a brief stop to simply view all the food delights is plenty — save your appetite to snack at a more local spot. Follow Calle Mayor down until you hit the Almudena Cathedral and the Palacio Real, which is actually the largest palace in Europe by floor area.

Don't forget to stop into the picturesque Sabatini Gardens to enjoy the manicured labyrinth of bushes and trimmed trees while admiring an epic view of the north side of the palace.

Keep going past Plaza España and visit Madrid's Templo de DeBod. A gift given to Spain from Egypt in the 1960s, the temple actually dates back to the 2nd century B.C. The temple is located in a peaceful park that offers amazing views of the city. Make sure to spot the palace, cathedral and the giant Casa de Campo park.

Continue your tour by crossing through Plaza España to walk the length of Calle de Gran Vía, one of Madrid's most famous streets. Enjoy the glamour of the theaters, shops and grandiose architecture. Stop to admire the famous Metropolis building, which has 30,000 leaves made out of 24-carat gold covering the top.

If you still have energy, you can follow Calle Alcalá up past the famous Cibeles Plaza and fountain then head toward the Puerta de Alcalá, a giant archway which was once the entrance to the city. Once you've snapped a few photos under the arch, head into the Retiro Park. Wander past the trees and statues until you see the lake and the Palacio de Cristal, a palace made almost entirely of glass with art exhibits inside. Then, collapse on the grass for a well-deserved rest under the sunshine.

Chow Down Around Madrid

While the city has endless options for food, eating a larger meal at lunch is how the Spanish typically do things. Most restaurants around the city offer a weekday Menu del Día for a fixed price (usually between 10-15 euros). These menus will include a drink (wine, beer, water or soft drink), an appetizer, a main course and a dessert or coffee. Usually, the menu options are written on chalkboards set outside of restaurants around the city, so you can wander around and find a spot that seems appetizing.

Some of the best fixed-price menus around the city can be found at Maricastaña, a stylish spot with unique takes on typical Spanish foods; Momo, which has an extensive list of options to choose from; and Banibanoo, an Iranian spot with many vegetarian options.

Dinner is best done with tapas, small plates which you can order to share along with beers or wine. Platea is a luxe four-floor food market with a variety of different tapas options — plus they often have live music or entertainment. If it's outdoor seating you're after, give Lateral a try in Plaza Santa Ana — they have some of the tastiest tapas in the city. If you want something trendy and gourmet, reserve at 80 Grados, which has tapas cooked at different temperatures.