A Passenger's Guide to Turbulence

Articles
Charlie Page is a senior first officer on the Boeing 787 Dreamliner with over 10,000 hours of flying experience, both around Europe on the A320 family and worldwide on the B787. He is also a freelance writer, contributing to a range of print and online publications.
May 04, 2019
•
9 min read 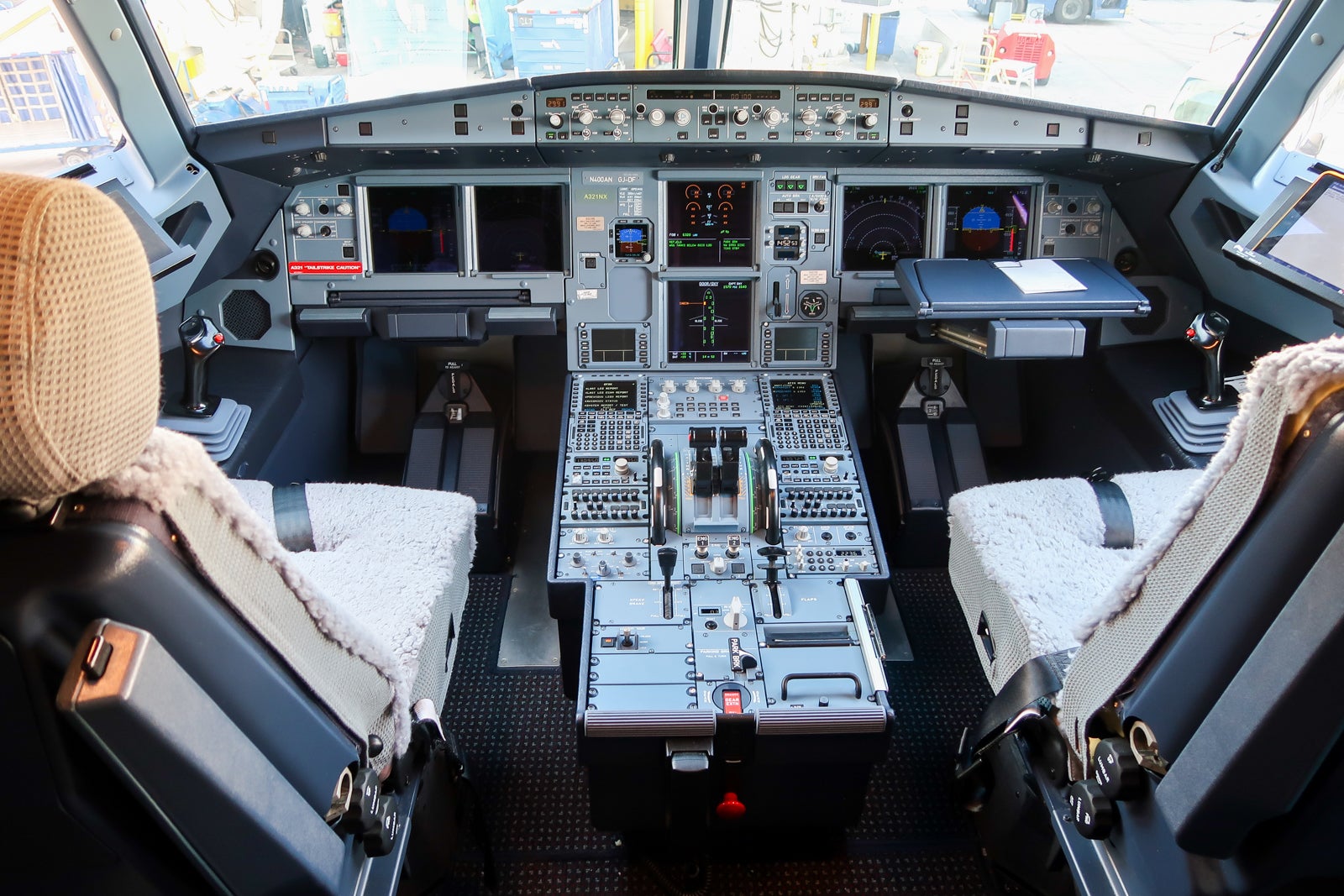 Charlie Page is a Boeing 787 Dreamliner pilot. Each Saturday, his column addresses common questions about flying.

The flight's going well and dinner was surprisingly tasty. The crew were warm and engaging. You're enjoying a film with a glass of wine before getting some sleep. Then it begins. First it's just a few ripples. Your wine starts to slosh around in the glass. It's fine. You got this. Then, that little drop. A quick glance out the window doesn't tell you much. Another rumble. The seat belt sign comes on. Urgh, here we go. Sound familiar? For millions of passengers every day, this is an all too familiar sensation. You know it's safe, you've read the stats. But still, that anxiety lingers. What's really going on though? How can I deal with it? And are the pilots hanging on for dear life?

What Above Earth Is Going On?!

In its most basic form, turbulence is caused by changes in the airflow around the aircraft. It's these fluctuations in airflow that cause the bumps. It's very much liking being on a boat. As the water below the boat moves, the motion of the boat changes. The boat will never 'fall through' the water, it will just bob up and down — and it's the same concept in the air.

Clouds, thermal updrafts or changes in wind velocity can all be causes of turbulence. You're probably fairly familiar with the bumps you experience when flying through clouds, but what about the other causes?

There's No Such Thing as 'Air Pockets'

First, let me dispel a common myth once and for all. There's no such things as 'air pockets'. I have no idea where this phrase came from, but it can only have been invented by someone who has never studied basic physics. Let's go back to the water analogy. Air behaves very much like a liquid — it will fill any void into which it can flow. As a result, there can be no such thing as an air pocket. Find me a similar 'water pocket' and I'll happily give up my job and become a Flat Earther.

So What's Causing the Bumps?

Most turbulence is caused by fluctuations in the wind's velocity — it's speed and direction. It is what's commonly known as Clear Air Turbulence, or CAT. To understand why this causes turbulence, we need a basic physics lesson.

Fast forward a few hours to your post-dinner film and glass of wine. If the air flowing over the wings remains a constant velocity, there will be no fluctuations in lift and thus a smooth flight. However, as the atmosphere is always changing, the wind velocity is always changing and as a result there will always be constant fluctuations in the lift. As the lift momentarily increases, the aircraft climbs slightly. As the lift momentarily decreases, the aircraft descends slightly. Multiply these changes in lift several times a second and you get what you feel as turbulence. And that's it — just like the example of being on a boat.

Should I Be Scared?

In a word, no. Changes in air velocity are as old as time itself and, as such, are a part of every flight. When designing aircraft, the airflow around the aircraft is a massive factor in how it flies, so the effects of turbulence are considered from the very first design. Passenger comfort is a prime concern for designers — so much so that modern aircraft have features to reduce the effects of turbulence.

On the 787 Dreamliner, which I fly, we have a Gust Suppression System. Using a variety of sensors, the aircraft is able to detect the instantaneous wind changes around it. Flight computers then use this information to determine how that wind change will affect the lift on the aircraft. They then send signals to the flight control surfaces, which make an equal and opposite input to counter the loss or gain of lift. All in a split second, so fast that neither passenger nor pilot is aware it's happening.

You may also see the wings wobbling during the flight. This is completely normal and very much part of the design. Ever seen those flexible jetties in the sea? The principle is exactly the same. Allow the wing to flex and bend and it will ride the bumps better.

What Are the Pilots Doing?

Contrary to popular belief, the pilots are not hanging on to the controls for dear life. As turbulence is part of pretty much every flight, your pilots will be well used to it and will be well versed in how to make the ride as smooth as possible. Their biggest worry is spilling tea on their trousers. Honestly.

During the cruise, the autopilot does the dogs-work of keeping the wings level and following the pilot-controlled flight path. This gives us the capacity to keep a watchful eye over all the other systems, including the airspeed — the speed at which the air is moving over the wings. As the conditions start to get a little bumpy, the airspeed fluctuates slightly and as a result, the altitude can also vary slightly. However, these changes are normally as little as 4mph-5mph in speed and 10ft-20ft in height. These numbers are so small that they're barely noticeable and totally normal.

When things start to get a little more bumpy, the first thing we'll often do is slow down. Very much like driving a car down a bumpy road, slowing down enables us to ride the bumps better and keep things more comfortable for passengers in the back. More often than not, this does the trick. If things don't smooth out soon, changing altitudes may be an option. To do this, we speak to Air Traffic Control to find out from other aircraft around us how bumpy it is at their altitude. However, quite often if it's bumpy at one altitude, it's bumpy at all altitudes, so there may not be any benefit in changing.

Do the Pilots Know It's Coming?

Sometimes. Turbulence, like all weather, is not an exact science. Areas of turbulence are forecast and this information is provided to pilots during their preflight brief. However, this isn't always entirely accurate. A more useful way of predicting turbulence is using the pilot's skill, knowledge and experience once airborne. A good crew will use their combined efforts to recognize signs of potential turbulence and act accordingly. Certain cloud formations and strong winds over mountainous terrain are good indications that it might get bumpy ahead. Reports from other pilots over the radio are also good indications of areas of bumpy weather.

Have you ever been on a flight where the seat belt signs come on even though it's not bumpy? This isn't a mistake. It's the pilots using their skill, knowledge and experience to keep you safe. More often than not, this is just a precaution, but our sole reason for being there is to keep you safe and comfortable. So, if that sign comes on, return to your seat and fasten your seat belt.

What Can I Do to Cope With It?

The biggest factor in anxiety about flying is not being in control. You sit in an alien environment for hours on end, having total trust in a few people you may never even see. That said, there are a few things you can do to help yourself deal with anxiety around turbulence. First, chat to the cabin crew. They are used to looking after people who have worries about flying, so even a friendly glance or 'Hello' from them when it gets bumpy will help to reassure you.

Second, ask to chat with the pilots before the flight. Depending on the airline, flight deck visits are still allowed on the ground. If they're not too busy, most pilots would love to invite you to 'the office' to show you that we're just normal people like you.

Also, you can try and get a seat over the wings. As mentioned before, all aircraft are designed to flex and bend to ride the bumps. This means that, in theory, the front and back are often more bumpy than over the wings.

Finally, imagine your aircraft is a car on the road. Sometimes you're on the motorway and it's nice and smooth, sometimes you're on a potholed country road where it's bumpy. If you drive the car according to the conditions, your safety is never in doubt. It's just a little uncomfortable. It's exactly the same in the air.

So, next time your post-dinner film gets interrupted by a few bumps, have faith in the fact that you're sitting in one of the most technically advanced machines ever designed being flown by some of the best-trained professionals in the world.