Articles
Lori Zaino is a writer for TPG and TPG UK covering travel, news, points and miles and more. She's been based in Madrid, Spain almost 15 years and is an expert in travel throughout destinations such as Europe, Southeast Asia and Africa.
Follow
May 12, 2019
•
9 min read 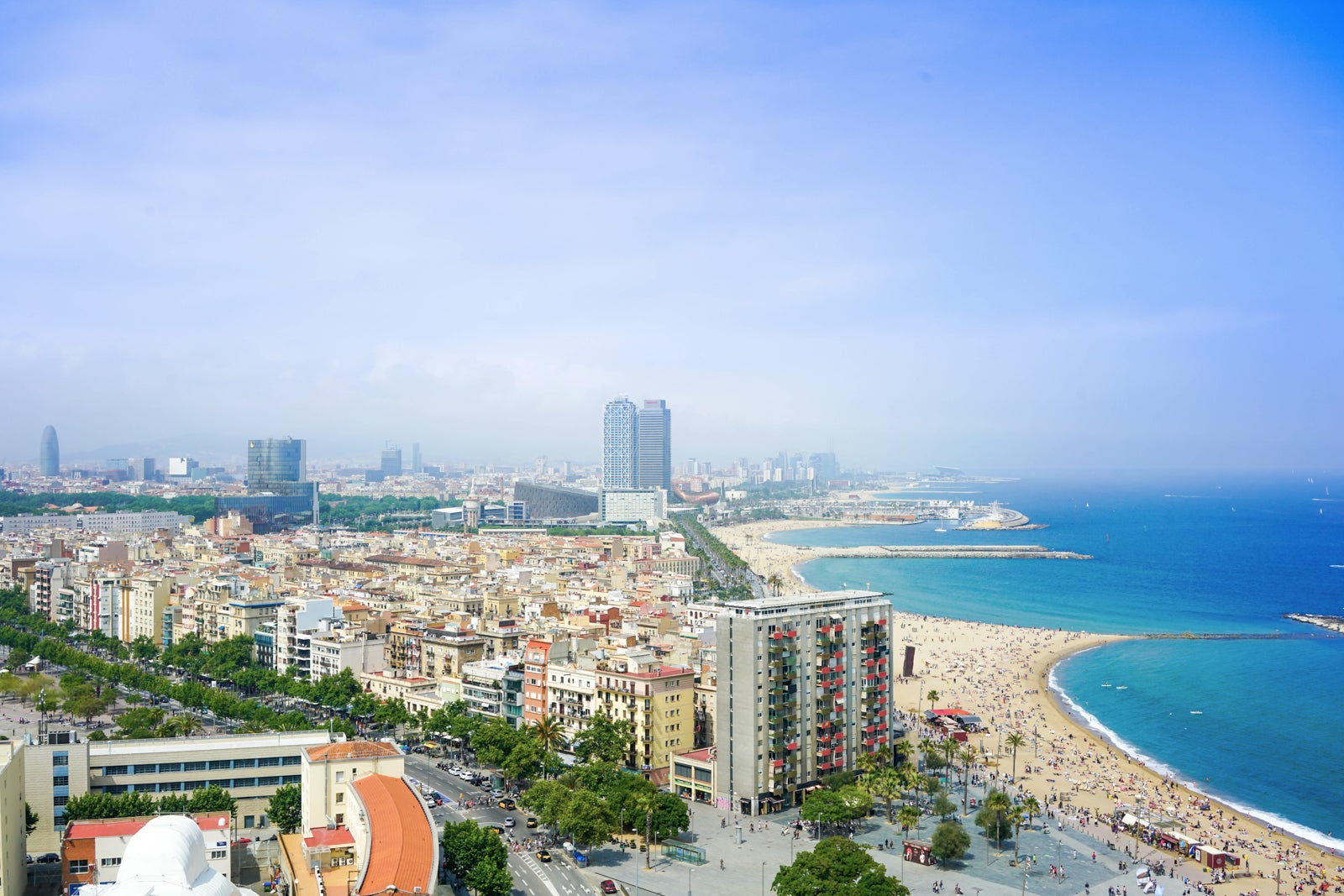 Catalonia is one of Spain's most visited regions, and Barcelona is easily the top spot. With more than 30 million visitors in 2016, the city has been cracking down on tourism, and even creating laws to keep tourists at bay. Here at The Points Guy, we think you should visit Barcelona this year -- just please, do so responsibly.

Being a knowledgeable and thoughtful tourist will ensure you have a safe and happy visit to Barcelona (and Catalonia in general) and leave a smaller footprint on the area's already-overwhelmed tourism industry. So if a trip to Barcelona is on your radar, avoid these nine common mistakes travelers too often make.

1. Not Buying Attraction Tickets in Advance

Barcelona boasts some of the most famous tourist attractions in the world, including the stunning Sagrada Familia cathedral designed by Antoni Gaudí. As the massive church nears its target completion date of 2026, the number of daily visitors continues to grow. It's essential you book tickets ahead of time, online, if you want to see this magnificent piece of architecture during your visit. The same goes for the Gaudí-designed Park Güell: a green space atop Carmel Hill with a variety of whimsical attractions like a mosaic-covered lizard, a life-size gingerbread house and, of course, those famous undulating benches, where you can relax and enjoy sunset views of the city and sea. Buying your tickets online will prevent you from waiting in very long lines or even the disappointment of realizing these attractions do, indeed, sell out for the day (or even the week).

While there's a reason the city's big-name Gaudí attractions and popular Boqueria market are at the top of every tourist's to-do list, go deeper for a closer look at the city's history and culture. Markets such as Ninot or La Concepció are what the Boqueria was before it became a space primarily for camera-toting travelers. Museums like the Fundació Antoni Tàpies’s will open your eyes to spectacular Spanish art, while an afternoon in the Parc del Laberint d'Horta, with its labyrinthine maze of manicured shrubs, will delight the entire family. There are even secret bunkers and shelters underneath the city streets dating back to the Spanish Civil War you can explore during your trip to Barcelona. Beach bums can reach some truly fantastic seaside spots just by taking a short train ride from the city center that are much less crowded than the city's main Barceloneta beach.

3. Losing Sight of Your Personal Belongings

Yes, we know that all you TPG readers are savvy travelers. But I've watched even the most experienced travelers set their iPhone down on a table while dining or leave their belongings unattended while dipping in the ocean for a quick swim -- and I've been guilty of doing the same myself. Barcelona, while safe from most violent crimes, is sadly known for pickpocketing and petty theft. Be on alert, leave your passport in the hotel safe and take care of your belongings, especially while dining (both inside and out); walking along on crowded streets; at the beach; and while riding on public transportation. If you plan to leave Barcelona to visit the Costa Brava, be watchful of your rental vehicle and be aware of potential scams that may occur, which include distracting travelers by damaging a tire and then stealing items from the car.

4. Spending Too Much Time on La Rambla

If you want to walk along La Rambla, one of Barcelona's most famous streets, go for it. Tourists should still see all the main tourist attractions, after all. But spending a long time there is exhausting: You'll have to push through crowds, clutch your personal belongings like there's no tomorrow and avoid street vendors peddling, well, pretty much everything. Even eating along La Rambla is overpriced and unauthentic, and wandering just a block or two away will give you a far less hectic and more affordable experience when it comes to eating, shopping and simply admiring your surroundings. (Unless it's McDonald's you're after, anyway.)

5. Joking About the Great Catalonia Debate

While this debate has been happening for many years, 2017 and 2018 saw referendums, strikes and protests related to Catalonian independence. Regardless of what side you're on, it's probably best not to loudly air any opinions on the matter, discuss the topic with locals unless you know someone well or are specifically asked to share your position. This is a sensitive topic all across Spain that dates back to the early 20th century, but obviously tensions are far more heated in the Catalonia region, so be respectful and avoid any joking, insensitive questioning or intentionally combative opinions.

6. Eating Paella on the Beach

Paella hails from the seaside city of Valencia, and you can find spots to eat this aromatic saffron rice dish in many other areas of Spain — including Barcelona. But do yourself a favor and don't order it along the beach, an area known for having overpriced and, frankly, pretty bland paella. As a rule of thumb, any restaurant with photos of paella isn't the right spot to order it. If you really want to sample the dish, ask your front desk agents at your hotel where they like to go. Typically, at the best paella spots, you'll have to reserve and order the dish the day before (especially if you're in a group) so they can make a personalized pan of paella. Planning ahead and asking for recommendations will ensure you get to sample the dish in a reasonably priced, authentic way.

Move over, Amsterdam. For travelers who love to cycle, Barcelona is one of the greatest cities in Europe for biking. Most of the city center is reasonably flat (if you stay away from Park Güell, of course), with a number of designated bike lanes. Plus, you can almost always count on mild, sunny weather year-round — absolutely perfect for cycling. Bike tours are an excellent way to view the city's architecture and there are plenty of rental places scattered across the center and near the beach, if you prefer to cycle off into the sunset on your own. If you don't want to get mixed up in navigating the downtown area, the bike lanes along the beach allow riders to cruise away without fighting car traffic.

8. Walking Around the City in Beachwear

The beach is one of Barcelona's greatest selling points. But the distinctly separate beach and city scenes must be navigated carefully. One of the easiest ways to offend locals is to walk around non-beach areas of Barcelona in a bikini or without a shirt: it's taboo. So save your bikinis and speedos for the beach and cover up with clothing when you're exploring the city area -- especially when venturing inside shops or restaurants.

Although Spanish mealtimes are later than most, locals don't expect you to adhere to them. Eat when you want — just don't be surprised if a restaurant is completely empty at 7:30pm (or still closed); if nothing is open at 6am for breakfast; and if smaller shops are closed between 2 and 5pm. Many places are slowly changing to cater to tourists, but being flexible when it comes to mealtimes and shop hours is key. After all, the beauty of the Spanish culture is due, at least in part, to the nation's relaxed attitude. The best suggestion is to go with the flow -- and why not take a siesta too while you're at it, too.