Expert Mode: Here's how to read the weather like a pilot

Articles
Ethan Klapper is a senior aviation reporter at TPG who focuses on the operational side of the airline industry.
Follow
Feb. 12, 2022
•
9 min read 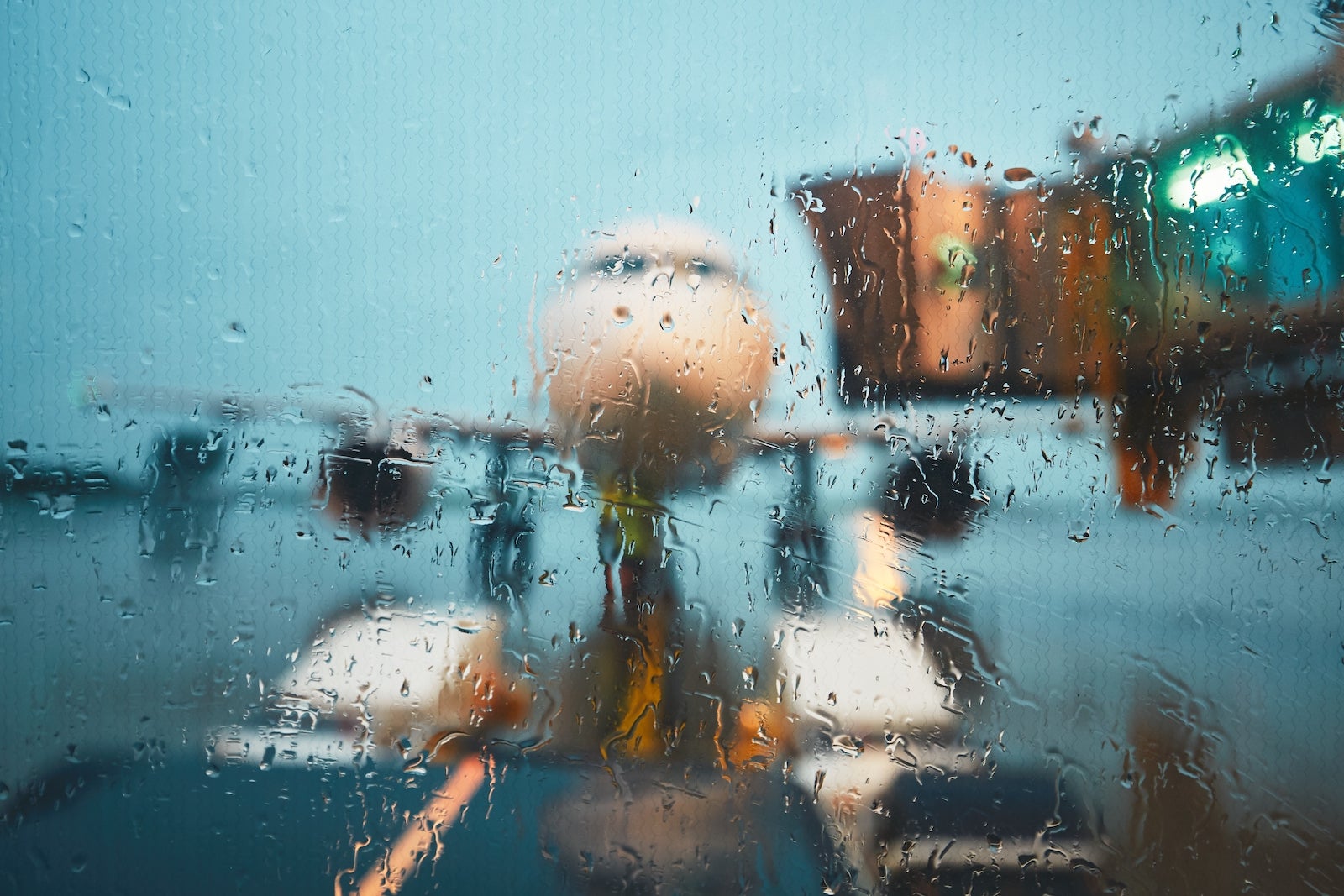 We’ve all been there. You’re flying somewhere and about to begin your descent. The captain comes on the public address system to update you on the destination’s weather. Where is that information coming from? Well, it’s not the basic weather app you can find on your phone.

Your captain is reading an aviation weather report, called a METAR. The METAR was either uplinked to your plane’s computers through a system called ACARS (essentially an aviation text-messaging system) or through an advanced weather app that pilots can access through company-issued tablet computers that connect to the aircraft’s WiFi system.

No matter how your captain received the METAR, this text-based report would have been written in the same, standardized format. These reports are generally issued hourly, though they come more frequently as weather conditions warrant. At large airports, the weather is observed and the METAR is written by a human, while at smaller airports, the process tends to be automated.

But while METARs convey standard weather information, reading them can be a bit complicated. Pilots are trained in how to decipher them, though it’s not everyday reading for those who don’t know what they’re looking at.

This is a typical METAR, which can be accessed for airports worldwide at this National Weather Service website:

Welcome to Expert Mode, an occasional series here at TPG where we peel back the curtain on the operational side of the airline industry. To kick off the series, let’s learn how to decode this METAR, so you can read the weather like a pilot.

This is the International Civil Aviation Organization (ICAO) airport identifier that tells you where the report is from. In the 48 contiguous United States, almost all ICAO airport codes are simply the airport’s three-letter International Air Transport Association (IATA) code, with a K prefixed to it. There are some exceptions where the ICAO and IATA codes don’t match. One example is Phoenix-Mesa Gateway Airport (AZA), which has an ICAO code of KIWA. In this case, the KORD code at the beginning of this METAR means this is the reported weather for Chicago O’Hare. Use this website to look up an ICAO code.

This is the wind. In this case, the wind is blowing at 250 degrees (relative to true north versus magnetic north) at 21 knots, gusting to 34 knots. This means the wind is rather strong, coming from about 20 degrees south of due west. If the wind is reported as 00000KT, that means the wind is calm. There are also some special ways in which variable wind is coded, which we won't get into here.

This means there is 3 statute miles of prevailing visibility. In the U.S., you’ll see visibility reported anywhere from M1/4SM (less than a quarter mile) to 10SM (10 miles and greater).

This is the precipitation section, and in this case, -SN means light snow is falling. The two other intensity options here would be SN (snow) and +SN (heavy snow).

Here are some of the types of precipitation you’ll see coded in a METAR. Like the snow example above, these can be modified by a minus sign (-) for light and a plus sign (+) for heavy:

In this example METAR, there is another entry in the precipitation group: BLSN. (You can have multiple types of precipitation happening at once!) This stands for blowing slow, since precipitation can be modified by a descriptor. Some descriptors you’ll see:

So, a thunderstorm with heavy rain would be +TSRA.

Not included in this METAR, but important to know, are a few types of sky obscurations and other types of phenomena:

Like the precipitation group, you can have multiple layers of clouds in the sky condition group.

It’s formatted like this: temperature (degrees C)/dewpoint (degrees C), with M meaning minus.

To the average traveler, dewpoint roughly correlates with how humid the air is. But the measurement -- the temperature at which air needs to be cooled to for it to be saturated – is particularly important for pilots. A low spread between temperature and dew point can mean low visibility conditions like fog or mist are present at the airport.

This is the barometric pressure, in inches of mercury. This is important for pilots, because the primary altimeter that is used in aircraft needs to be set to whatever the local altimeter setting is when flying below 18,000 feet. Above 18,000 feet in the U.S., the altimeter is set to 29.92” — what is known as the standard altimeter setting. For O’Hare in this example, pilots would set the altimeter to 29.68”. Having an inaccurate altimeter setting could cause air-traffic separation issues, as well as terrain clearance issues in some areas, so accuracy is incredibly important.

In most countries outside of the U.S., you'll see this reported as Q1014 or something similar. This stands for QNH and is also a barometric pressure setting, but it's given in the metric equivalent of millibars. Pilots can set altimeters to either unit.

If you’ve made it this far, congrats! You’re well on your way to becoming an expert — and you probably want to read more. Here’s a handy guide to decoding METARs from the National Weather Service.