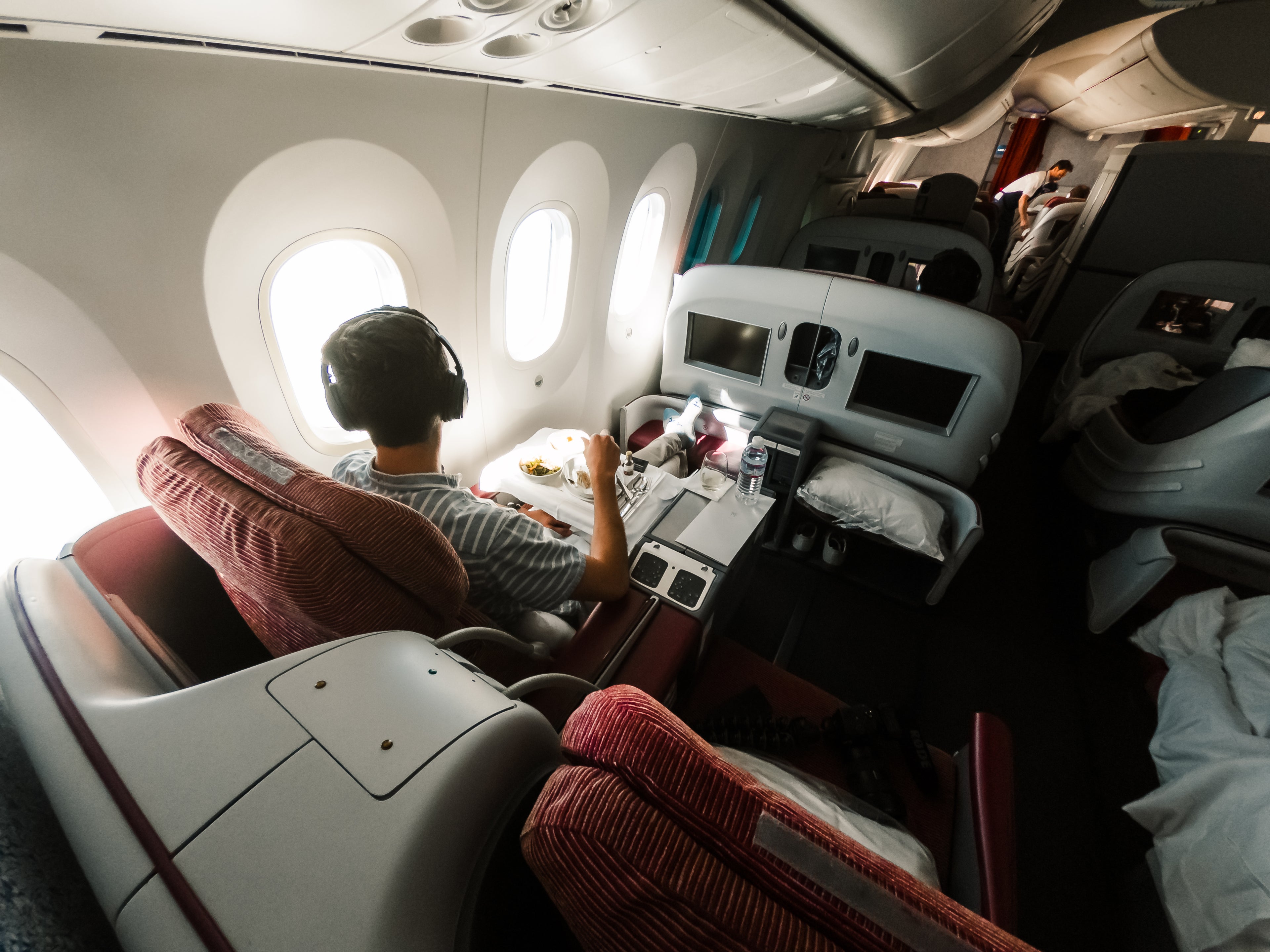 In this month’s episode of “Have Points, Will Travel,” Ian jets off to La Serena, Chile, .to be part of history and witness “The Great South American Eclipse.” To get there, he used British Airways Avios — transferred from Chase Ultimate Rewards — to fly LATAM business class. There are plenty of other ways to use points and miles to book an award ticket to Chile on a variety of carriers, but this redemption route was an easy choice for Ian as Chase was offering a 30% transfer bonus to British Airways at the time. In all, his ticket cost just 70,000 Chase points plus $5.60.

Ian gives a step-by-step explanation of how he booked to his flight at the end of the video, but here's everything laid out on a single page for those who learn better by reading.

LATAM Multiplus isn't a transfer partner of any of the major transferable points programs so the best way of booking LATAM awards is through an airline partner like Alaska Airlines, American Airlines or British Airways. Among those, British Airways Avios are the easiest to collect as the program is a 1:1 transfer partner of both American Express Membership Rewards and Chase Ultimate Rewards.

British Airways uses a distance-based award chart, so the amount of miles necessary to book this award will vary by departure city. In this case, Ian was departing from Los Angeles (LAX), so his business-class award to Santiago (SCL) came out to 90,000 Avios one-way. However, as previously mentioned, Chase was running a 30% bonus on transfers to British Airways when Ian booked his flight so he only needed 70,000 Chase Ultimate Rewards points for this redemptions (since Chase points must be transferred in 1,000-point increments).

American Express offers frequent transfer bonuses to British Airways as well, so you won't want to overlook Membership Rewards-earning cards either. One of the best cards for frequent travelers in Amex's portfolio is The Platinum Card® from American Express. As a new cardholder, you'll get 100,000 points after you use your new card to make $6,000 in purchases in your first six months of account opening — though you may be targeted for a 125,000-point welcome bonus through the CardMatch Tool (offer subject to change at anytime). Then, you’ll earn 5 points per dollar spent on airfare purchased directly from airlines or Amex Travel and on hotels booked through Amex Travel, and one point per dollar on everything else. Although the card has a hefty $695 annual fee (See Rates & Fees), you can get most of this cost back through benefits like airport lounge access, up to $200 in annual Uber credits ($15 in Uber credits for U.S. rides each month plus a bonus $20 in December) and up to $100 back at Saks Fifth Avenue, among many others. Enrollment required.

Alternatively, if you want to skip the process of having to transfer your points outright, you might want to consider the British Airways Visa Signature Card. It’s currently offering a sign-up bonus of 100,000 bonus Avios after you spend $5,000 on purchases within the first three months from account opening.

Finally, if you're sitting on a stash of miles with Alaska Mileage Plan or American AAdvantage, you could book this same award ticket through either of these programs. Alaska only charges 45,000 miles for a one-way business class flight on LATAM from the US to South America, while American requires 57,500 miles. There are two big limitations though. First, neither airline partners with a major transferable point program. Second, you can't book online, so you'd need to call — and note that Alaska adds an additional $12.50 fee to all partner awards.

As with most other Oneworld awards, one of the best places to search for LATAM award availability is through BritishAirways.com.

Once signed in to your British Airways Executive Club account, head to the ‘Book a flight with Avios’ flight search option, found underneath the ‘Book’ tab on the BA homepage. Type in your origin and destination, dates, select “Business/Club” and hit “Get Flights.” The closest airport to La Serena is La Florida Airport (LSC), but since Ian wanted to take the most direct routing possible, he flew into Santiago (SCL) and then drove eight hours to La Serena.

Unfortunately, LATAM is known for being rather stingy with releasing award space, so your best bet is to book either about 11 months advance or within two weeks of departure as Ian did.

Once you find your desired route with availability, you'll need to transfer your points from your credit card rewards program — American Express Membership Rewards or Chase Ultimate Rewards — to British Airways. (You can skip this step if you earned your Avios through the British Airways Visa Signature Card).

To do this, sign in to your online Amex or Chase account, go to the respective rewards page and click the “Transfer Points” redemption option. Once you find British Airways, enter your Executive Club account number and how many points you want to transfer.

Both Amex Membership Rewards and Chase Ultimate Rewards points transfer to British Airways at a 1:1 ratio (before any bonuses) and should show up instantaneously based on TPG’s tests. Just bear in mind that transfers are irreversible, so you’ll only want to transfer your points once you’ve confirmed award space for the flight you want.

The final and most exciting step of the process is to book your flight. Refresh the British Airways site to make sure your miles have posted (note that you might need to log out and then log back in). Then, repeat everything we did in Step 2, but this time continue with booking the flight you want. The taxes and fees on your award should come out to a measly $5.60, which you'll want to pay with using a card like the Chase Sapphire Preferred Card or Chase Sapphire Reserve so that you’re covered by the the cards’ excellent travel protections in case any goes wrong.

It's that easy. Follow the steps discussed above and you'll be flying to the December 2020 total solar eclipse in business class for an even smaller cash outlay than your Starbucks morning fix. Now, excuse me while I start checking online to see if an award seat has magically appeared.

Featured image by C:DCIM100GOPROG0026482.GPR
Editorial disclaimer: Opinions expressed here are the author’s alone, not those of any bank, credit card issuer, airline or hotel chain, and have not been reviewed, approved or otherwise endorsed by any of these entities.