Articles
Devorah Lev-Tov is a contributing writer to TPG and TPG Family, as well as Travel + Leisure, Afar, Robb Report and The New York Times. She lives in Brooklyn with her husband and young son and travels everywhere from Bolivia to Hong Kong to Tel Aviv.
Follow
July 18, 2018
•
6 min read 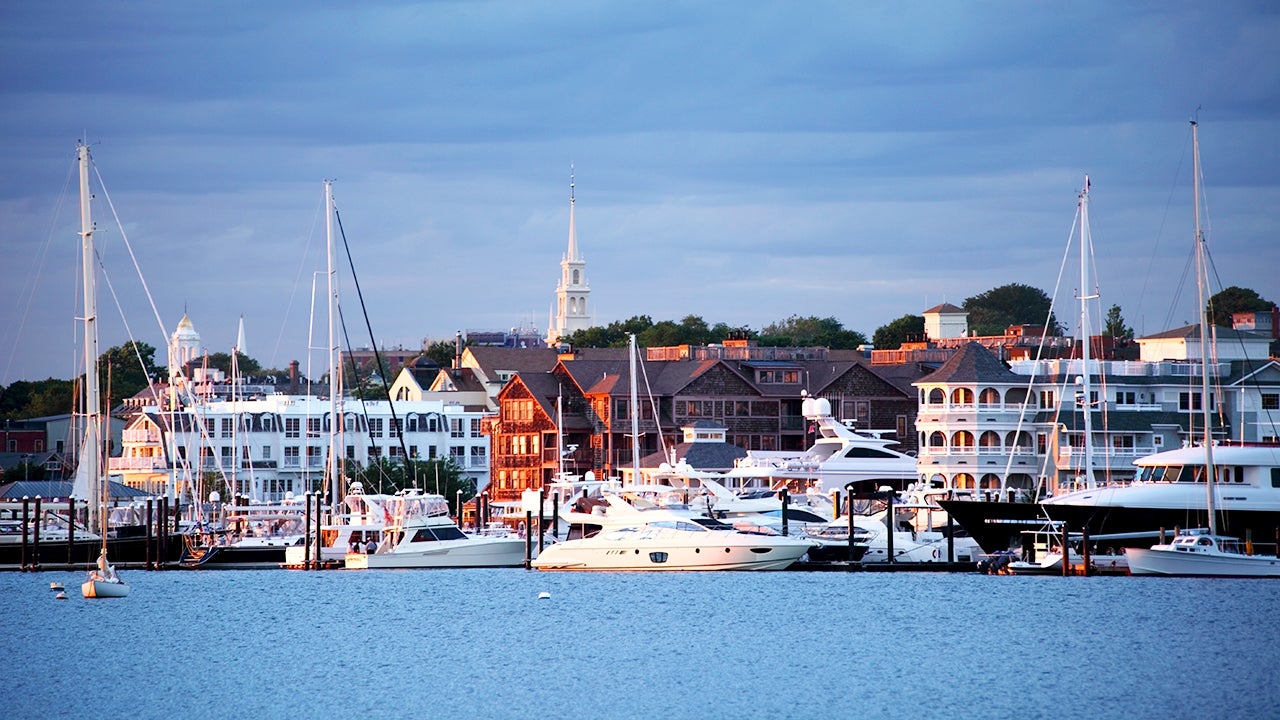 Just an hour and half drive from Boston, three and half hours from New York City or a short ferry ride from Providence, Newport has lobster on lockdown, beautiful beaches and extravagant mansions. Made famous during the Gilded Age as the place where wealthy families like the Vanderbilts could build grand summer mansions, today Newport welcomes travelers of all stripes with a range of elegant hotels, seafood-driven restaurants and seasonal activities.

Block off a long weekend and bookmark this guide for a perfect coastal New England getaway in Newport this summer.

Sleep on an island

The only hotel on Goat Island, Gurney’s Newport Resort & Marina has something for everyone, including two resident goats that guests can feed and pet. The resort also has indoor and outdoor swimming pools, plenty of lounge areas (including hammocks) with views of Narragansett Bay, the luxurious Seawater Spa and salon and an outpost of the tasty Italian restaurant Scarpetta overlooking Newport Harbor. With two lively bars (one poolside) and a coffee shop, as well as daily activities such as yoga and pilates, guests can easily spend all day at the resort and be perfectly content. Not to worry, though — getting into town is as easy as walking or cycling (the resort has bikes to borrow) across the bridge, or taking the resort’s boat or van shuttle.

Go for a walk

One of Newport’s finest attractions is its gorgeous Cliff Walk, stretching from the western end of Easton’s, or First Beach, to the east end of Bailey’s Beach. The wildflower-strewn path, which is a National Recreation Trail inside a National Historic District, stretches for 3.5 miles, and is not particularly strenuous. The walk combines the natural beauty of the rugged shoreline with the architectural history of Newport, as many historic mansions are passed along the way.

Newport is famous for these over-the-top, so-called "summer cottages" built for the wealthy families of the Gilded Age. After glimpsing them from the Cliff Walk, step inside a few to see how the one percent lived at the turn of the century. Start at the gorgeous new Breakers Welcome Center, which assists visitors in navigating the area’s various mansions and tours. While the Vanderbilt family’s The Breakers is one of the most famous mansions, other favorites include the gleaming white, Versailles-inspired Marble House, the Rosecliff — commissioned by a silver heiress — and the Richard Morris Hunt-designed Belcourt, which is currently undergoing a multi-year, multimillion-dollar renovation but remains open.

Being on the water and all, Newport obviously excels at seafood. From lobster in various forms (try it at the Newport Lobster Shack) to clam chowder and oysters plucked straight from the Bay at Benjamin’s Raw Bar, the most difficult part about a long weekend in Newport may be deciding what to order. Travelers can also seek out clam cakes, a Rhode Island specialty, at Flo’s Clam Bar.

Newport also excels at breakfast (try Cru Cafe, Belle’s Cafe in the Newport Shipyard and Salvation Café, all of which require early rising to avoid long lines) and it’s home to Mission, one of the best burger joints in the country. One of the oldest restaurants in the United States (White Horse Tavern, which dates back to 1673) is in Newport, and so are some splurge-worthy fine dining options, which all have stellar ocean views (The Spiced Pear, Castle Hill Inn Restaurant and The Vanderbilt Grill, to name a few).

Take to the water

Whether it’s simply lounging on the beach or sailing the Narragansett Bay, Newport is a nautical city at heart. For prime beach-going, head to Easton’s or First Beach where most of the action (and food) is, or Gooseberry Beach, which is set back in a calm cove. For a quieter shoreline, try Reject’s Beach. It’s the part of the private Bailey’s Beach that’s not roped off, although few know about it.

Sailing the Newport Harbor is a must as, after all, Newport is known as the Sailing Capital of the World. Visitors can enjoy ogling the opulent yachts just as much as feeling the wind run through their hair. Tours and charters are available, many of which depart from Bowen’s Ferry Landing or Bannister’s Wharf.

Though Newport may be best known for its museum-like mansions, Newport is also home to several first-class museums, which feature collections dedicated to the arts, sports and even classic cars.

The Newport Art Museum, for example, has works by Dale Chihuly, Gilbert Stuart, Rita Rogers and more, which a special focus on American artists from or invested in the area's arts scene. At the International Tennis Hall of Fame, where the first US National Tennis Championships were held in 1881, visitors will find the nation's oldest continuously-used grass courts (and they can even reserve one to play on). The museum, which has more than 15,000 items in its collection, hosts the Tennis Hall of Fame induction ceremony and various summer tennis tournaments. And next door is the Audrain Automobile Museum, which houses a rotating display of cars from 1899 to present day. The current exhibition, for example, features a mix of playful vehicles fit for driving along Ocean Drive in the summer. (Think: a 1959 coral-colored Fiat 600 Jolly with wicker seats; a petite 1957 Inter 175A Berline Microcar from an aeronautical company; and a sexy 2018 McLaren 720S.)