How to check your hotel room for hidden cameras

Articles
Jordan Allen has produced content for TPG on everything from travel trends to flight deals.
Follow
Dec. 14, 2019
•
5 min read 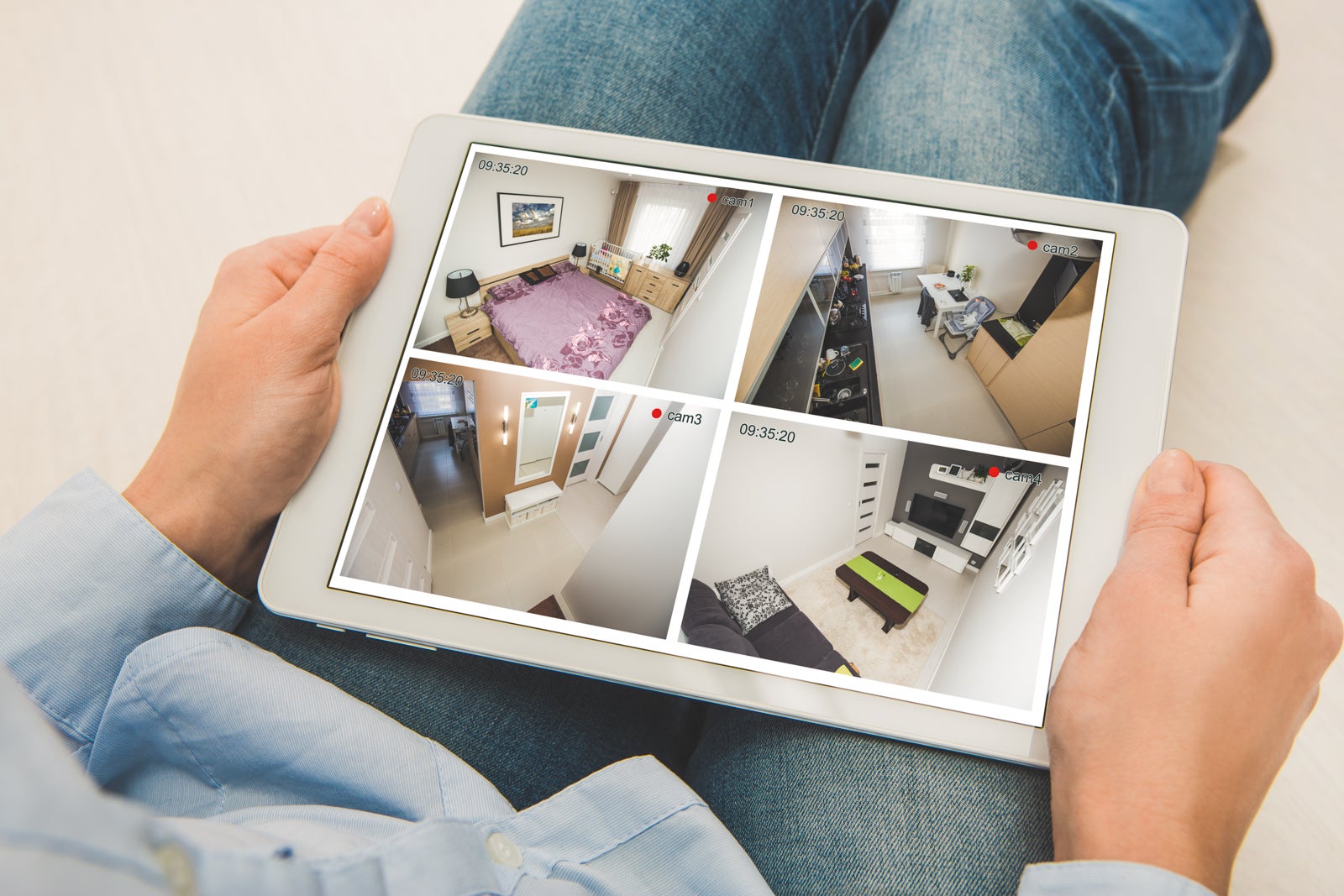 How to check your hotel room for hidden cameras
This post contains references to products from one or more of our advertisers. We may receive compensation when you click on links to those products. Terms apply to the offers listed on this page. For an explanation of our Advertising Policy, visit this page.

This post has been updated with additional information after hidden cameras were found in a Hyatt hotel on December 12, 2019. This post was originally published on March 21, 2019.

In the age of surveillance, it's not uncommon to feel like someone is always watching you.

Now imagine having that feeling in a hotel room.

It's a sinister thought, sure, but unfortunately it's not unfounded.

On December 12, KARE 11 reported that numerous recording devices were found in guest rooms at the Minneapolis Hyatt Regency.

High school students attending a conference at the hotel reported that they found hidden cameras in their rooms leading to a police investigation that is still open and active.

The Madison, Wisconsin, school district sent a letter to parents of the students who attend Madison East High School saying "the incident initiated a police investigation, and as a precautionary measure, a staff member accompanying students on the trip was placed on leave."

"The safety and security of guests and colleagues is a top priority at Hyatt Regency Minneapolis," said hotel general manager Mark Bastis. "As soon as we learned about this situation, we contacted local authorities immediately and conducted a thorough property-wide search for unauthorized recording devices; no additional devices have been found."

Bastis added that it didn't appear that anyone associated with the hotel was involved in the situation.

The incident in Madison is just a small glimpse into the alarming problem of hidden surveillance in hotels.

Last March, CNN reported that approximately 1,600 hotel guests in South Korea were being illegally livestreamed through hidden cameras in their rooms. Police found that the scandal involved 42 rooms across 30 accommodations in 10 different cities. The cameras were hidden inside digital TV boxes, wall sockets and hairdryer holders. The illicit footage of guests streamed on an underground website with 4,000 members — 97 of which paid a $45 monthly fee for "extra features," like the ability to replay certain feeds.

While the use of spy cameras is a serious issue endemic in South Korea (in 2017, more than 6,400 cases of illegal filming were reported to Korean authorities), hidden cameras have been found in hotels and vacation rentals — including Airbnbs — across the globe.

There was even an instance in 2018 when a couple aboard a Carnival cruise ship found a hidden camera in their stateroom, pointed directly at their bed.

Mike O’Rourke, co-founder and CEO of the Washington-based global security consultancy, Advanced Operational Concepts, said the use of spy cameras in hotels does seem to be a growing problem.

"The CNN story is, of course, disturbing," said O’Rourke in an email to TPG. "Korea is a hotbed for this, and other nefarious activity directed against hotels and travelers. Hidden cameras in hotels and vacation rentals are, in my opinion, on the rise."

"The reasons vary from the prurient to economic espionage," said O’Rourke. "For the latter, China and Russia pose the greatest threat to the international business traveler."

And if you get that creepy, hair-raising feeling that someone is watching you — how do you stop it? O'Rourke, who is an expert on global security, said there are a few ways you can ensure your room is totally spy camera free.

"Generally speaking, there are three ways to check for hidden cameras and other concealed electronic devices," O’Rourke said. "These are: lens detection, radio frequency (RF) detection and physical inspection. For most travelers, lens detection and physical inspection are their best bets. However, when an untrained person undertakes Technical Surveillance Countermeasures (TSCM), negative results are no guarantee of a camera free hotel room. In fact, the task can become overwhelming without training in systematic search methodology and the proper technical equipment."

O'Rourke said there are a number of inexpensive (under $100) devices designed to detect hidden camera lenses.

According to Techlicious, these gadgets work by either seeking out a "glint" from the lens (a similar effect can be rendered by using a flashlight or smartphone), or they detect RF broadcasts from a wireless camera.

As for physical inspections, hotel guests should look for anything in the room that appears abnormal. Small holes in the walls or other objects; random wires in unexpected places; and any blinking or flashing lights are all good indicators a camera might be hidden somewhere in your room. However, O'Rourke said there are no "typical" spots in which people hide illegal recorders.

"Light fixtures, smoke detectors, clock radios, coffee pots and electric sockets have all been used to hide cameras. I’ve seen cameras in the air conditioner vents in hotel rooms. The shorter answer is where haven’t cameras been hidden," he explained.

But some areas are more likely to be targeted than others, O'Rourke added. "Sleeping areas and bathrooms are common places if blackmail or pornography is the criminal goal. When economic espionage is on the menu, cameras will be placed near in-room desks where they can capture keystrokes entering passwords, and where they can see your computer screen."

So, you check into your hotel, enter your room, conduct a camera search and — in a stroke of terrible luck — actually discover a hidden recording device. Now what?

O'Rourke said you get out of that hotel.

"Immediately contact hotel management," he said. "Then, do not change rooms — change hotels. If changing hotels right away is not possible, of course change rooms. But after finding a camera, I would not trust any space in that entire facility. Depending upon what country you are in, you may also want to contact law enforcement. In some countries, the cameras are probably government property."