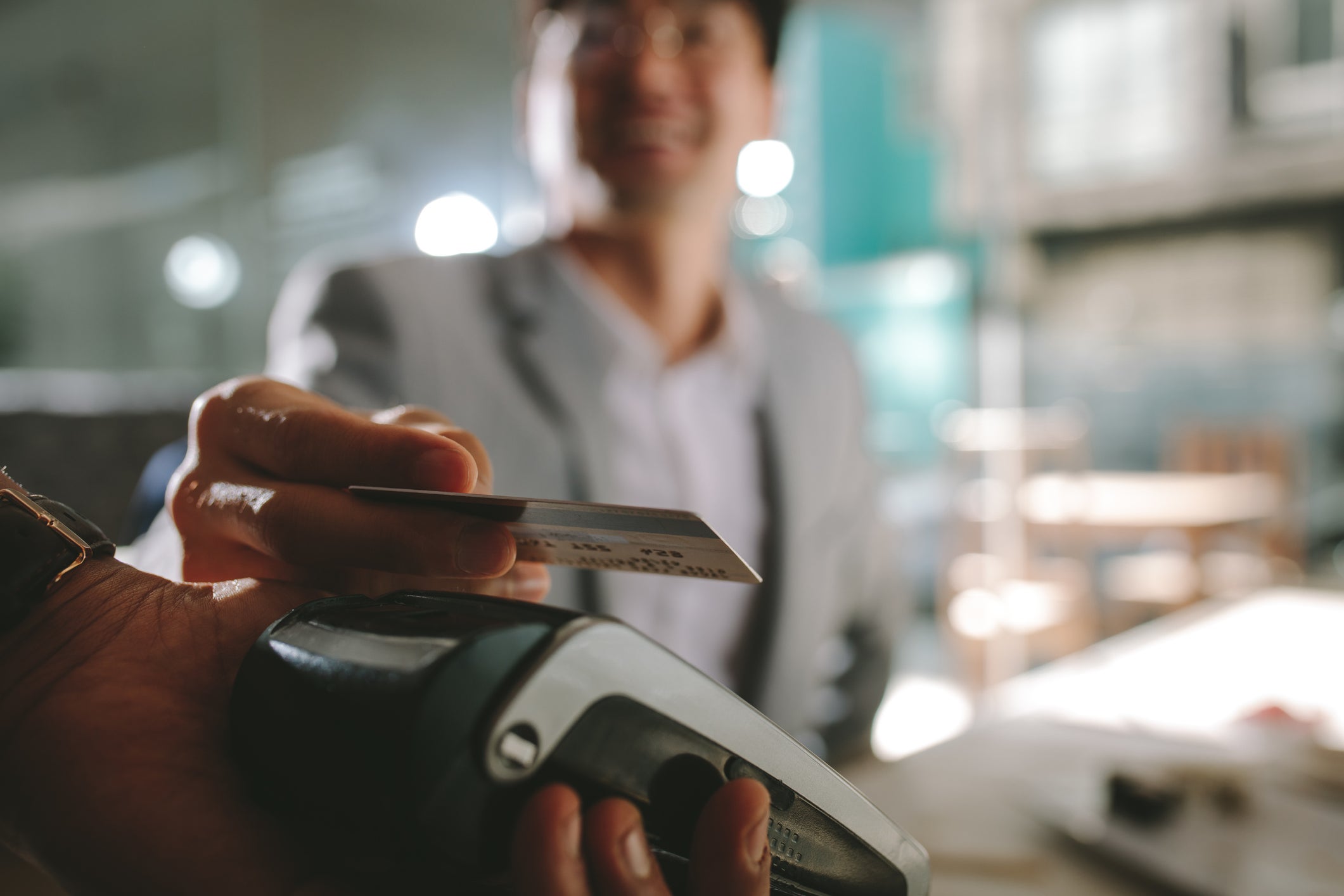 It probably goes without saying that all businesses — no matter how small or large — need to accept credit cards. Besides enabling customers to earn valuable points and miles, credit cards can boost sales, improve cash flow and simplify accounting.

Fortunately, it's becoming easier and cheaper for small businesses to take credit cards. Let's take a look at what's involved.

The first step toward accepting credit cards is deciding whether you want to open your own merchant account or enlist an all-in-one solution like PayPal or Square which aggregates all of its accounts into a shared merchant account. In short, merchant accounts are the intermediary between you and the credit issuers — after a payment is processed, the funds first go into a merchant account before eventually being transferred to your bank.

All-in-one solutions simplify things in the short term, but are more costly down the line — including for consumers. If you have an all-in-one solution, you'll pay a flat rate for transactions, meanwhile if you have your own merchant account you'll pay different fees (which are usually lower than the flat-rate fees) based on the type of transaction and credit card network. Opening a merchant account is a lengthier process and often requires you to lock in a multi-year contract, but is typically the smarter choice long-term.

Unless you take the easy route and go with an all-in-one solution, you'll be shopping around for a payment processor that best suits your business. There are many companies out there, with the biggest difference between them being the markups (which are often negotiable) they charge on top of the transaction fees set by credit card networks.

Historically, merchant accounts automatically bundled Visa, Mastercard and Discover together, leaving American Express as an add-on with a separate contract. That's because Amex is set up differently from the major networks — unlike Visa and Mastercard, Amex both issues credit cards and owns the network that processes transactions. Additionally, Amex was known for having much higher pricing than its competitors. However, that doesn't really hold true anymore. On average, there’s little difference today between the cost to accept American Express in the US and the cost to accept other major credit cards.

Thanks to Amex's program OptBlue, small businesses can now accept Amex the same way they accept other major card networks without needing to enter into a separate contract with American Express. And according to Amex, the OptBlue program has drastically increased the number of US small businesses that now accept its cards.

Through the program, Amex gives payment processors wholesale rates and lets them set their own merchant fees depending on the transactions, the same way they do with other networks. Accepting Amex through OptBlue means you, the business owner, can find the best rates for your company, and combine your statements and payments across all cards you’re accepting into one.

When picking hardware, you'll have to choose between point-of-sale (POS) systems and terminals. Payment terminals are the smaller, often hand-held, machines you see in most stores today. They're cost-effective and get the job done — to accept or decline credit/debits cards, as well as processing mobile payments. POS systems, on the other hand, have additional features, such as the ability to track inventory and record employee clock-in/clock-out times.

There are many benefits to accepting credit cards as a form of payment, and fortunately, doing so isn't too difficult — no matter the type of card.