Hot Mess: How Tidy Should You Leave a Hotel Room? 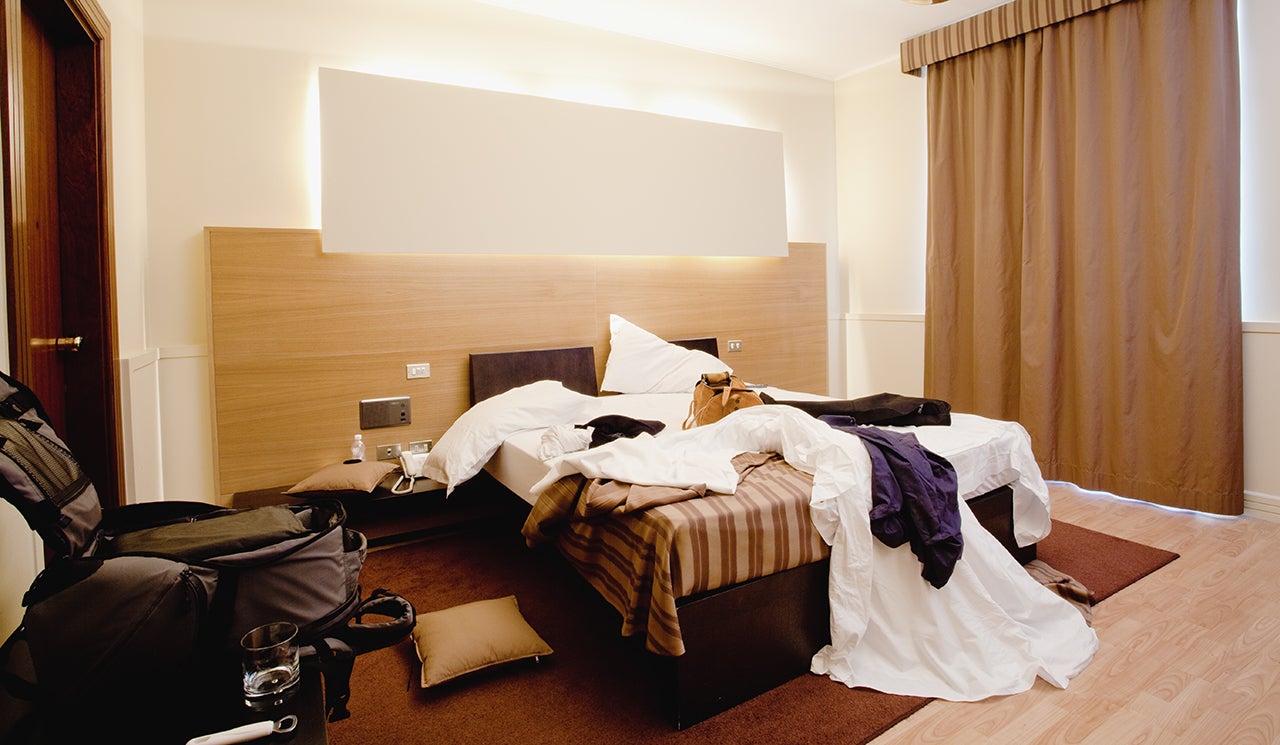 If you've ever scanned your hotel room and, guiltily, straightened up before checking out, you're not alone.

“I know that [housekeepers] don’t make a lot of money and have to deal with a lot,” said Ailie Byers, a TPG reader and professional auctioneer. “I try to put all of the trash away, recycling in the recycling bin, put the towels where they are supposed to go and overall straighten up.”

Meanwhile, TPG reader Annie Furlong takes things to another level, putting her clothes away neatly in drawers during any stay that will last longer than one night.

“I really try to make sure not to leave things in disarray. I like to think of the individuals who have to clean up the room and the type of day they are probably having,” Furlong said.

For many travelers, daily housekeeping is part of what makes staying in a full-service hotel worthwhile — as is the mess you're allowed to make when someone is being paid to clean up after you. But for others, it's a point of stress and uncertainty. After all, no one wants to be outright rude to housekeeping staff.

Diane Gottsman, a travel etiquette expert who wrote the guide "Modern Etiquette for a Better Life” and founded The Protocol School of Texas told TPG that the bottom line is to be respectful to the individual who will be cleaning up after you.

“You should behave in the same manner as if you were [a] guest in someone’s house,” she explained. “Be delicate. Flush your toilet, clean up after yourself and don’t leave broken glass all over the floor.”

But showing basic courtesy doesn’t necessarily mean that you should remake your bed and scrub the bathroom floor.

Gottsman said that hotels with housecleaning service do expect to have to clean up after you — stripping the bed and replacing it with clean sheets, picking up detritus from your room service order — so there's no need to rearrange the throw pillows on the bed in the exact way you found them. But that doesn’t mean it's acceptable to leave the room in such a state of disorder that it's downright disrespectful to the person who has to deal with it.

Occasionally, guests may run out of time and be unable to tidy their room at all. Or, after a night of partying, simply lack the motivation to clean up.

Even Byers can recall a time her flight left 12 hours earlier than she had originally thought, and was forced to rush out of her room without cleaning up — but not before throwing things around in a panicked frenzy.

If you're leaving your hotel room in an especially chaotic state, Gottsman suggested leaving an especially generous tip for the housekeeper.

According to Thorney, the $50 tip and excessive apologies made up for the, er, stickiness.

Heather Schreiner, a Delta flight attendant who spends three to four nights a week in a hotel, said she tries to make the housekeeper’s job as easy as possible.

“It’s my mess,” said Schreiner. “I try to put all of the trash in the trash can, and put the dirty towels all in one spot. [The housekeepers] have so many rooms they have to clean in such a short amount of time. I like to make it a little easier for them.”

Val Horn, a retired innkeeper who travels with her husband, has a similar view.

“To me, it’s about what kind of mess you leave. [Housekeepers] are not paid very much, and they do depend on tips. It seems more courteous to pick things up a little bit so that they can at least run the vacuum cleaner.”

Of course, not every traveler shares this view. "A man just asked me why he should even bother cleaning when there is a housekeeper,” she said.

Yes, hotels do pay someone to clean up after you. But that doesn't mean you should treat the housekeeper with less respect than you would treat a friend who invites you to spend the weekend.

And in those rare occasions when things get out of hand, make sure to show your appreciation through a sizable tip. (This person will, after all, spend more time scouring your rubbish.) Even taking 15 seconds to write a note could go a long way in making someone else’s day.