Robbed on vacation? Here's why your insurance agent should be your second call

Articles
Katherine Fan is a former senior travel features reporter at The Points Guy who covered everything from personal finance to travel and aviation.
Sept. 15, 2019
•
10 min read 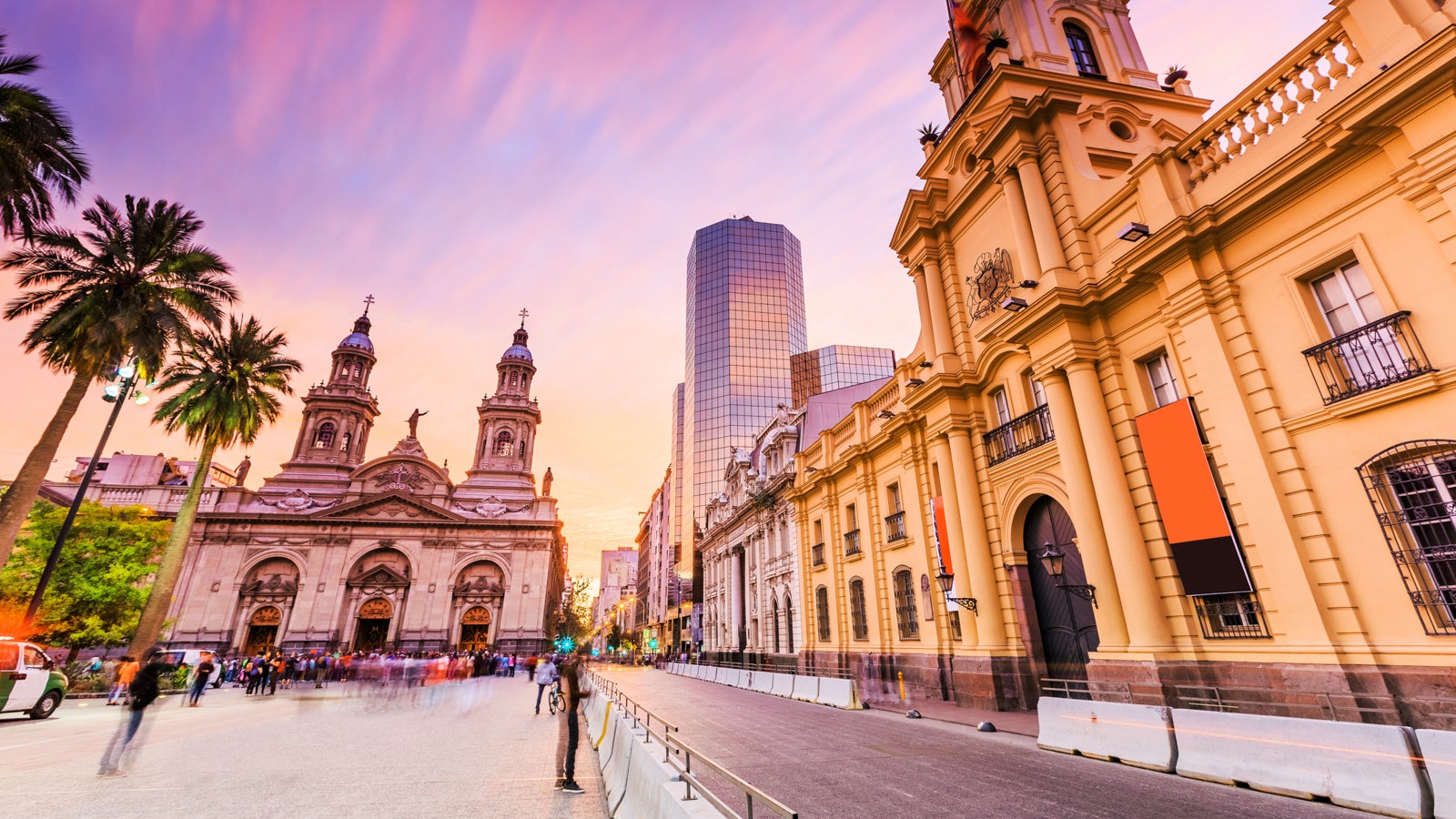 Traveling can quickly put us outside of our comfort zone — and usually, that's a good thing. But every once in a while, things go awry.

That's what happened to TPG reader Mike K. and his companion, who recently found themselves victims of a car break-in during a two-week tour of Chile. After spending time in the capital city of Santiago and the Atacama Desert, the duo picked up a rental car for the drive to Valparaíso. They stopped for lunch at a restaurant about 12 miles away from the rental car facility.

"Along the Chilean highways, there are multiple pull-offs for bus stops that resemble exit ramps," Mike told The Points Guy. "I accidentally pulled off of one when looking for the exit to our restaurant. As I merged back into highway traffic, I noticed a white car behind us make the same exit-ramp mistake."

The car continued to tail the travelers to the restaurant. But since it stayed a safe distance from their own, Mike and his companion assumed the other vehicle belonged to another tourist equally confused by the roads.

"As we reached our actual exit, the same car was still behind us," Mike said. "We missed the restaurant on our first pass, then turned around — the other car did the same thing. We chalked it up to a tourist making the same mistakes and didn't think much of it."

Still, Mike and his travel companion parked their car in a spot where they could keep an eye on it while inside the restaurant. That's how Mike noticed the same white car pulling in and parking in the same lot.

"We got inside, sat down, we were talking to the waitress and we heard the car alarm going off," Mike recalled. "We looked out, and there's a guy in the front passenger seat, our front passenger door window smashed in. We ran out immediately, but he was able to grab my backpack and duffel bag, which were sitting in the back seat."

Those two bags held Mike's laptop, other electronics, clothes and personal items worth approximately $4,500. And they were gone in less than a minute.

The restaurant manager immediately called the police to report the license plate on the white car. Since Mike had lost his international identification, he immediately contacted the local U.S. embassy to report his stolen passport, and to schedule an emergency replacement appointment for the day prior to their departure. Then, with nothing else they could do, Mike and his travel companion spoke with the police and collected their police report for insurance paperwork before heading back to the Avis rental car facility to swap out their damaged rental car.

Fortunately, things turned began to turn around for the two travelers. The thieves didn't have time to break into the trunk and steal the rest of their belongings, and Avis employees were able to give Mike a photocopy of his passport, which they had scanned earlier.

Mike had also prepaid for the rental car using his Chase Sapphire Reserve when he booked through Rentalcars.com. "We submitted a claim [to Chase] to cover the cost incurred for the broken window," Mike told TPG. After he submitted all the requisite documentation, including a copy of the police report and a receipt from Avis showing the deductible charge, Chase refunded approximately $350 to Mike's credit card approximately two weeks after submitting the claim.

And when Mike returned to Santiago for his passport appointment, armed with his California driver's license and the photocopy of his stolen passport, the officials issued him an emergency passport the same day so he could return home to the U.S.

But the best news of all came when Mike called State Farm, his renter's insurance company, to learn more about his coverage options. "We learned that our plan covered stolen property outside of the house and internationally," Mike said. "We had no idea. I submitted all of my purchase receipts to expedite insurance processing; since I buy most things online, I had receipts for everything except one item, but could show the charge on my Chase [credit card statement] to prove the purchase."

Shortly after submitting his claim to State Farm, the insurance company issued Mike a check for approximately $4,500 to cover the replacement costs of everything he lost, minus the deductible listed on his policy.

When all was said and done, Mike's only net cost out of pocket was for his replacement passport.

"It's still amazing to me that three guys followed us from the airport for more than 12 miles," Mike told TPG. "We obviously made multiple mistakes, such as keeping luggage on the back seat where it was visible [and] not taking better note of the car following us and letting that push us to take luggage out of the car, and so forth. That said, we'll never be that cavalier again."

Will your insurance policy cover your belongings when traveling?

Mike was pleasantly surprised to find out his belongings were covered under his rental insurance policy. But this special perk isn't unique to Mike's insurance, according to Brandon Smith, a Dave Ramsey-certified property insurance agent. It's almost certainly included in your existing home insurance policy as well.

"Read the fine print on your existing policy," Smith told TPG. "A homeowner or renter insurance policy almost always covers your off-premise belongings, including possessions stolen from your car, as long as you have the required paperwork and documentation, such as a police report."

Of course, policies vary for both homeowners and renters — if you skip insurance coverage altogether, you won't be able to retroactively sign up for a plan after an incident has already occurred. "Some [policies] cover theft of personal property only on the insured premises; others cover theft anywhere in the world," said Stacey Giulianti, chief legal officer for Florida Peninsula Insurance.

And the amount of coverage or the cost of your deductible will vary based on your plan, too.

It's important to know, however, that most auto insurance policies do not extend coverage to the belongings inside of a vehicle, whether you're covered under an independent travel agency or through your credit card. "Car insurance covers the vehicle itself, damage to your vehicle or to the other party's car in the event of an accident where you're at fault," Smith said. "Think of it this way: Car insurance is for the outside of the car, while home insurance is for the property inside of the vehicle."

What to do when things go wrong

At the end of the day, Mike and his travel companion made the right call to leave justice in the hands of local law enforcement, rather than risk their safety trying to pursue the thieves. TPG suggests travelers keep in mind seven guiding principles when dealing with theft abroad:

Mike's experience was a scary one — one that might be enough to deter less intrepid explorers from venturing abroad. But having the right safeguards in place before leaving home made it easier for both of them to carry on after being robbed.

"Knowing that our losses were protected by Chase and State Farm," Mike said, "makes me feel much better while traveling domestically or abroad."