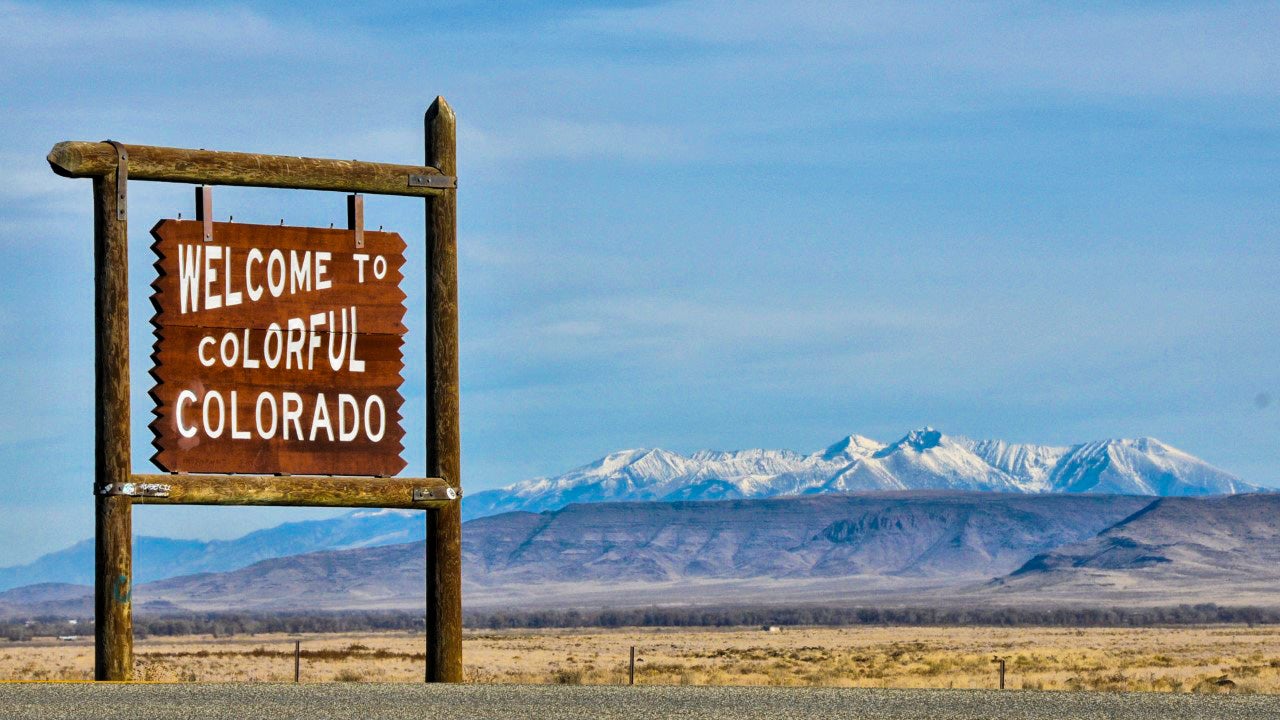 Colorado Gems: Discovering Red Rocks Amphitheater and the Great Sand Dunes
This post contains references to products from one or more of our advertisers. We may receive compensation when you click on links to those products. Terms apply to the offers listed on this page. For an explanation of our Advertising Policy, visit this page.

In my almost 70 years, I can't count how many times I've crossed the state line and been greeted by a "Welcome To Colorful Colorado" sign. It's a lot of times.

As a youngster, I would take my place in the back seat of our Packard, Ford or Cadillac with the window rolled down. I would gaze at the scenery as the miles flew by, filled with excitement for the first glimpse of the distant mountains. The Kennedys had Hyannis Port, the Bushes had Kennebunkport and our family, the Smiths from East Texas, had Colorado. As the years went by, I learned the roadways of Colorado like the lifelines on my palms.

I have explored the ancient dwellings at Mesa Verde, heard the bugle call of elks in Rocky Mountain National Park and skied at most resorts in between. I walked the streets of Telluride when it was imminently closer to being a ghost town than an "it" destination. I have watched the golden Aspen leaves shiver with the season's first snowfall, and I have seen my parents' ashes ride a gentle breeze at Alta Lakes until they became a part of the land they dearly loved.

I have come to intimately know the Centennial State. But even after all of these years criss-crossing Colorado, there are still plenty of stones to uncover. Just recently, I discovered two new fabulous Colorado destinations for the first time — Red Rocks Amphitheater and Great Sand Dunes National Park.

The stones left unturned were actually behemoths pushed up some 50 million years ago when the Rockies were still lifting up from the Earth. As a result, three massive sandstone formations created a natural sound stage that lay fallow and unused for millennium after millennium. Now, Red Rocks Amphitheater is an official performance venue about 15 miles west of downtown Denver.

Artistic productions officially started here about 110 years ago, and regular concert seasons have been on the calendar for more than 70 consecutive years. This open-air venue is acclaimed for its organic acoustic quality: world-class musicians have been drawn here for the synergy created by its stunning location and impressive sound.

To headline at Red Rocks, you're really somebody (think: The Beatles and Led Zeppelin). For many, it's on par with Radio City Music Hall or The Hollywood Bowl. Television specials have been shot there, as have music videos. Live albums have also been recorded here.

My wife and youngest daughter accompanied me to see Brandi Carlile: my first concert at the Red Rocks Amphitheater.

The formidable, angular shape of the giant rock walls that flank the seating area would seem to fit the architectural design of Superman's Fortress of Solitude, if the hero's hideout was made of stone instead of ice. It has that kind of powerful appearance.

We arrived early so we could really enjoy the legendary venue. Even when the nearly 10,000 seats were filled, our individual space felt more like first class than economy. The wide aisles made both mobility and leg stretching easy, and it has a very casual vibe: more like a ballpark than a concert hall.

During the openers, the warm August afternoon gave way to night. As the sky lost its color, the twinkling lights from nearby Denver gradually took hold of the eastern horizon. The colorful stage lights gained intensity — and the entire landscape became the backdrop. The air temperature fell quickly, and to us Texans, it felt a bit like fall.

During Carlile's set, it seemed there was a heightened energy — that the sound was more powerful and more pronounced. Carlile even hinted at such and told the audience the song list for that night was the longest of the summer. Even as spectators, we left feeling that we had been a part of something special.

Red Rocks was magnificent venue. It was inspiring, relaxing and rich in color, spectacle and entertainment quality. A standing ovation is in order for Red Rocks.

How to book a trip to Red Rocks Amphitheater

If you're interested in experiencing this natural amphitheater for yourself, book concert tickets with the Citi Premier® Card, which awards 2x points per dollar on entertainment.

We spent the night at the Hyatt House/Denver at Belmar in a clean, comfortable 500+ square foot one-bedroom suite for 8,000 World of Hyatt points per night earned via the World of Hyatt Credit Card. The selling price for the room was $200-plus during the evening of our stay, so we were happy to have Hyatt to make staying near the venue easy and affordable.

Our next stop on the whirlwind 60-hour visit to Colorado was Great Sand Dunes National Park and Preserve, located in south central Colorado.

First, we stopped by the Visitor Center, where we learned that the sand dunes are the result of a natural confluence of climactic conditions, geology and location. In short, winds from two opposing directions lift sand from an ancient lake bed and carry it to the base of the mountains where it collects.

The dunes cover about 30-square miles and reach a height of almost 750 feet. This makes them the highest dunes in North America. While the National Park and Preserve is very diverse (alpine lakes, waterfalls, mountains and forests), it seems the dunes are the main attraction.

The dune field is very easy to access as it lies just past the Visitor Center.

Everyone we saw drive into the park got out and ventured immediately to the dunes. Most went at least a half mile through the loose sand before climbing the first rise or two.

Some went much farther and a handful even brought boards or sleds.

One of the first thoughts I had was that of Bing Crosby and Bob Hope traversing the desert sands in the comedic movie, "Road To Morocco." No, I am not that old. I saw it as a rerun on TV.

Climbing the dunes is sort of a strange experience, because you become a part of the dunes and the dunes become a part of you. The sand swallows your feet as it is captures your footprints. (Don't bother buying any souvenir sand, as you will definitely take some home with you in your shoes.)

And there is a certain magic about this barren landscape, which is literally magnetic (you can even see black patches of magnetite on the dunes) and sings in the wind — the love ballad, "Singing Sands of Alamosa," was inspired by the crooning dunes.

How to book a trip to Great Sand Dunes National Park

Our trip to Great Sand Dunes National Park was unlike anything we had experienced — and we thought that to be a very good thing. If you're planning your own trip, know that the park is open 24 hours a day, and you can enjoy an endless view of the dunes if you bed down in the lodge at Zapata Ranch. A nearby points hotel option is in Alamosa, about 30 miles from Great Sand Dunes National Park. There, you'll find a Holiday Inn Express Alamosa available for 20,000 IHG points per night, and a Fairfield Inn and Suites for 17,500 Marriott Rewards points per night.

Because of our chosen route, we stayed over an hour away at the Comfort Inn in Salida, Colorado, which can be booked for as few as 8,000 Choice points on off-peak dates. You can move points from the American Express Membership Rewards program to Choice at a 1:1 ratio. However, peak dates at the same property can cost 30,000 points per night. In that case, using cash or points from a card like the Capital One Venture Rewards Credit Card to cover the room rate (which is usually under $200 per night) would be the way to go.

Check out more stories about retirement travel on a budget from Grandpa Points as he and Grandma Points experience more while often paying much, much less.

All photos courtesy of the author except where indicated.