Articles
Jordi Lippe-McGraw is a writer covering travel, family, food and wellness for outlets like Conde Nast Traveler, Travel + Leisure, the New York Times, Forbes, and more. She has traveled to more than 30 countries on all 7 continents (including Antarctica at 5 months pregnant) and is an avid puppy, penguin, and truffle lover.
Follow
Sept. 14, 2019
•
8 min read 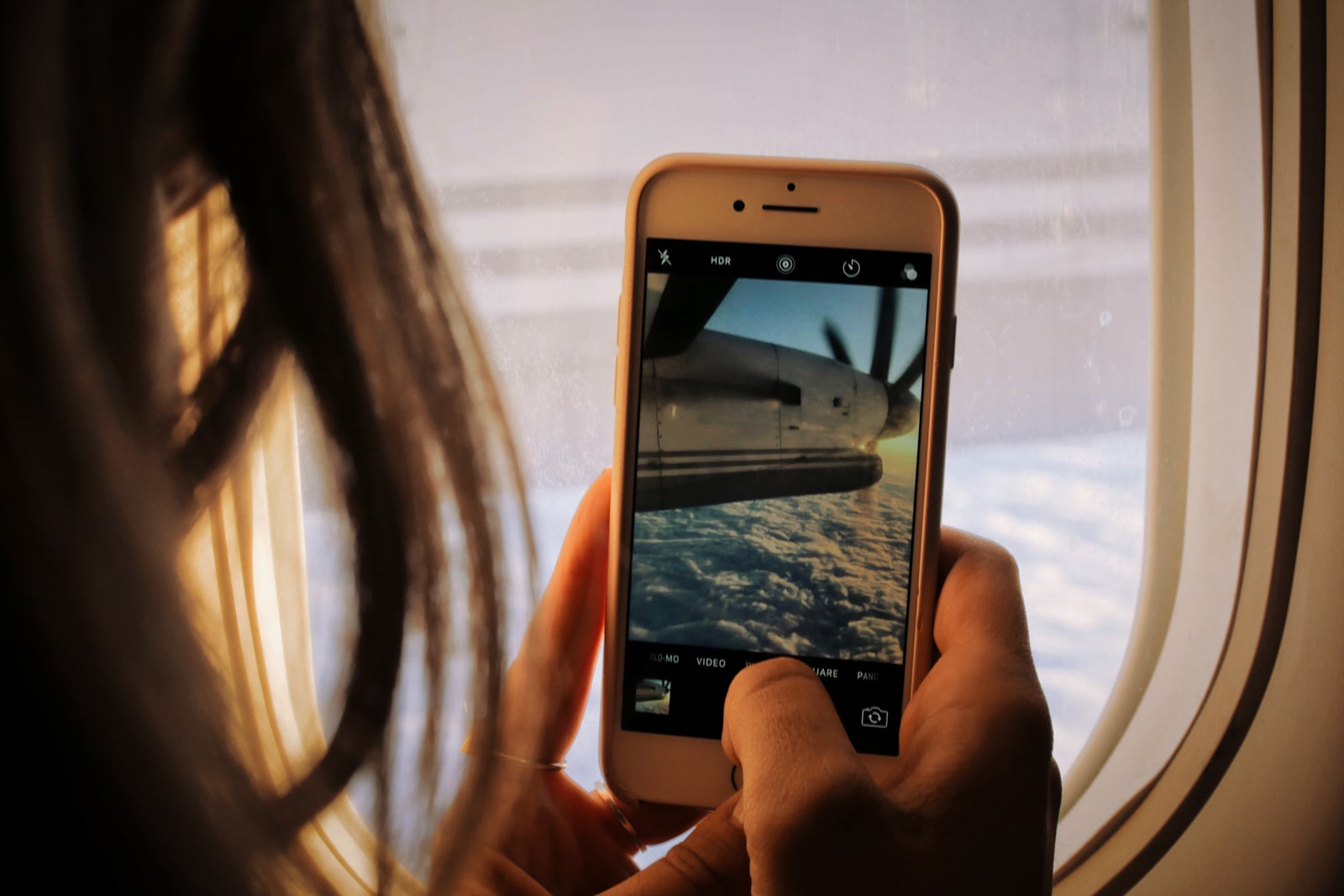 For our grandparents, perhaps it was hearing a story from a friend, or reading about a destination in the newspaper. For our parents, they may have spotted an appealing destination on TV, and turned to a travel agent to make the reservation. But as technology advanced and the internet was born, younger generations began to develop wanderlust in a seriously different way.

Personally, as a millennial, l plan trips based on a variety of inputs: magazines, web articles, word-of-mouth and, of course, social media. But as someone on the upper end of the Millennial generation, I didn't always have Google or an Instagram account.

But Generation Z (largely, anyone born in the mid-1990s or later) has never known a world without the internet. And now as these young travelers are coming of age and entering their early 20s, they are taking out their wallets and starting to explore the world on their own.

According to an Expedia Media Solutions study, members of this generation take an average of 2.8 leisure trips annually — not far behind Millennials, who are further in their careers and travel for leisure 3 times per year on average.

And while older generations (from Millennials to Baby Boomers and beyond) prioritize spending quality time with friends and family — according to an AARP study — Generation Z travelers are more likely than others to take an activity-based trip such as hiking, to travel for a special event like a concert or prioritize high bucket list trips, according to Expedia.

So, what does this all mean for the travel industry? And how do these new explorers, no more than 24 years old, decide where they want to travel? Here's what a few Gen-Zers had to say.

It's no surprise that members of Generation Z are finding their travel inspiration on social media. But Instagram, in particular, is a visual-driven platform with millions of photos from the far reaches of the earth.

"I usually start by choosing a certain city or landmark that I'd like to see, and I find those on Instagram," Rachel Waldholz, 18, told The Points Guy. "I then find tours that go to that location and line up with the time we have to travel that cover as many places as possible."

And if it's a friend posting a picture, the connection is even stronger. "Instagram plays a big role in places I want to go too," Gabriel Kirshtein, 24, told TPG. "I think it helps validate the beauty of the places I've seen elsewhere. Like when I see a couple honeymooning in Greece and Italy."

Willow Livengood, 21, agreed saying, "I have a bucket list of countries I'd like to go to that I've seen on Instagram. For example, my friend Eliza had cool pics from Barcelona. So, Spain was on my radar."

According to the Expedia Media Solutions poll, the rise of social media will result in a complete change of the travel market, including destination preferences, purchase habits and the size of travel groups. In fact, the poll found that 87% of travel decisions made by Generation Z are influenced by social media platforms including Facebook, Instagram and Snapchat.

Jenn Mann, psychologist and author of "The A to Z Guide to Raising Happy, Confident Kids," said this makes sense, because this generation grew up in a world — and a life — filled with social media. "They don't know a world without Instagram and social media," she said. "It's their news source, source of connection with their friends; It's their 'inspo,' it's their #goals. So, it makes sense that it's a source to open them up to exciting and educational places they otherwise might not go. "

On the flip side, Mann said they don't realize how vulnerable they are to ads and targeting when it comes to advertisers. "There's a reason hotels and destinations are paying influencers to vacation," she said. "Psychologically speaking, I don't think social media is going anywhere for a long time. They're only going to [get] more and more savvy."

We've all heard of jet-setting. But, set-jetting — traveling to visit the filming locations of your favorite TV show or movie — has become increasingly popular. There are entire tours dedicated to seeing the "Game of Thrones" destinations, and we know of Highclere Castle thanks to "Downton Abbey."

"Television and movies have a big part to play in where I want to go," said Kirshtein. "When I think of dream places to visit, I think of foreign countries like Japan and Ireland. Both of those places had beautifully been featured in movies I have seen, and those moments leave an impression."

Yes, "Leap Year" with Amy Adams inspired his interest in visiting Ireland, and "The Crown" made him want to visit England.

"These places on TV and in films are accessible in a way that wasn't possible before," Mann explained. "You can Google a beach or mountaintop in a movie and find out where it is and actually go. That access will certainly drive the decision making of where younger generations want to travel."

Although Gen-Zers might have lofty goals of visiting the places they see on Instagram or in movies, money still talks.

"When I do travel, I don't go to Japan and Ireland because I can't afford [to]," said Kirshtein. "So, I try to find places that are more affordable, like last year I went to Seattle and this year I went to Toronto."

Livengood, who is currently in Germany for an internship, uses Google a lot to find flight deals that inform her travel decisions. "I'll Google flights and see what's under 50 euros," she said. "I wouldn't be motivated to travel so much if the flights weren't so cheap. My decisions are made 99% because of cheap flights and browsing like two months ahead with no specific dates."

Since this generation is just entering the workforce, they're not necessarily able to afford the bucket list vacations quite yet. But this internet savvy combined with schedule flexibility makes it easier than ever for them to spot budget-friendly travel deals. Though they are dreaming big, their actual travel patterns tend to currently lean more toward what's most cost-effective.

"Gen-Zers can go on a budget website and find competitive rates," said Mann. "That wasn't as easily accessible before. So, this generation can be their own travel agents."

Ultimately, Gen-Zers might have far-flung destinations on their bucket lists, thanks to social media and blockbuster hits. But they're not in a financial position to take those trips quite yet. Of course, this is exactly where points and miles can come into play to make the otherwise inaccessible and far-flung destinations fit into an average 20-something's budget.

We know Generation Z gets travel inspiration from social media. But these young travelers are also using their phones to research trips, and share photos from that getaway. The report by Expedia Media Solutions noted that both Millennials and Generation Z use mobile devices at almost twice the rate at which Generation X and Baby Boomers do at every stage.

Though booking via mobile isn't as popular as the other three stages of trip planning for Generation Z, increased participation is likely as more alternatives to desktop search hit the market. That could explain why airlines like Spirit just announced that travelers would soon be able to book a flight via texting starting in September, and why airlines like United are looking into similar mobile chat functions.

Saving for travel is a long-term goal and a top priority for this up-and-coming generation. As they grow in their careers and ultimately command higher salaries (and bigger mileage accounts), those one-time, back-burner dream trips may become a reality. Likely, members of Generation Z will be willing to shell out big bucks to check items off the bucket list. But, all those years spent searching for competitive rates and cheap flights will equip them well to spot deals, stretch their budgets and maximize their miles as they explore the world.