7 ways to experience Maui this summer without the crowds

Articles
Alexandra Owens is a freelance writer and contributor to TPG. She also creates content for travel brands, including Delta and Hilton Honors. In her spare time, Alexandra is always planning her next trip, whether it's kayaking through Phang Nga Bay's limestone caves or hunting down the best Orxata in Valencia.
July 25, 2022
•
6 min read 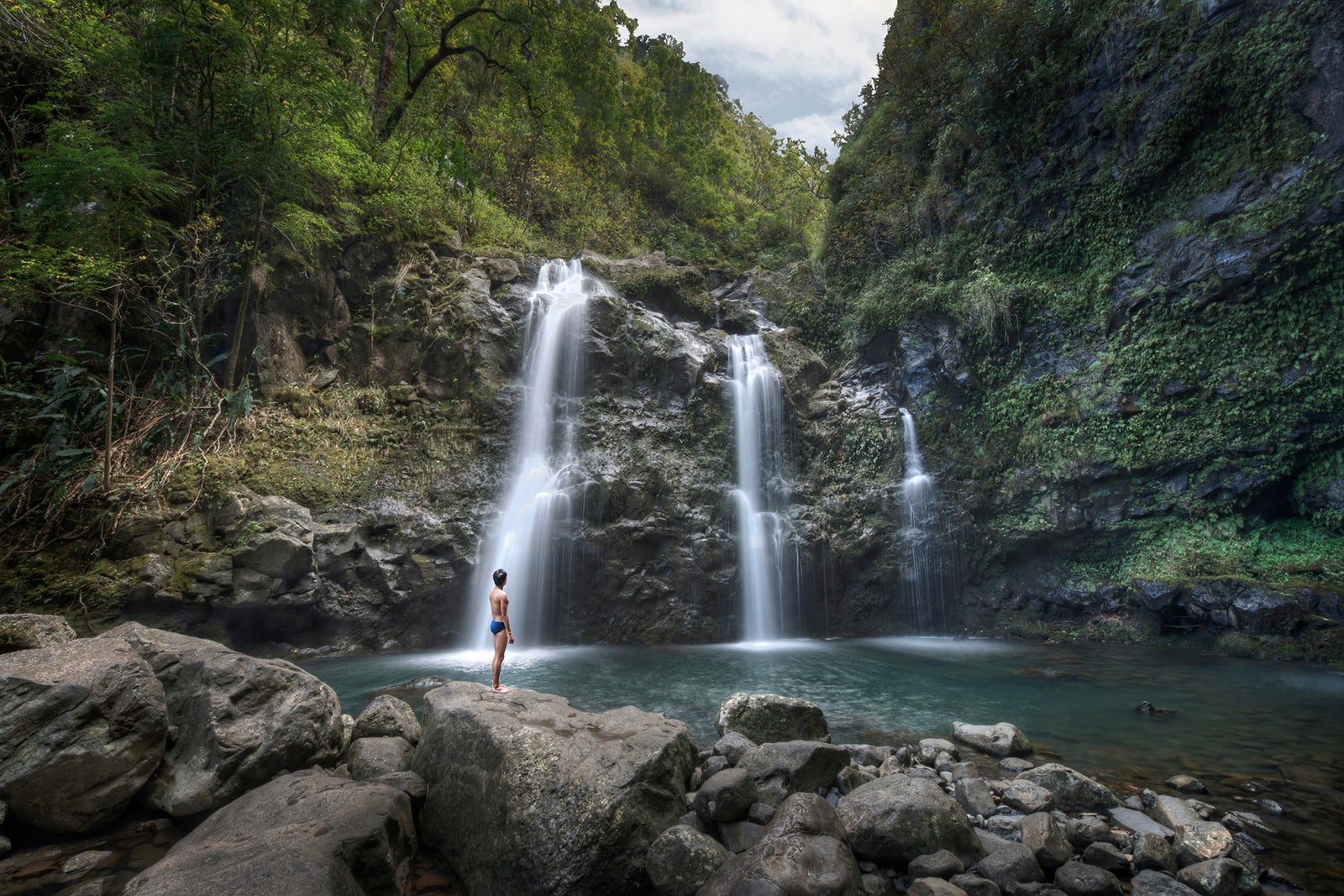 With over 3 million annual visitors in pre-COVID times, there’s no denying that Maui has long been one of Hawaii’s most popular destinations — in part because it caters to all types of travelers.

Sun-seekers and surfers can kick back on over 30 miles of beaches, while nature lovers trek the Valley Isle’s mountainous interior and the jet setters live their best lives at the island’s exclusive, five-star resorts.

Now, with visitor numbers once again increasing, Maui is facing the challenge of overtourism and even considering a cap on visitor accommodations. On a standard vacation there these days, you might struggle with packed pools, intense traffic — and a nagging conscience.

Still, it’s entirely possible to experience Maui’s rich culture and natural beauty on a relaxing, off-the-beaten-path trip that avoids the crowds and allows you to enjoy Hawaii in a deeper, more responsible way.

From whale watching on a traditional outrigger canoe to trekking West Maui's magnificent North Shore, here are some of the best ways to explore the island's lesser-known gems.

Hike into a volcano

Haleakalā National Park isn’t exactly a secret. In fact, passes to view the sunrise from the volcano’s 10,023-foot summit often sell out well in advance. And for good reason: A sacred site for Native Hawaiians, Haleakalā boasts one of the world’s largest volcanic craters (big enough to fit the entire island of Manhattan), five distinct climate zones and multiple plant and animal species found nowhere else in the world, such as the nēnē (Hawaiian Goose) and Hawaiian silversword.

To avoid the crowds, skip the early wake-up call and arrive in time for a midmorning hike along Haleakalā’s moonlike terrain instead — you’ll feel like you have the whole park to yourself.

Don’t miss Halemau’u Trail, a rocky path that boasts views of lava tubes and cinder cones, and Sliding Sands Trail, which descends all the way to the crater floor. Hike Maui offers a challenging but efficient 4-mile tour or you can explore as much as you want on your own.

Related: Book this, not that: Getting the most from your hotel points in Maui

If you know where to look, it’s possible to immerse yourself in nature and Hawaiian culture without even leaving your resort. For example, at the Four Seasons Maui at Wailea, guests can try their hand at paddling a traditional wood-carved outrigger canoe just like the early Polynesian explorers who navigated to the Hawaiian Islands.

Local guides will show you the ropes and explain the common commands of this fascinating sport. Be sure to keep an eye out for manta rays, green sea turtles, colorful fish, and, from December through May, playful humpback whales.

Go horseback riding in the Upcountry

When thinking about Maui, surfers are more likely to come to mind than cowboys. Even so, the island’s lesser known Upcountry has been the home of paniolo (Hawaiian cowboys) since the 19th century when King Kamehameha III invited vaqueros from California to teach islanders to wrangle cattle.

To step back into Maui’s ranching history, head to the family-owned Thompson Ranch. Far from your standard commercial horseback ride, professional guides lead guests along a country trail at 4,000 feet above sea level through rolling fogs, past grazing cattle, and up to a mountain cabin with panoramic views of Haleakalā itself.

Many travelers skip the back side of West Maui, but the North Shore is well worth a visit. Start by strolling the mostly flat Kapalua Coastal Trail that snakes between Kapalua Bay Beach and D.T. Fleming Beach Park.

Along the way you’ll discover tide pools, dramatic cliffs and magical rock formations, such as Makaluapuna Point, an ancient Hawaiian burial site known as Dragon's Teeth where the jagged lava rock resembles the mouth of a mythical creature.

Craving more adventure? Drive past Kapalua to uncover the hidden treasures on this side of Maui. Sometimes likened to the more famous Road to Hana, the journey will take you to Honolua Bay (one of the top spots on the island for snorkeling), Nakalele Blowhole, Kahakuloa (sometimes called the most isolated village in Maui), and Waihe’e Ridge Trail, a spectacular hike with views of the coastline and lush Waihe’e Valley.

Related: The best way to get to Hawaii using points and miles.

To eat like a local in Maui, drive out to Hali'imaile General Store, a former plantation shop for Upcountry pineapple workers nestled in the lower slopes of Haleakalā. Chef Bev Gannon (credited with establishing the Hawaii Regional Cuisine Movement) opened the restaurant in 1988 to showcase products from Maui’s fishermen, ranchers and farmers. Today the food is just as spectacularly fresh, highlighting a blend of Hawaiian and Asian flavors. A perfect meal might include crab pizza on stone-fired flatbread, macadamia nut crusted mahi-mahi, and Hali'imaile pineapple upside-down cake.

Swim with a sea turtle

Did you even go to Maui if you didn’t spot a sea turtle? Avoid popular snorkeling beaches such as Kaanapali where you’ll be jostling for space and instead book a responsible diving or snorkeling tour that will bring you up close and personal with the island’s chillest residents.

At Wailea Point, you’re likely to see multiple green sea turtles, as well as moray eels, octopus and manta rays, while the aptly named Turtle Town near Makena is arguably the best (and quietest) place to swim with these graceful, iconic animals without overwhelming them.

Related: Cleared for Takeoff: A family adventure in Oahu and Maui

Give back to the community

Inspired by the concept of malama 'aina (caring for the land) that lies at the heart of Hawaiian culture, the state's Malama Hawaii program invites travelers to connect more deeply with the islands by working with local organizations to protect Hawaii’s heritage and natural spaces.

One of the most hands-on and educational experiences can be found at the Lahaina Restoration Foundation, a non-profit organization that strives to restore and preserve the physical, historical, and cultural legacies of Maui. After a brief training session, you'll discover Maui’s storied past by measuring, describing and transcribing historic artifacts and documents from the Kingdom of Hawaii, missionary, whaling and sugar periods.

Featured image by Ed Freeman/Getty Images
Editorial disclaimer: Opinions expressed here are the author’s alone, not those of any bank, credit card issuer, airline or hotel chain, and have not been reviewed, approved or otherwise endorsed by any of these entities.