What to do when your ears won't pop on a plane 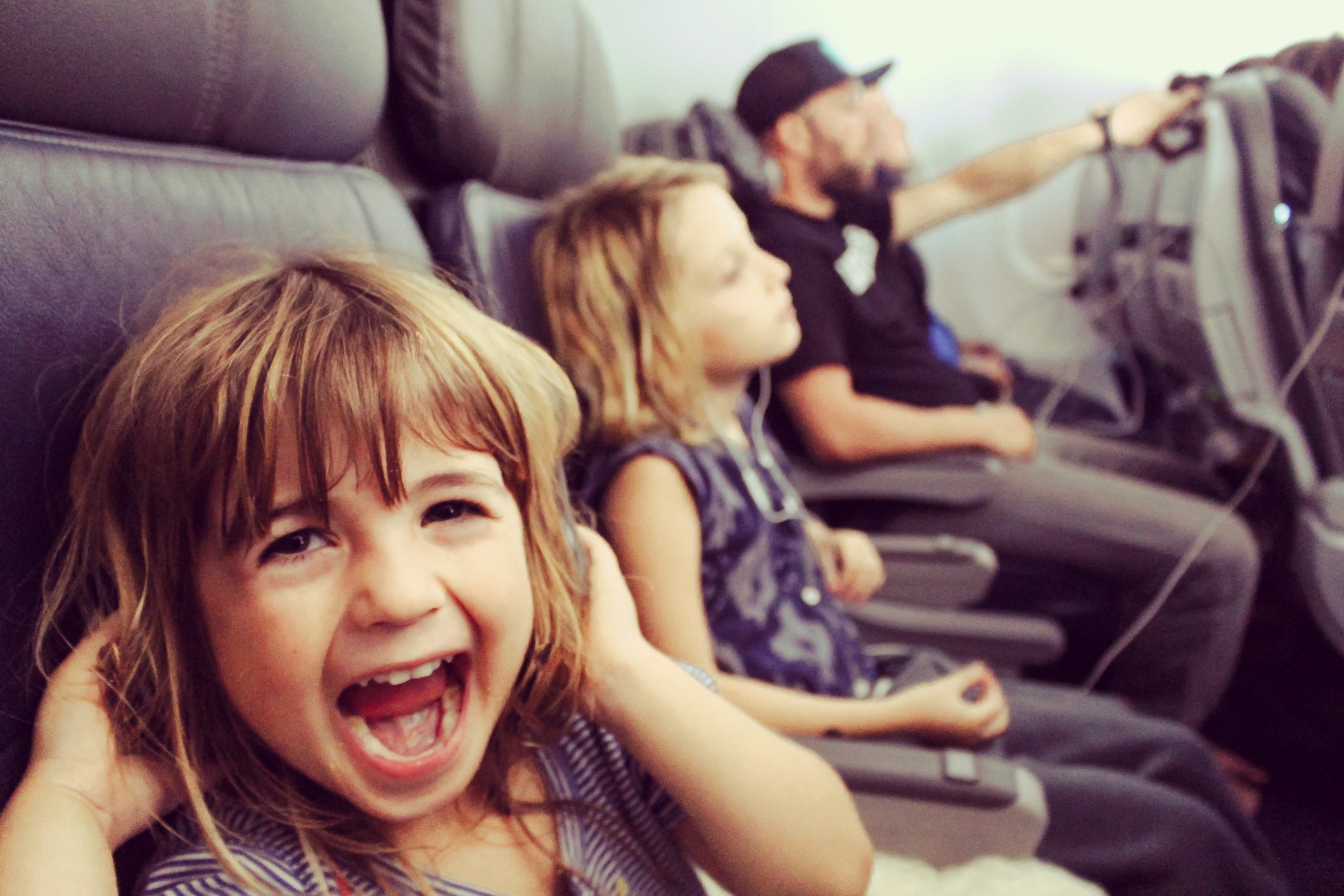 The pilot announces it’s time to strap in for landing. The plane begins to descend and, sure enough, the pressure starts building in your ears. And if you're traveling with a baby or toddler, here comes the wail of pain.

Then you land, start down the aisle and your ears pop — or not. Sometimes they don’t pop for hours or even days. What’s going on?

How air travel affects our ears

It’s all about the Eustachian tube, a cocktail-straw-sized passage that connects the middle ear, which contains the eardrum, to the nose and back of the throat, according to Dr. Ana Kim, an otolaryngologist and neurotologist at ColumbiaDoctors Midtown and associate professor of otolaryngology and head and neck surgery at Columbia University Medical Center in New York. The tube has a significant role in equalizing pressure on both sides of the eardrum.

That popping sensation you feel is the Eustachian tube opening up again. But as we all know, that doesn't always happen immediately.

What to do when your ears won't pop

But the most effective maneuver is to take a deep breath and go through the motion of expelling the air while you hold your nostrils tight and keep your mouth closed, a technique called the Valsalva maneuver.

Of course, these instructions aren’t going to work for a baby or toddler, but you can encourage them to swallow by nursing or offering a bottle or pacifier. With older toddlers and preschoolers, you can try encouraging them to yawn, doing so yourself in exaggerated fashion so they can copy you.

When your ears feel blocked, it’s easy to think that removing excessive earwax can help. But be careful — when you use a cotton swab or other method to remove earwax, you risk actually pushing it farther in and packing it harder.

In most cases, there's nothing serious to worry about and you can safely wait to see if the problem clears up on its own. "In general I would wait a couple of days, depending on the level of discomfort. But if you’re in pain or the problem is affecting your hearing, I would go (to the doctor) right away,” says Kim. “Your doctor can provide medications such as steroids, which are powerful anti-inflammatories, and can make sure that your hearing is OK.” This is important, she says, because inflammation can cause long-term hearing loss.

Sometimes the problem involves fluid buildup, but that's likely the result of having a cold or infection, not just from the airplane trip itself. If you're experiencing fluid that's unable to drain on its own, your doctor can do an in-office procedure that involves making a small incision and vacuuming fluid from the middle ear. In some cases, tubes are then left in to drain. “The cut closes in a day, but if we want continuous airflow to dry up the fluid, we put in temporary tubes to keep the air moving,” Kim says.

How to prevent future problems

To remind yourself to swallow during takeoff and landing, travel with gum or candy and pop them in as soon as you feel the pressure begin to change. When flying with a baby or toddler, give them a bottle or pacifier. Nursing babies and toddlers works well too. If you don't want to give small children gum or candy, try a snack like a fruit leather that involves prolonged sucking and swallowing.

It can also help to use a long-acting decongestant like Afrin or Sudafed. Start using it a half-hour before takeoff or landing.

Beware of conditions that can predispose you to have problems with ear-popping. “Someone who gets frequent sinus infections can be more at risk for this because if the lining of the nose is inflamed and swollen, it can interfere with airflow,” Kim says.

Likewise, having a cold or being stuffed up because of allergies can leave you susceptible as well: “The ear is actually a very sensitive gauge of what’s happening in the nose,” she says. In these cases, you definitely want to take a decongestant before you fly.

It's a different situation, though, in the case of ear infection which, as moms know, babies and toddlers are particularly susceptible to. “If you or your child or baby has an ear infection, we advise you not to fly,” says Kim.

In most cases, an ear that fails to pop is just a routine travel annoyance that can be handled with patience. Have you or your children encountered this problem after flying? What helped? Let us know in the comments.