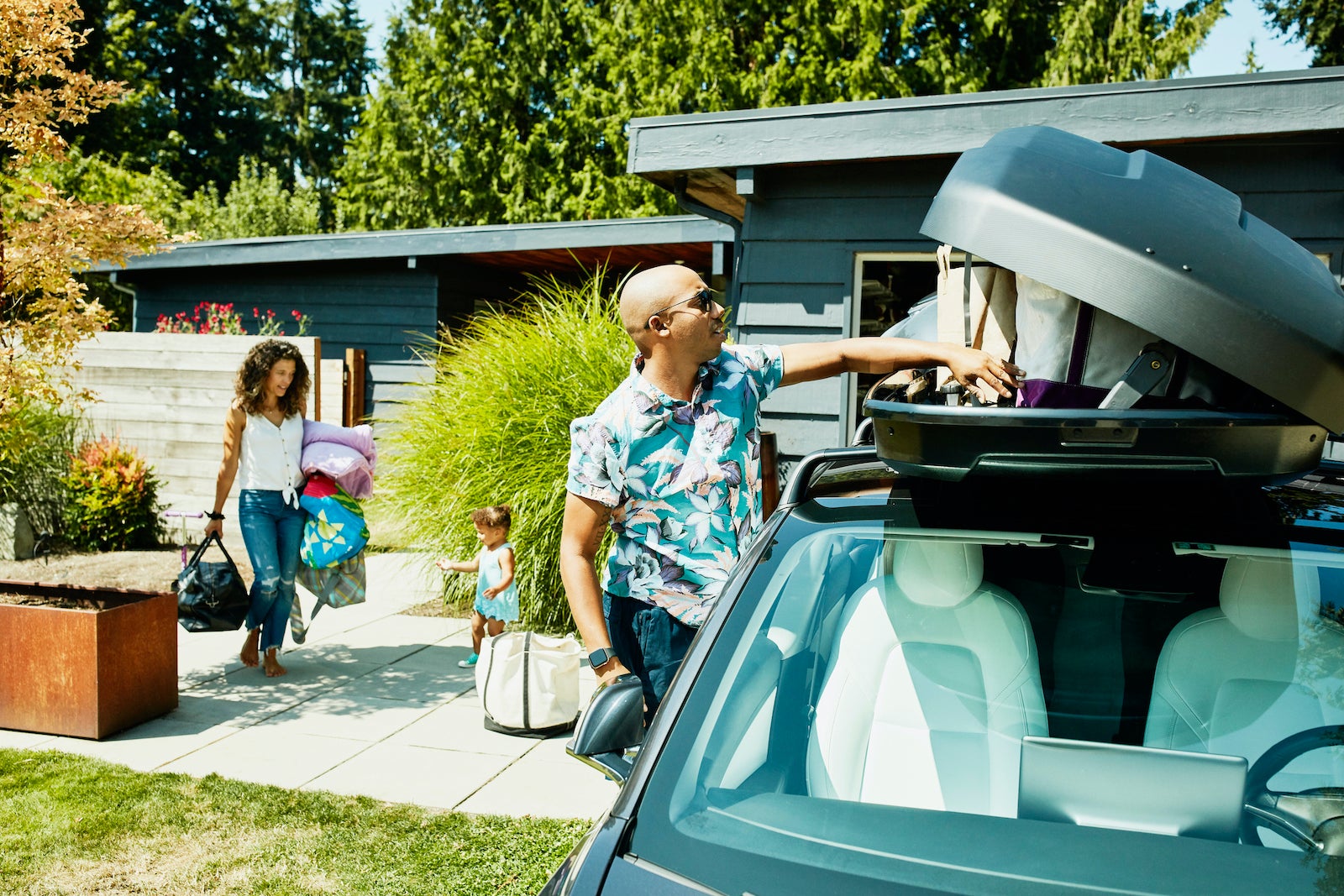 Don't let crowds and high prices derail your summer travel plans
This post contains references to products from one or more of our advertisers. We may receive compensation when you click on links to those products. Terms apply to the offers listed on this page. For an explanation of our Advertising Policy, visit this page.

Travel is bouncing back — but people with plans to vacation this summer should brace for crowds and inflated prices, as inventory struggles to keep up with the growing demand.

In April, TPG found that 50% of adults in the U.S. are at least somewhat likely to take a vacation this summer — a percentage that’s comparable to pre-pandemic numbers, according to a survey by Bankrate (also owned by TPG's parent company, Red Ventures), which found that 52% of Americans were planning a trip in the summer of 2019.

This year, however, slashed inventory and reduced capacity are causing bottlenecks across the industry, as travelers everywhere clamor to reclaim their lost vacations.

As travelers head out on road trips, getaways to national and state parks, and beach vacations this 4th of July, for example, demand for hotel rooms in these leisure markets is surging.

According to data from STR, a global hospitality data and analytics company, hotel occupancy in the U.S. reached its highest level since October 2019 during the week ending June 26. This week also saw the highest average daily rate for a hotel room since the pandemic began.

So it's not hard to imagine that later summer holidays will drive occupancy up even higher.

Demand is particularly strong in popular destinations such as Florida and South Carolina. In fact, some of these markets — Jacksonville, Florida, for instance — have seen occupancy rates outperforming 2019 levels.

The Florida Keys also continues to be a top market. This time in 2019, New York City was the top market.

“It really does follow this familiar pattern that we've started to see … [with] summer leisure demand concentrated in warm beach destinations and outdoor leisure destinations,” explained Hannah Smith, a senior consultant at STR.

As a result, even more unusual markets – like the state of Alaska — are seeing higher occupancy rates than, say, San Francisco. Until group and corporate travel rebounds, or major events come back online, demand for leisure destinations will continue to dominate.

This is one of the reasons travelers shouldn’t expect major deals when they book a beach resort or a national park lodge: Inventory is still coming back online, but the demand is primarily focused on these smaller towns and cities.

According to a quarterly trend report by Expedia, the most-booked destinations for the first quarter of 2021 included Las Vegas, Cancun, Orlando, Miami, Miami Beach, Fort Lauderdale and Honolulu.

Travelers are driving to many of these places this summer, and the result is astronomically high gas prices and a rental car shortage comically dubbed carmageddon or, more simply, the car rental apocalypse.

This month, the national gas average is still over $3 per gallon — the most expensive it’s been since late 2014 and on trend with what we've seen since May, according to AAA. In some states where gas was temporarily limited or unavailable, gas saw a 21-cent increase in less than a week.

Though the cost of gas was exacerbated by the Colonial Pipeline shutdown, prices were already expected to approach the $3 threshold in advance of Memorial Day weekend. With the current cost of gas, AAA says, people will be paying the most they've paid since 2014 to fill up their tanks for the 4th of July holiday weekend.

Already, rental cars have been flying off the lots so quickly, travelers have had to resort to renting U-Hauls or flatbed trucks from home supply stores. That’s because rental car fleets were slashed during the pandemic, and now there simply isn’t enough supply to satisfy the upswell in demand — particularly as travelers look to rent cars for longer trips. Jonathan Weinberg, the CEO and cofounder of Autoslash (a company that helps travelers find rental car deals), told TPG in April that Autoslash saw a 300% increase in rental car pricing in destinations such as Arizona, Hawaii and Florida.

Longer trips could also be contributing to expensive vacation homes and limited inventory — Expedia's trend report found that vacation rental demand had increased and that the average length of stay had increased 30% for trips all around the world. The shift toward longer stays is backed up by Vrbo, which found in April that travelers are 75% more likely to stay seven nights or longer — particularly in a beach destination such as the Outer Banks, North Carolina.

Even for people flying this summer, crowds, waits and expensive fares could be the norm. The TSA hit a pandemic-high screening of 2.2 million people at airports across the U.S. this week.

Airlines are adding new flights and frequency, but the inventory can’t always come back online fast enough to keep up with demand. There are also shortages in TSA screeners, which could lead to airport delays.

In 2019, the average domestic flight itinerary cost $355 — the lowest inflation-adjusted annual fare, according to the Bureau of Transportation Statistics (BTS), before the pandemic plummeted further in 2020 to all-time lows during the pandemic.

The bureau hasn’t released any fare averages for 2021, but it’s clear that even though prices may still be low, generally speaking, the ongoing lack of supply will drive up prices on certain routes.

An airfare report from travel farecasting app Hopper indicates that flight prices are already climbing across the board — there’s been a 16% increase in round-trip flight prices during the peak summer travel season. Hopper found that the average domestic round-trip flight cost $296 in the summer of 2019, and expects that number to approach $283 this summer — down only 4% from pre-pandemic prices.

Hopper expected airfare to peak at the end of June, and is seeing Las Vegas, Orlando and Miami as some of the most-booked destinations.

So, how can you avoid the crowds and still score deals this summer? Avoid the most popular vacation destinations. Florida, Nevada, Colorado, Arizona, Hawaii and the Carolinas continue to be top of mind for travelers this summer.

If you’re dreaming of a Florida beach vacation, for example, consider the Gulf Coast beaches of Texas or Louisiana instead. The quiet beach towns of 30A and Sanibel in Florida could also be smart alternatives to the more popular destinations in the Sunshine State.

Beaches in Virginia or even along the Jersey Shore could also confer significant savings and thinner crowds compared to the Outer Banks or other coastal areas along North and South Carolina.

And for travelers dreaming of live entertainment and casinos in Vegas, or the tropical lure of Hawaii, timing will be everything: Be flexible with your travel dates and the duration of your stay. This is true for travelers planning a road trip or people bound for a national or state park too.

You might also want to consider a midweek trip; set airfare alerts; book far in advance to secure your room, flight or rental car (just make sure there's a flexible cancellation and rebooking policy) and, above all else, be patient.