Articles
Leslie Harvey is a mom of two children, ages 12 and 7, from the San Francisco Bay Area. She blogs at Trips With Tykes, is the co-host of the podcast Disney Deciphered and co-owns the Disneyland planning Facebook group, Disneyland with Kids.
Follow
July 13, 2021
•
8 min read 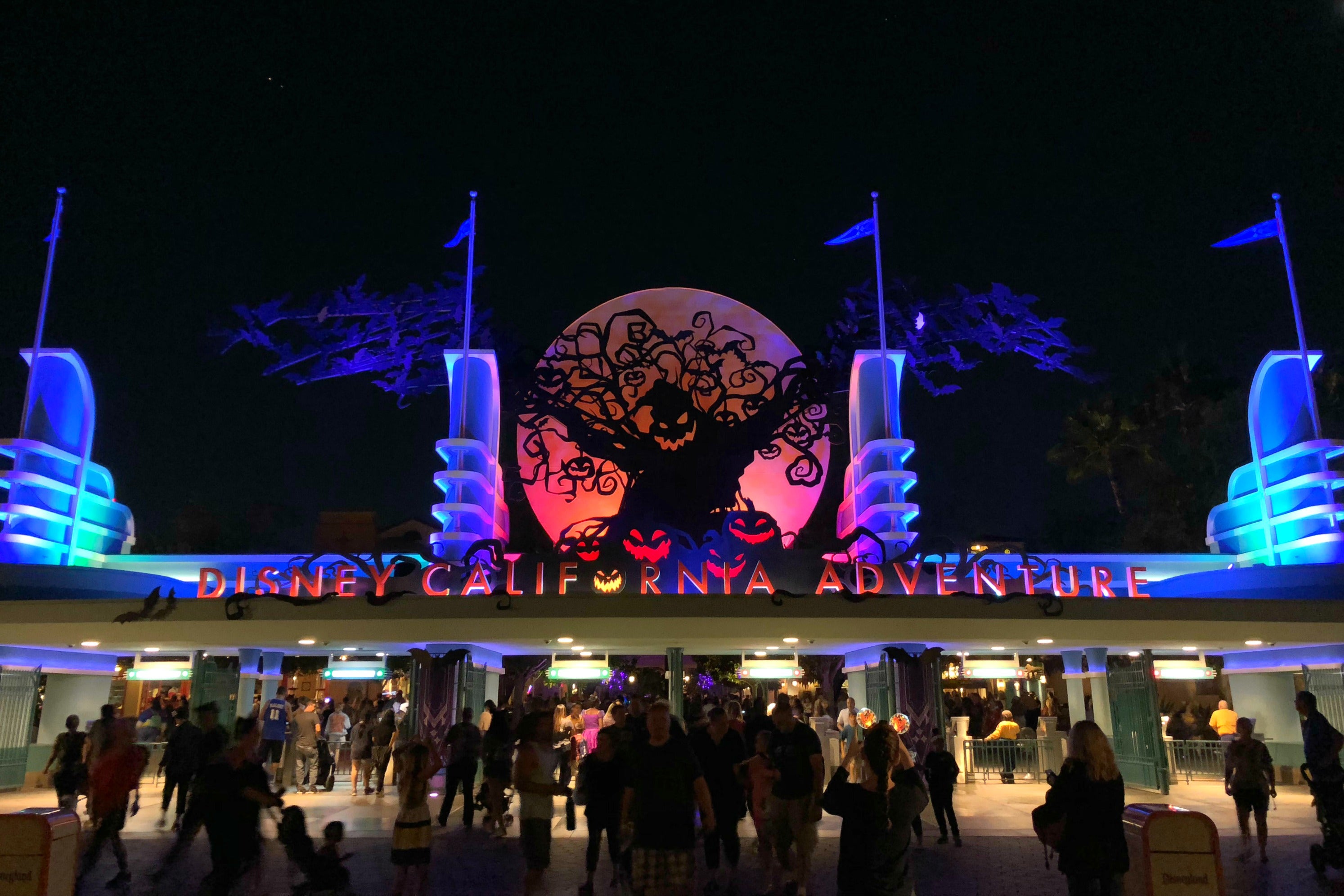 For many Disney fans, Halloween is a truly magical time to plan a trip to the parks. Disneyland had to cancel its Halloween celebrations in 2020 due to the coronavirus pandemic, but its Oogie Boogie Bash is back this year — and tickets are now on sale.

Both Walt Disney World in Orlando, Florida, and Disneyland in Anaheim, California, celebrate Halloween with characters in costume, special not-so-spooky ride overlays and more Mickey-shaped pumpkin sculptures than you can possibly count.

Now that Disneyland is fully reopened to out-of-state residents, guests can make plans for a trip to Disneyland for its Oogie Boogie Bash Halloween celebration.

What to expect this year

Disneyland's Halloween party is named for the jovially evil character in Tim Burton’s "The Nightmare Before Christmas." The party theme is therefore a bit edgy while still in keeping with Disney's family-friendly PG vibe.

In 2021, Oogie Boogie Bash will be offered on 25 select nights starting Sept. 9 through Oct. 31. Tickets to this after-hours event will give you access to California Adventure Park for up to three hours before the bash begins, and the party itself runs from 6 p.m. until 11 p.m.

Prices vary depending on the date you choose, starting at $114, but expect to pay close to $170 per ticket if you hope to go during Halloween weekend. Ticket sales are limited, so if you hope to add this event to your Disneyland itinerary, you'll want to buy your tickets as soon as possible.

Here's what you can expect at this year's celebration.

Guests can head down Disneyland's Treat Trails for sweets from Mars Wrigley. You'll also run into Mickey and friends, plus some Disney Villains.

Each trail is themed after a Disney villain — from Maleficent to the Evil Queen to the event's namesake Oogie Boogie.

Intended for younger visitors with no spooky elements, this new show features Fab 5 characters. It takes place in the same theater as the Disney Junior Dance Party, so expect lots of dancing, followed by a few candy treats.

Villains Grove is back this year, set in the maze-like atmosphere of Redwood Creek Challenge Trail. The area will be transformed with lights and special effects to create a variety of wicked scenes inspired by the worlds of Disney villains — including Dr. Facilier, Frollo, Scar, the Wicked Queen and more.

Families of sensitive little ones should expect this to be a bit dark, but it's sure to be the highlight for older kids and adults.

Disneyland's Halloween parade is back this year for the Oogie Boogie Bash.

This nighttime parade is led by the Headless Horseman of Sleepy Hollow and features characters such as Mickey Mouse and Jack Skellington. You'll see Dr. Facilier from "The Princess and the Frog" with his Shadow Men, as well as favorite villainous faces such as Cruella.

The parade will wrap up with the Cheshire Cat once again.

Both traditional Disney characters in costumes, as well as Disney villains, are available for meet and greets, photos and autographs around the park on party nights.

While not specific to Oogie Boogie Bash, guests should definitely check out the Guardians of the Galaxy — Monsters After Dark attraction while there for the event.

Located at Avengers Campus, you can go on an adventure to rescue Groot from an overrun Collector's Fortress.

The ride isn't suited for small kids — you have to be at least 40 inches tall to ride, and it features a few big drops, loud sounds and potentially frightening moments.

Is Oogie Boogie Bash worth it?

Oogie Boogie Bash isn’t a cheap event. Per-person ticket prices are between $114 and $169. The party's main appeal is the themed entertainment available no other time of year, as well as usually shorter ride lines. The limited hours of the event, however, mean it can be hard to see and do it all in a single party night.

For families with kids who are old enough for a late night out, the party certainly seems worth it for both Disney fans as well as Halloween lovers. My oldest child is now a tween, so I considered all the new programming with her in mind. Families with older kids, tweens and teens can experience a lot in a single evening, as will adults-only groups.

For parents of younger children, the biggest concern is the late hour. I attended a Halloween party with my son when he was three, and he passed out in his stroller before the evening parade even began. It’s hard for a family to get full value with either sleeping or cranky kids.

If you are inclined to attend a party with younger kids, it’s vital to get a pre-party afternoon nap and also not to plan to go to the parks the next morning. And be careful with sensitive little ones. While the party isn't scary, it still might not be the right fit for every child.

Because Oogie Boogie Bash is a brand-new event this year, strategies for making the most of it won't be fully evident until the first party happens on Sept. 17. That said, there are a number of tips from previous years' parties that will likely still apply.

Related stories
What are points and miles worth? TPG’s December 2022 monthly valuations
Capital One Venture X to lose Priority Pass restaurants and spa services as of Jan. 1, 2023
December 2022
Current Hyatt promotions: Bonus points on stays and dining plus double stay credits
Featured image by (Image by Leslie Harvey.)
Editorial disclaimer: Opinions expressed here are the author’s alone, not those of any bank, credit card issuer, airline or hotel chain, and have not been reviewed, approved or otherwise endorsed by any of these entities.