How Much Does It Cost to Fuel up an Airliner?

Articles
Marc Stewart is a journalist who's worked across the US, Central America, Europe and Asia. Most recently an anchor and reporter at the ABC affiliate in Denver, he’s now taking a quick break from the newsdesk, studying business and economic reporting at New York University.
Follow
Aug. 24, 2019
•
4 min read 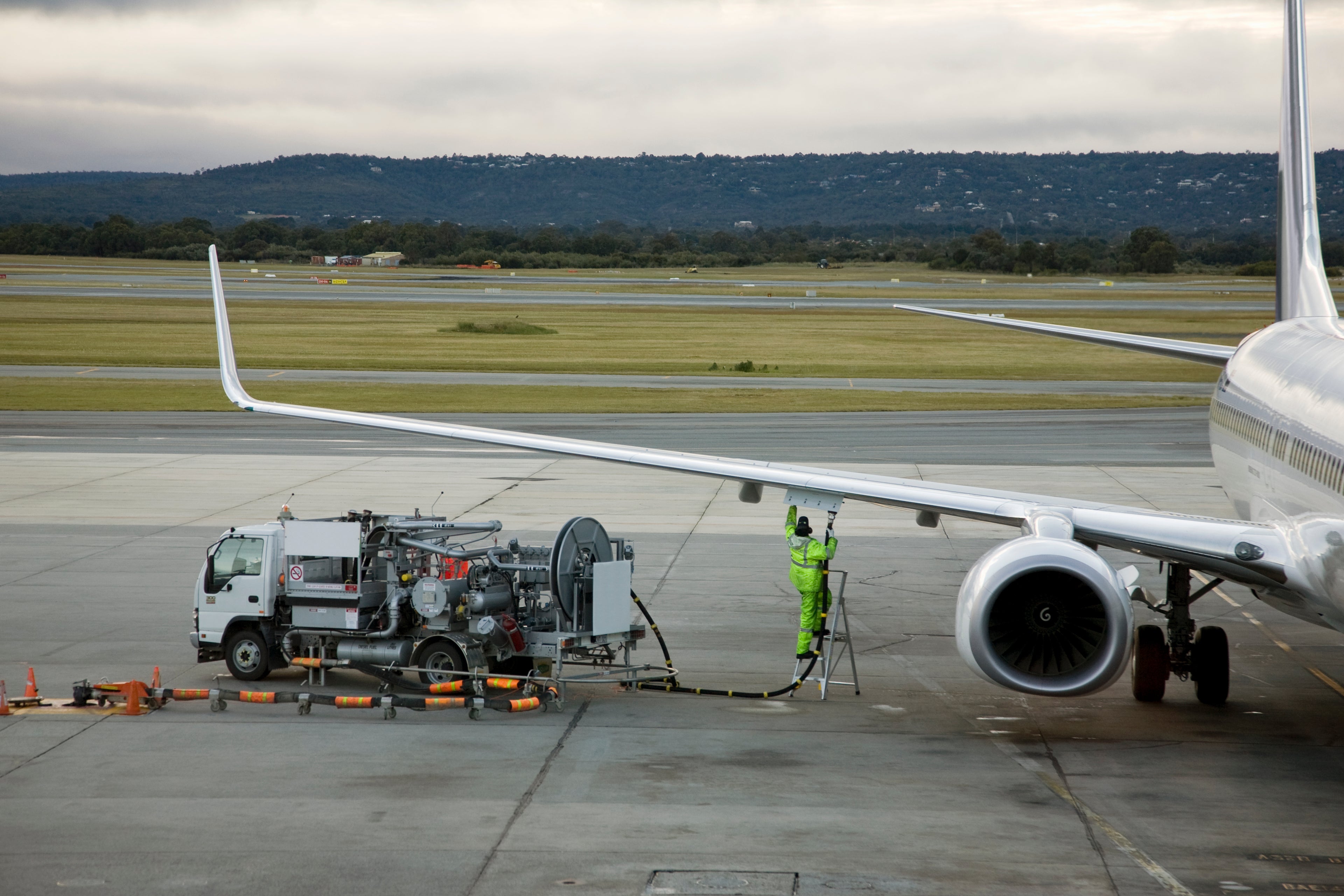 If you think filling up your car is expensive, consider the price tag for fueling an airliner for a trans-Atlantic flight.

Jet fuel for a flight from New York’s John F. Kennedy Airport to London Heathrow can cost a carrier approximately $27,270, according to data from Airlines for America. The return trip is even more expensive, at approximately $33,411.

The amount of fuel an airliner needs — and thus the cost — depends on many factors, including aircraft type, weight and direction of travel. Here are some price estimates provided to TPG based on data compiled by Airlines for America. The prices are averages collected from January to May 2019.

Los Angeles International to Tokyo Narita: This trans-Pacific hop uses an estimated 9,500 gallons of jet fuel at an estimated price of $19,190.

Denver International to San Francisco International Airport: This particular route can see significant variances in fuel quantity and pricing because of the variety of aircraft operating between the two cities. On average, aircraft fill up with an estimated 3,500 gallons of jet fuel, costing an estimated $7,070. However, price can vary from $4,040 on the low end to $14,140 on the high end.

Many of us drive around in search of the cheapest gas prices, but for the nation’s airlines, filling up aircraft isn’t so simple.

“It’s not like you can pull up to the Costco pump,” said Helane Becker, an airline analyst and managing director of Cowen & Co, an investment firm. Whoever has the contract to supply an airport with fuel is going to be supplying the aircraft there, she said.

Collectively, United States air carriers burn through 17 billion gallons of jet fuel annually, a number that has remained consistent over the years as aircraft and engine makers devise more fuel-efficient equipment even as they fly more miles.

Over the last few years, oil prices have fluctuated. They averaged $66 per barrel in the first half of 2019 but saw a low of approximately $30 in January 2016.

The fluctuations in jet fuel prices can have an impact on ticket prices, but it’s not necessarily immediate. And there is not a direct link between a single change in the price of oil and a specific change in the cost of an airline ticket, according to Becker.

In an effort to offset price fluctuations, many airlines will use "call options" (options to buy an asset at an agreed price on or before a particular date) as an insurance policy of sorts by signing a nonbinding agreement with a seller, in case the price of fuel were to spike.

In the past, some carriers, such as Southwest, hedged fuel purchases, securing a long-term rate when prices are low. However, that strategy can backfire if costs drop instead and the airline is stuck with a higher price.