Second Cities: Destinations to add onto a trip to Copenhagen, Denmark 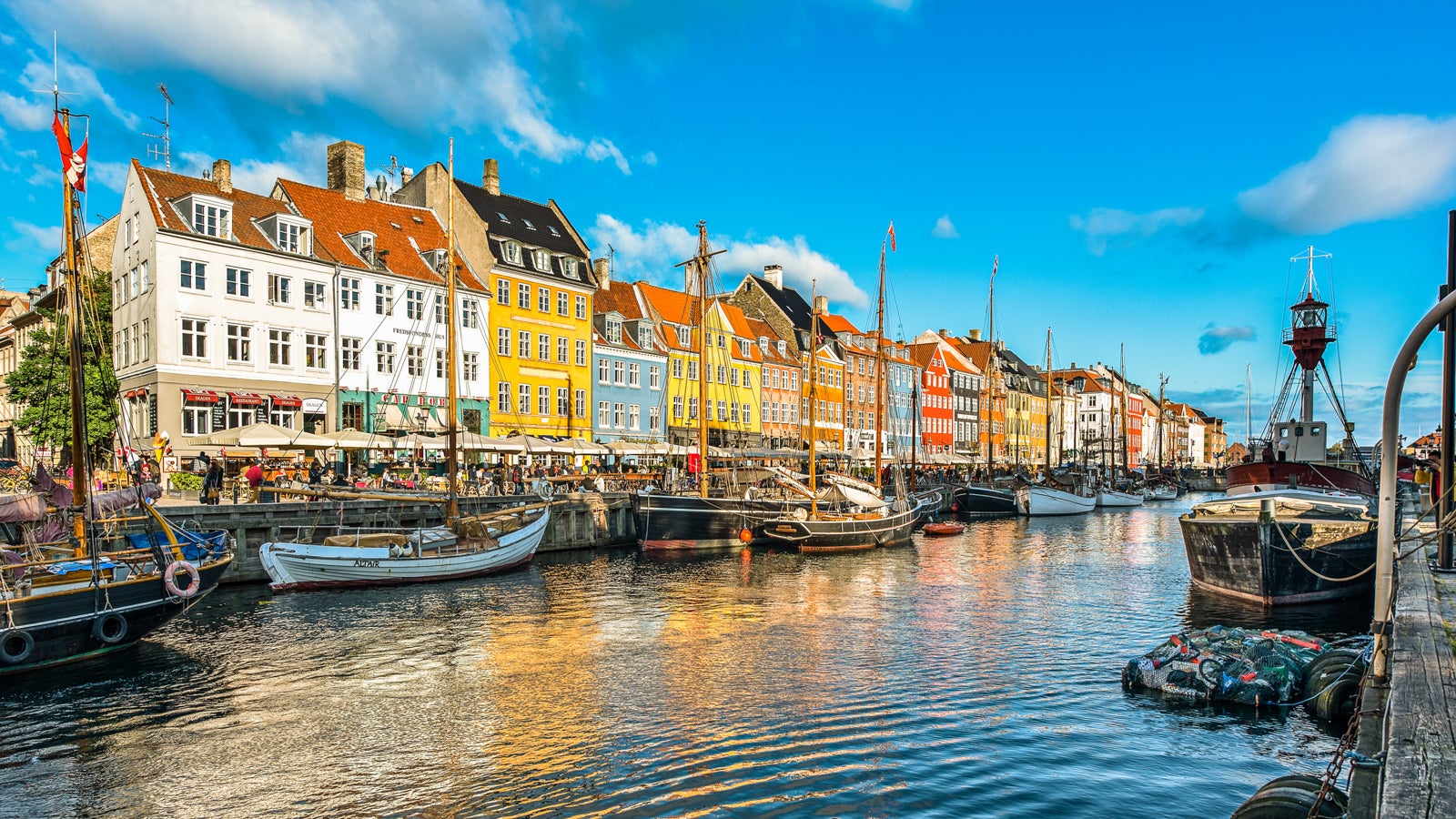 Welcome to TPG’s Second Cities series, where we help you find amazing places that are only a couple of hours away from your original destination. This way you get the most out of your itinerary and visit less-popular or less-frequented destinations that deserve more attention.

Copenhagen is a culturally rich city that’s well known for its architecture, cutting-edge design scene, and gastronomical delights. You’ll find a myriad things to do in this bicycle-friendly city, which embraces the notion of "hygge." This Danish word translates as comfortable conviviality, coziness or contentment.

Although it’s the capital of the smallest country in Scandinavia, Copenhagen is one of Europe’s most highly transited cities. Copenhagen has direct flights to 10 different U.S. hubs, including New York, Boston, Chicago, Miami and San Francisco, along with another 166 direct routes to other international destinations.

This city also has three different cruise terminals that act as gateways to both the North and Baltic seas, providing ferries throughout northern Europe and cruises to Russia and the Arctic Circle. Copenhagen consequently provides easy access to a variety of destinations. Here are three stops you may want to add to your itinerary after visiting Denmark’s capital.

Malmö is the first stop you’ll encounter when crossing the strait between Denmark and Sweden. It’s the third-largest city in Sweden after Stockholm and Gothenburg, but only became a part of the country in the 17th century.

Trains run every 10 to 60 minutes from Copenhagen, taking you across the Øresund and into Sweden in just over half an hour. The same journey can be accomplished by car in a similar amount of time, following the same route across the strait alongside the rail line. There’s also a bus route, but this method of transport takes twice as long.

Clarion Hotel Malmö Live, part of the Choice Hotels Group, is a four-star hotel next to Malmö central station. This hotel is also within walking distance of Malmöhus Castle and has a sky bar with panoramic views of the city.

Like Copenhagen, Malmö is filled with arts, culture and food. This city is situated in Sweden’s Skåne County, where a substantial amount of the food in Sweden is produced. Malmö is home to an incredible farm-to-table dining scene, several Michelin-starred restaurants, and “no menu” dining. Malmö is also the permanent home of the Disgusting Food Museum, which has interactive exhibits on 80 of the world’s most offensive foods and even certain food tastings.

You can also find many other museums in Malmö. The Moderna Museet features works by Picasso and Dalí, while the High Court Conference Building hosts an exhibition of personal photographic portraits of the Sámi (Laplanders), the indigenous people of Northern Europe. There’s even an entire submarine you can enter at the Technology and Maritime Museum.

Bergen used to be Norway’s capital in the 13th century. It’s now the country’s second-largest city.

Nestled among the Seven Mountains, Bergen is often referred to as the gateway to the fjords. It’s the ideal city to visit if you’re keen on experiencing Norway’s natural beauty and are also interested in Scandinavian history.

There are at least three daily direct flights connecting Copenhagen (CPH) and Bergen (BGO). This route, serviced by both Norwegian Air and Star Alliance’s Scandinavian Airlines (SAS), takes just under an hour and a half.

Hotel No 13, part of the Choice Hotels Group, is centrally located within Torgallmenningen City Square, in walking distance of most of Bergen’s major sights. This Art Nouveau-inspired hotel features a unique entrance with a stained glass ceiling that is more than a hundred years old. You can even find spacious skylight suites on the hotel’s top floor that allow you to stargaze for as long as you please.

Bergen lies between two fjords: Sognefjord, the second-longest fjord in the world, and Hardangerfjord, where you can find Folgefonna National Park and Glacier. Both are accessible through boat tours or alternatively, a few hours' drive away.

For closer natural beauty, you can take the funicular from the city center to the top of Fløyen, the closest of the Seven Mountains. This mountaintop, which is approximately 1,050 feet above sea level, provides panoramic views of Bergen and its surroundings. From here, you can walk back down the mountain or hike on to visit the surrounding lakes and neighboring mountains, like Mt. Ulriken.

If you’d rather remain in the city, you can visit the UNESCO World Heritage site Bryggen, Bergen’s historic harbor district, a trading outpost established by the Hanseatic League in 1350. History buffs will also enjoy the Old Bergen Museum, an open-air museum with 55 reconstructed wooden houses from the 18th, 19th and 20th centuries, and the Leprosy Museum, set in a former hospital, detailing Norway's contribution to the research and treatment of this disease.

Part of the Kingdom of Denmark, the Faroe Islands are a small archipelago in the Atlantic Ocean between Iceland, Scotland and Norway. They’re made up of 18 main islands, as well as hundreds of islets and skerries. These volcanic islands are ideal for watching the northern lights from November through February, or experiencing the midnight sun in midsummer.

Although there are only three flights each day from Copenhagen, this is the main direct route to the Faroe Islands. This route is serviced by both Atlantic Airways and Star Alliance’s Scandinavian Airways (SAS). Flights from Copenhagen to Vágar Airport (FAE) are a little over two hours long.

Seventeen of the 18 islands in this archipelago are inhabited, but only three of these have hotels. You’ll likely want to base your stay around Faroe Island’s capital Tórshavn, where 40% of the population resides.

Given the remoteness of the Faroes, there are currently no major hotel chains operating on the islands. However, a Hilton Garden Inn will be opening in Tórshavn in 2020. Currently, the four-star Føroyar Hotel is considered the best in the capital and offers scenic views from a hilltop overlooking the city. If you’d rather be based in the old town center, the three-star Hotel Hafnia provides easy access to the harbor, cathedral, and various restaurants and bars. Both of these hotels can be booked on Hotels.com.

Despite its tiny population and remoteness, Tórshavn is home to culinary wonders, including a two-star Michelin restaurant. The gastronomy in this region has a heavy emphasis on local produce and traditional preservation methods, like salting, smoking and fermenting.

The Faroe Islands' natural beauty that can be explored on foot, bike, kayak or even by scuba diving. These islands have towering basalt cliffs, waterfalls that run directly into the ocean, and one of the longest sea caves known to man.

The Faroes are also home to a wide range of fauna. They’re particularly excellent for watching seabirds and marine animals. You’ll be able to see one of the largest storm petrel colonies in the world, puffins which breed in the thousands during the summer, harbor porpoises, and several species of whales.