Second Cities: Destinations to add onto a trip to Cape Town, South Africa

Articles
Lori Zaino is a writer for TPG and TPG UK covering travel, news, points and miles and more. She's been based in Madrid, Spain almost 15 years and is an expert in travel throughout destinations such as Europe, Southeast Asia and Africa.
Follow
Nov. 09, 2019
•
10 min read 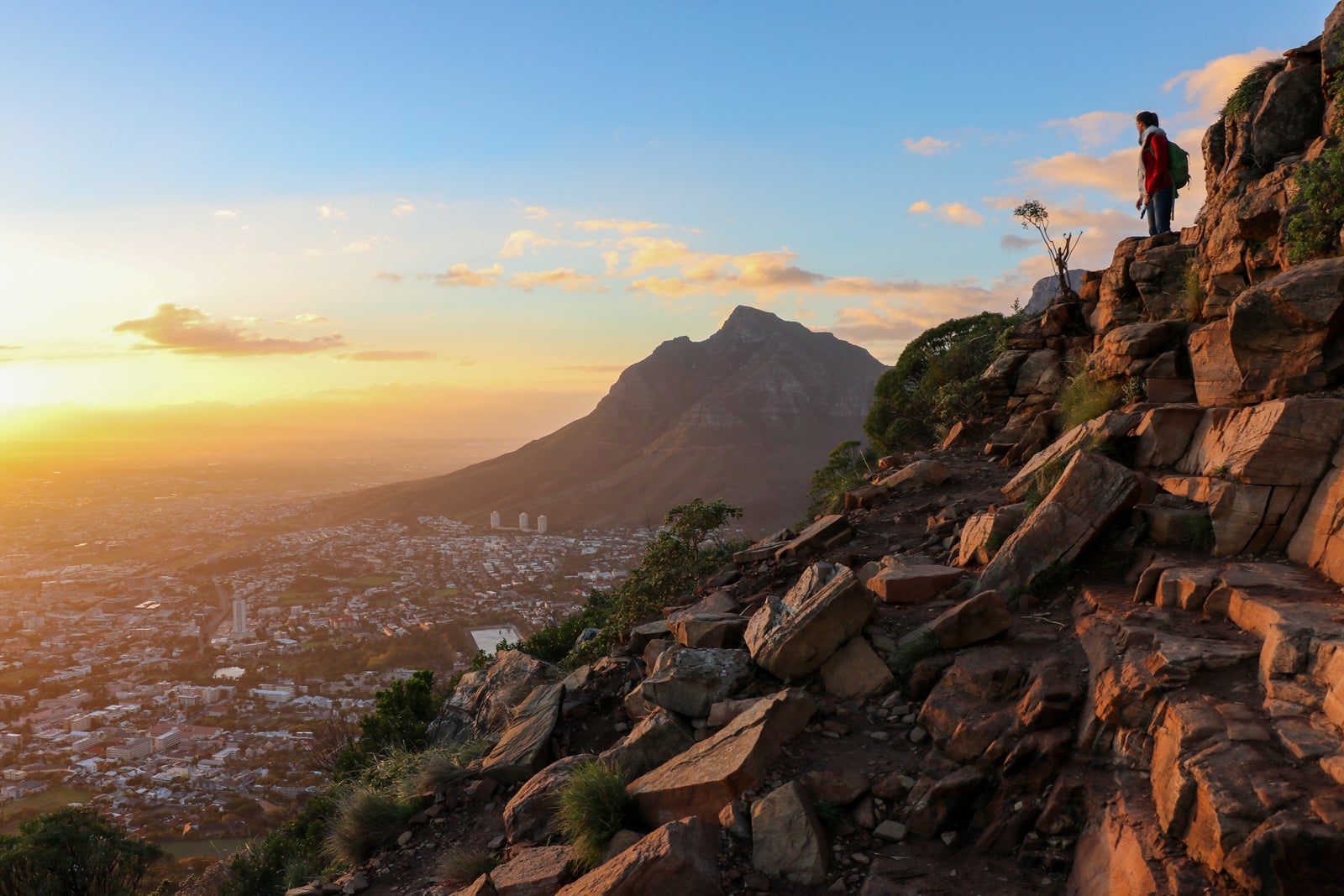 Welcome to TPG’s Second Cities series, where we help you find amazing places that are only a couple of hours away from your original destination. This way you get the most out of your itinerary and visit less-popular or less-frequented destinations that deserve more attention.

This month's Second Cities feature will help you discover South African gems outside Cape Town, a destination we think you should put on your list of places to visit now that United Airlines is launching the only nonstop service between the United States and Cape Town on Dec. 15, 2019.

The new nonstop route, which runs through the end of March 2020, operates with the following schedule:

If you're traveling outside of those dates, which coincide with Cape Town's summer season, you can always hop on the nonstop flight from Atlanta (ATL) to Johannesburg (JNB) on Delta (Tip: Use your Virgin Atlantic points to book this if you can find availability) or South African Airways' flight from New York-JFK to Johannesburg.

The new nonstop flight isn't the only reason to visit this South African city. There's hiking on Table Mountain, lounging on white-sand beaches and day trips to the famous wine regions Stellenbosch and Franschhoek just a quick drive away. Activities like shark diving, whale watching or visiting a penguin colony are all things you can do as easy day trips. But if you're traveling all the way to the bottom of the African continent, mix things up by adding a couple of nearby destinations to your Cape Town visit.

Related Reading: The best ways to get to South Africa on points and miles

Mpuma what? Don't worry if you can't pronounce it. The name means "east" or the "place where the sun rises" in Zulu. This South African province sits on the eastern edge of South Africa and is home to some of the country's most beautiful natural wonders. Nearly half of Kruger National Park lies within this region.

Getting there: South African Airways uses partner Airlink to fly nonstop (just over two hours) between Cape Town and cities like Nelspruit (MQP) and Hoedspruit (HDS). (The Hoedspruit airport is actually just outside Mpumalanga but about an hour's drive from some of the region's main attractions, like Blyde River Canyon.)

Although you won't find award availability on United for these flights, you may earn United miles on them. Although United states Airlink flights are ineligible for earning miles, I've earned some (and others too) so make sure to add your United number when booking just in case. Some safari lodges have their own airstrips, though most of them operate charter flights from Johannesburg.

Where to stay: For a truly luxurious stay, rest your head at Singita Lebombo Lodge on the grounds of Kruger National Park. Floor-to-ceiling windows at the lodge overlook 33,000 acres of African bush. Rooms start at $2,000 per night and include food, most drinks and daily walking and driving safaris.

Those on a budget might prefer to stay at the umVangati House, a small boutique hotel near Blyde River Canyon that features breathtaking mountain views. Room rates start at $220 per night.

What to do: Most travelers to this stunningly beautiful destination will want to start with a safari. Of course, there are safaris available in Kruger Park, but you can also spot the Big Five (game animals: lion, leopard, rhinoceros, elephant and Cape buffalo) at a number of smaller reserves in the region, where some vehicles are allowed to go off-road — in places such as Manyeleti, Sabi Sand and Mala Mala.

Blyde River Canyon is one of the largest canyons in the world, meandering along the Panorama Route, one of the most scenic drives in South Africa. Start by driving to the Sudwala Caves and make your way to Long Tom Pass, home to Misty Mountain. Stop at Bourke's Luck Potholes, a geological wonder created by water erosion, with large rocks and rushing water below. Weave through the rocky cliffs, past waterfalls and through the African bush, taking time to admire the incredible panorama with mountains and the Lowveld region below at God's Window. End up near Blyde Canyon — and plan to spend some time there. The canyon offers activities like hiking, rafting and boat trips on Blyderivierpoort Dam. There is also horseback riding, hot air balloon rides, fishing, cycling and canyoning (the locals call it "kloofing"), which is following the river along its course through the canyon.

The tiny town of Dullstroom is anything but dull — if you're into fly-fishing, that is. Known as the fly-fishing capital of South Africa, the town is near several dams and rivers full of fish.

The town of Barberton is home to the Sheba Mine and dates back to the gold rush of the 1880s. The town borders the Barberton Nature Reserve and the Barberton Geotrail, where you can see some of the world's oldest rocks and the Makhonjwa Mountains.

Located on South Africa's southern coast between Durban and Cape Town, Port Elizabeth has many gorgeous beaches, but art, music and wildlife lovers will find plenty to do in the city and surrounding area, too.

Getting there: You can purchase a flight, which is about an hour and 10 minutes long from Cape Town to Port Elizabeth (PLZ), on British Airways, though your flight will be operated by Kulula. South African also has flights operated by Mango.

Where to stay: Use your Marriott points at the Protea Hotel Port Elizabeth Marine, a beachfront property with views of Algoa Bay. The hotel is a Category 1, so room rates start at 5,000 points per night or $115 per night.

What to do: Some might say Port Elizabeth is up-and-coming, but in reality, the city has been there all along, simply overshadowed by its larger, more famous western neighbor, Cape Town.

Located on the Algoa Bay, this major South African city is known for its beaches. Two of the best beaches are Humewood Beach and Hobie Beach, which have been awarded Blue Flag status, meaning they've met stringent safety, environmental and accessibility standards. There's also Kings Beach Skate Park and the peaceful Cape Recife Nature Reserve (you'll have to pay a small fee to enter). Spend an afternoon relaxing at the Sardinia Bay tide pools and dunes — and when the waves are just right, you can surf there too.

The Central district is known for its many art galleries like GFI and ArtEC, as well as the Nelson Mandela Metropolitan Art Museum. The Athenaeum, declared a national monument and listed as a provincial heritage site, is worth a visit. It is a community center for theater productions and exhibitions.

Nearby game reserves such as Lalibela, Addo Elephant Park and Amakhala offer opportunities to see lions, elephants and leopards — all in a malaria-free part of the country, according to SA-Venues.com.

This small country within South Africa, doesn't require visas for U.S., U.K. or Canadian visitors. The U.S. State Department currently marks Lesotho as a Level 1 Travel Advisory, safer than South Africa which is marked as a Level 2.

Getting there: British Airways also offers flights (about two hours) between Cape Town and Durban (DUR) operated by Kulula; South African has flights operated by Mango. Durban is actually in South Africa, but the Lesotho border is about a three-hour drive away and you can put together a nature-inspired road trip and enjoy some of the South African areas bordering eastern Lesotho, too.

Where to stay: Traditional rondavels, or circular African houses, are your best bet for a stay in Lesotho, as you won't find any luxurious Hilton or Hyatt properties high up in the mountains. Each rondavel at the Sani Mountain Lodge has its own bathroom and fireplace. Rates start at $140 per night, but shared rooms are available for less.

What to do: Start by driving from Durban to Maloti-Drakensberg Park. Spend a few days relaxing here or participating in outdoor activities like cycling or hiking to the peak of Giant's Castle, habitat of bearded vultures, which are threatened with extinction, and the Cape vulture, which is on the endangered species list. You can also view the largest grouping of cave and rock paintings (thousands of them) south of the Sahara, done by the San people.

Then cross the border into Lesotho via the Sani Pass. You can stop for a drink at the Sani Mountain Lodge, known as the highest pub in Africa (or spend the night there). Don't overindulge, as the switchbacks and climbs will need your full attention — and 4x4 vehicle rentals are a must for this area. If you want to explore more of the country, snake down through the rocky cliffs toward Sehlabathebe National Park. Check the weather before visiting, as fog and snow often create difficult driving conditions.

In addition to outdoor adventure activities like horseback riding (the area is known for Basuto ponies) and hiking, eastern Lesotho also has craft centers featuring artwork from the Sotho people. The region was once a land traversed by dinosaurs, and you can still see some of the footprints today. There's even a dinosaur named after the country, Lesothosaurus, which means "lizard from Lesotho."