7 overlooked ski resorts you should visit this season 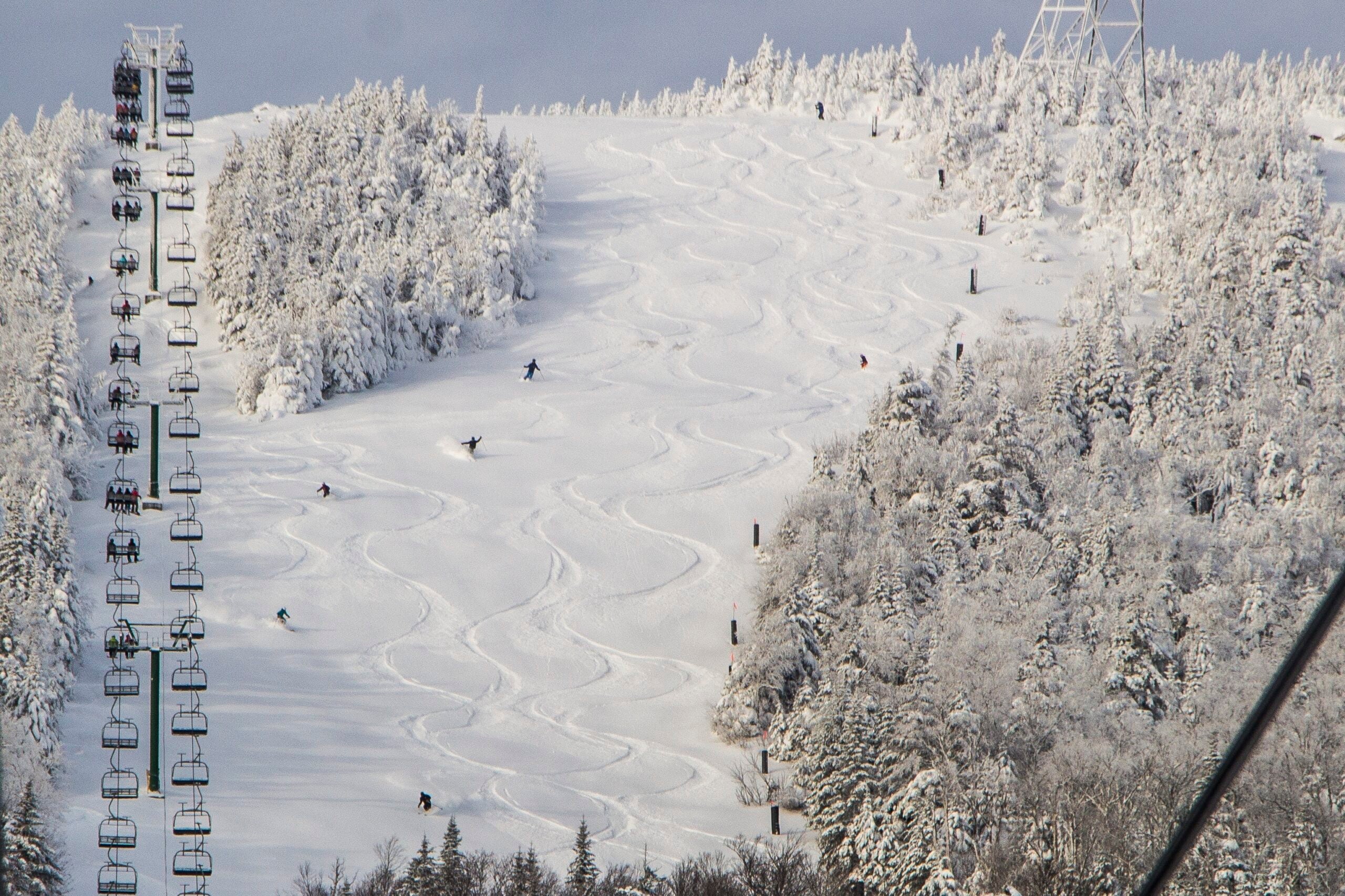 If the last ski season is any indicator, chances are that many skiers are going to spend more time in lift lines than enjoying the snow this winter. According to the National Ski Area Association’s annual report, last season ranked among the five busiest since 1978, with more than 59 million visits. And with weekdays accounting for 48% of the season’s visits — up 27% from the previous season — visiting midweek is no longer a surefire way to avoid the crowds.

Luckily, with approximately 470 ski resorts operating nationwide, there are some terrific lesser-known resorts where you can avoid a 20-minute lift line without sacrificing terrain or snow.

Boasting 8,464 acres of skiable terrain within its resort boundaries, Powder Mountain is technically the largest ski area in North America — although this is an often-contested claim since the resort only has six lifts.

Regardless of how you classify it, one thing can’t be argued: the beauty of untouched powder turns days after a storm. Daily ticket sales are limited to 1,500 and season passes to 3,000, guaranteeing that all of the stashes won’t be tracked out by noon.

Powder Mountain doesn’t have nearly the amount of amenities as more popular resorts like Park City, making it a destination for people who value skiing and riding over lodging and restaurants. With that being said, there are a number of townhouses and condos available for rent and restaurants on site.

For even more options, downtown Ogden, which was once known as a rugged frontier town but has seen a revival in recent years, is just 30 minutes away.

East Coast skiers and riders know to expect a line waiting for the first chair on any day when the forecast calls for more than 2 inches of snow. Jay Peak is an exception to that rule.

Located on Vermont’s border with Canada in a sort of climate bubble only the finest meteorologists can explain, Jay Peak receives a whopping 359 inches of snow annually — putting it on par with some resorts out West.

It’s not uncommon for “a trace” of snow in the forecast to turn into a 10-inch dump at Jay, making it the best destination on the East Coast for powder hounds. And unlike many other resorts, leaving the groomed trails to find your own secret stash is encouraged (within reason and ability level). While there isn’t a major town nearby, the resort does offer a range of dining and lodging options and even has a waterpark to cap off a day of skiing.

During the spring of 2020, the resort began a multiphase terrain improvement project that included the completion of two new runs and glading in six zones.

The nearby town of Whitefish offers plenty of inns, guest ranches and lodges, including the state’s only AAA Four Diamond-rated resort, The Lodge at Whitefish Lake. The town itself has streets lined with shops, restaurants and cafes, keeping even non-skiers busy while the rest of the family hits the slopes. Couple the trip with a visit to Glacier National Park for snowshoeing and cross-country skiing.

Arizona doesn’t often come to mind when thinking of ski destinations — which is what makes it perfect for travelers seeking crowd-free runs.

Located in Northern Arizona’s San Francisco peaks, just 14 miles from Flagstaff, the Arizona Snowbowl receives 260 inches of snow annually and has a 2,300-foot drop from its 11,500-foot summit.

Last year, the resort introduced the high-speed Arizona Gondola, which at 2,000 vertical feet is the state’s longest and highest ski lift. While the resort is great for beginners, offering some of the most expansive beginner terrain in the Southwest, there are enough steeps, bowls and chutes to keep advanced skiers occupied for days.

Monarch Mountain has grown immensely since opening in 1939 with a single rope tow. What hasn’t grown are the crowds, as many winter visitors to Colorado overlook Monarch in favor of some of the larger destinations like Vail, Aspen and Telluride.

Today, the resort has 59 lift-accessed runs on 800 skiable acres and receives an impressive 350 inches of snow per year, offering enough terrain to keep skiers and riders of all ability levels content.

For expert skiers looking to explore the surrounding out-of-bounds terrain, Monarch offers snowcat access to an additional 1,635 acres. Fly into the Colorado Springs Airport (COS), which is just over two hours’ drive from the mountain, and present your boarding pass to receive a $59 lift ticket.

Related: An emotional welcome back: What it was like on the first day of train service in Vermont since March 2020

There aren’t many resorts in North America that can claim a 500-inch annual average snowfall -- but Grand Targhee is one of them.

Located just 40 miles from Jackson Hole on the Tetons' western slope, Grand Targhee has similar terrain and snow quality to the resort there, without the crowds. While Grand Targhee might not have quite as much terrain as its counterpart in Jackson, its 2,600 skiable acres are not likely to leave even the most advanced skiers wishing for more — especially when those slopes are blanketed in waist-deep powder.

At the end of last season, the resort announced $20 million in planned improvements, including renovations to the Teewinot Lodge and the addition of the new Peaked chairlift and terrain.

An addition to Vail’s Epic Pass resorts during the 2019-2020 ski season, Snowbasin isn’t exactly unheard of, but it does tend to be overshadowed by Utah's more popular destinations such as Park City and Alta.

The lift lines might not be quite as sparse as those at nearby Powder Mountain, but with 3,000 acres of skiable terrain, it isn’t hard to distance yourself from the crowds. With an upgraded high-speed, six-person Middle Bowl Chairlift installed for the upcoming season, skiers and riders will spend more time on the slopes and less time on the lift.