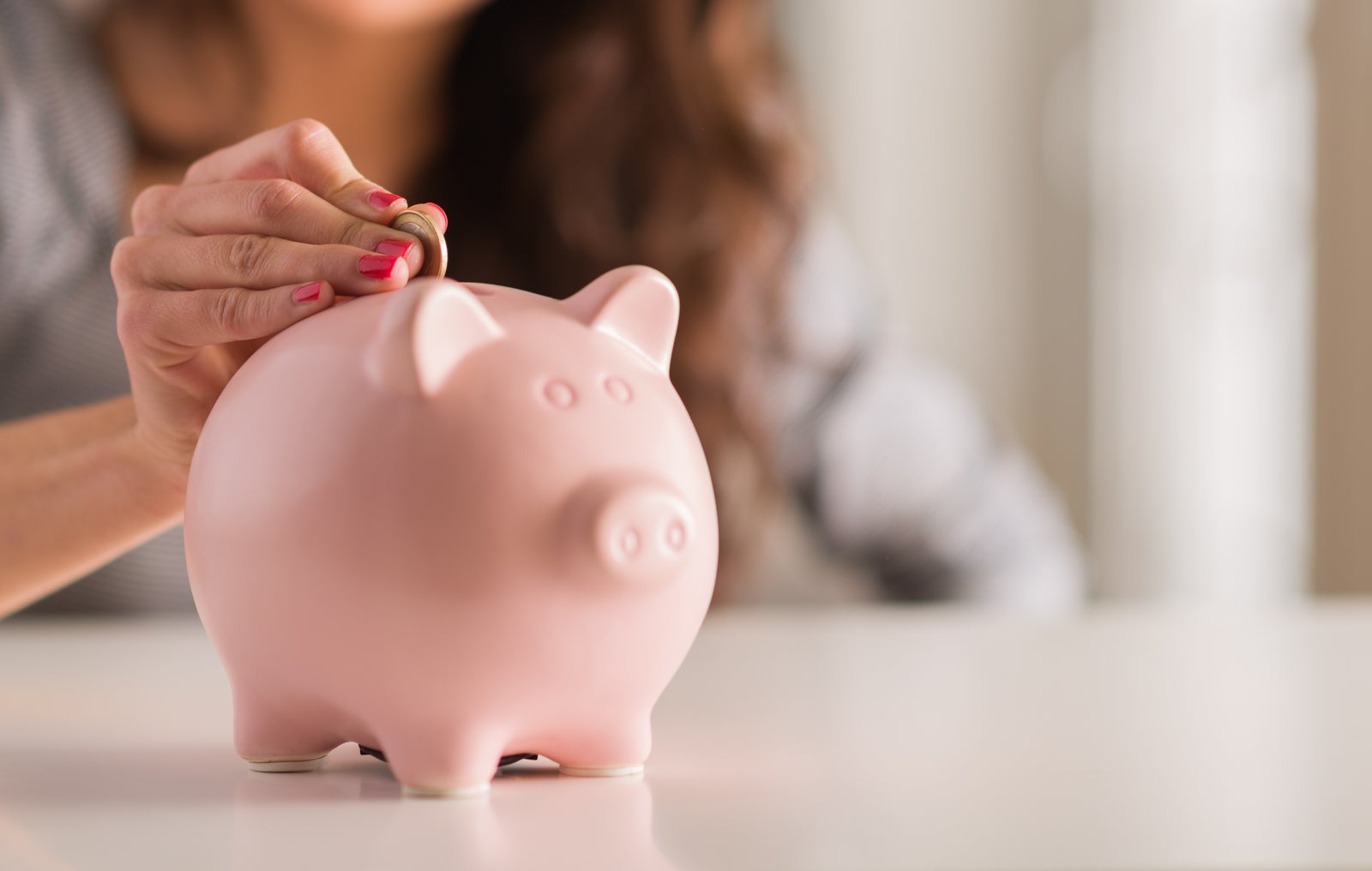 We spend a lot of time crunching the numbers of loyalty currency valuations to determine the best credit cards to keep in your wallet, but where are the best places to keep your actual cash? Just as estimating the valuations of points and miles is a highly subjective activity, the "best" bank varies based on what matters to you. You'll need to think about a range of factors including how often you visit a branch, how much you keep in your savings and how often you use ATMs.

If you're considering finding a new home for your personal finances, here's a rundown of great national banks and some of the perks for counting on them for your spending and saving needs.

Chase has a network of more than 5,100 branches in 23 states. While the TPG team has plenty of info on how to maximize Chase Ultimate Rewards points from credit card use, the institution's basic banking products, including the recently launched Sapphire Banking checking account with a 60,000-point bonus for eligible customers, are worth celebrating, too. Customers seem to love Chase; the bank clocked in with a score of 854 on the most recent edition of J.D. Powers customer satisfaction survey, which is the highest score among all big nationwide banks.

In addition to speaking with actual human beings, the bank's approach to app design — which includes biometric-enabled login and a recently launched Chase Offers program — makes on-the-go banking easy. The bank is also making strides in giving account holders simple, low-cost opportunities to grow their money with You Invest, a new program lets individual account holders take control of their own investments.

All the banks on this list have the capital to invest in the latest and greatest tools, but Chase sets itself apart. Consider its first virtual-reality home tour service at a branch in Arizona or its voice authentication initiative to help protect your identity. And Chase is willing to give you plenty of extra perks for deepening your roots with it, too. If you close a mortgage with Chase and you have the Chase Sapphire Reserve in your wallet, you can earn 75,000 bonus Ultimate Rewards points — a $1,500 value that can help you take a vacation to forget about the next 30 years of payments you'll make on a traditional home loan.

Capital One's retail footprint is significantly smaller than its big-bank competitors'. You'll find most of its branches in just six states and Washington, D.C. Still, it deserves to be in the conversation because of its spot on top of Bankrate's list of best big banks in 2017. The bank appears to be the gold standard for a mobile experience. It came in the top spot for mobile banking app satisfaction in a recent J.D. Powers study.

Capital One is starting to pop up in more places, which is clearly good news for customers who want a physical location. Its Capital One Café experience is part of the bold "Banking Reimagined" claim. While the design of the locations is appealing (there are two locations in Chicago), I don't find it completely revolutionary. I prefer to drink coffee at non-banking locations.

The bank launched Capital One Labs, a program with facilities in New York and Washington, D.C., where the bank is working on next-generation solutions for customers. While the cafe experience might not seem that game-changing, the labs sound much cooler. And in addition to caring about the future of banking, Capital One cares about the future of the world. Check out TPG's Purpose Project — a partnership that underscores Capital One's commitment to making a positive impact.

With more than 4,500 branches and ATM locations in 37 states and Washington, D.C., BofA's massive retail network means that, wherever you travel, there's a decent chance you'll be able to find a location if you need to speak with a representative or withdraw cash. BofA clocked in just three points below the national average for satisfaction with a banking app in the J.D. Powers study.

BofA is aiming to open more than 500 branches over the next four years, which will improve access for customers and help the bank build a footprint in new portions of the country. More importantly, the bank is investing in making banking easier without any human interaction. Erica, the bank's AI-powered virtual assistant, seems poised to position BofA as a true leader in technology.

While all big banks are investing in artificial intelligence, Erica seems like the leader of the pack right now, and the numbers indicate that customers quite like her: 3.5 million users are already relying on her for banking assistance. BofA wants you to do more than talk to Erica about your checking and savings account, though. If you open the Bank of America® Premium Rewards® credit card and manage to qualify as one of the bank's Platinum Honors banking customers with more than $100,000 in assets in BofA and Merrill Lynch accounts, you'll enjoy a 75% earning bonus on your credit card. Plus, you can take advantage of a range of other Preferred Rewards benefits such as 0.50% interest rated deduction on an auto loan, a boost in earnings potential with a money market savings account and free non-BofA ATM transactions.

TPG readers know Citi quite well. From the Citi Premier® Card to the awesome 4th Night Free benefit on the Citi Prestige (soon to be capped at two uses per year, but nonetheless a great benefit), the bank is one of the biggest names in credit cards. The institution's network of US branches is much smaller than most of its competitors — approximately 700 — but if you're a globe-trotter, Citibank may be a great fit for your money management needs. The bank operates around 1,800 branches outside the US, along with an ATM network in more than 20 countries.

If you have the cash to earn the bank's elite Citigold status (a minimum of $200,000 in deposit, retirement and investment accounts), you'll qualify for a wide range of benefits including higher earning rates for ThankYou points, waived foreign exchange fees and free entrance to museums and cultural destinations. The most valuable perk, though, seems like access to the Citigold Concierge service, which operates like a dedicated travel agent and helps secure reservations at sought-after restaurants and hard-to-find tickets to events.

PNC's network covers 19 states and Washington, D.C., and more than eight million customers count on the bank for their personal finance needs. While PNC may lack some of the branding buzz of some of its big bank competition, it's made a name for itself as a friendly financial institution. For example, the bank's S is for Savings program helps children learn how to manage money with lessons from Sesame Street characters, which is pretty awesome if you want to give your child a head start on the points game.

PNC trailed Chase by just a few points in the customer satisfaction study. It's not surprising, either. PNC offers small perks like free out-of-network ATM withdrawals that eliminate some of the annoyance of banking fees. Unfortunately, PNC seems to lag behind in the mobile experience. It finished behind 11 points behind the industry average in the J.D. Powers study, and I'm not seeing much news that puts PNC on the same level of Chase or BoA in terms of technology.

While TPG doesn't currently have a valuation for PNC points, the bank does operate its own points system with the standard options to redeem on travel, merchandise and gift cards. So, if you open one of PNC's credit cards — many of which have no annual fee — there are some simple ways to earn up to a 75% bonus by using PNC's banking products and maintaining a minimum balance.

If you live on the East Coast, TD Bank may be a great fit. With more than 1,300 locations from Florida to Maine, the bank has a strong network and seems to be a hit with its customers. While TD wasn't included in the J.D. Powers national customer satisfaction rankings, the bank scored above the industry average in each of its operating regions. That performance may be powered by the bank's open-more-than-anyone approach. It boasts that its locations are open longer than its competitors', and it's open on a few banking holidays including Presidents Day, Columbus Day and Veterans Day.

If you're carrying a balance on your credit card, well, you're not doing yourself any favors. However, as you look for options to avoid paying too much interest as you get out of debt, TD Bank is a good place to look. For example, interest rates for the bank's TD Cash Credit Card start at 14.99%. The bank also offers a good behavior rewards system: If you open a savings account at TD and grow it by $50 each month, you'll qualify for higher savings rates.

What banks are we missing? Share your thoughts in the comments section below on why you're happy — or unhappy — with where you're stashing your cash.

Featured image by (Photo via Shutterstock)
Editorial disclaimer: Opinions expressed here are the author’s alone, not those of any bank, credit card issuer, airline or hotel chain, and have not been reviewed, approved or otherwise endorsed by any of these entities.