11 life-changing destination novels to read before your next trip 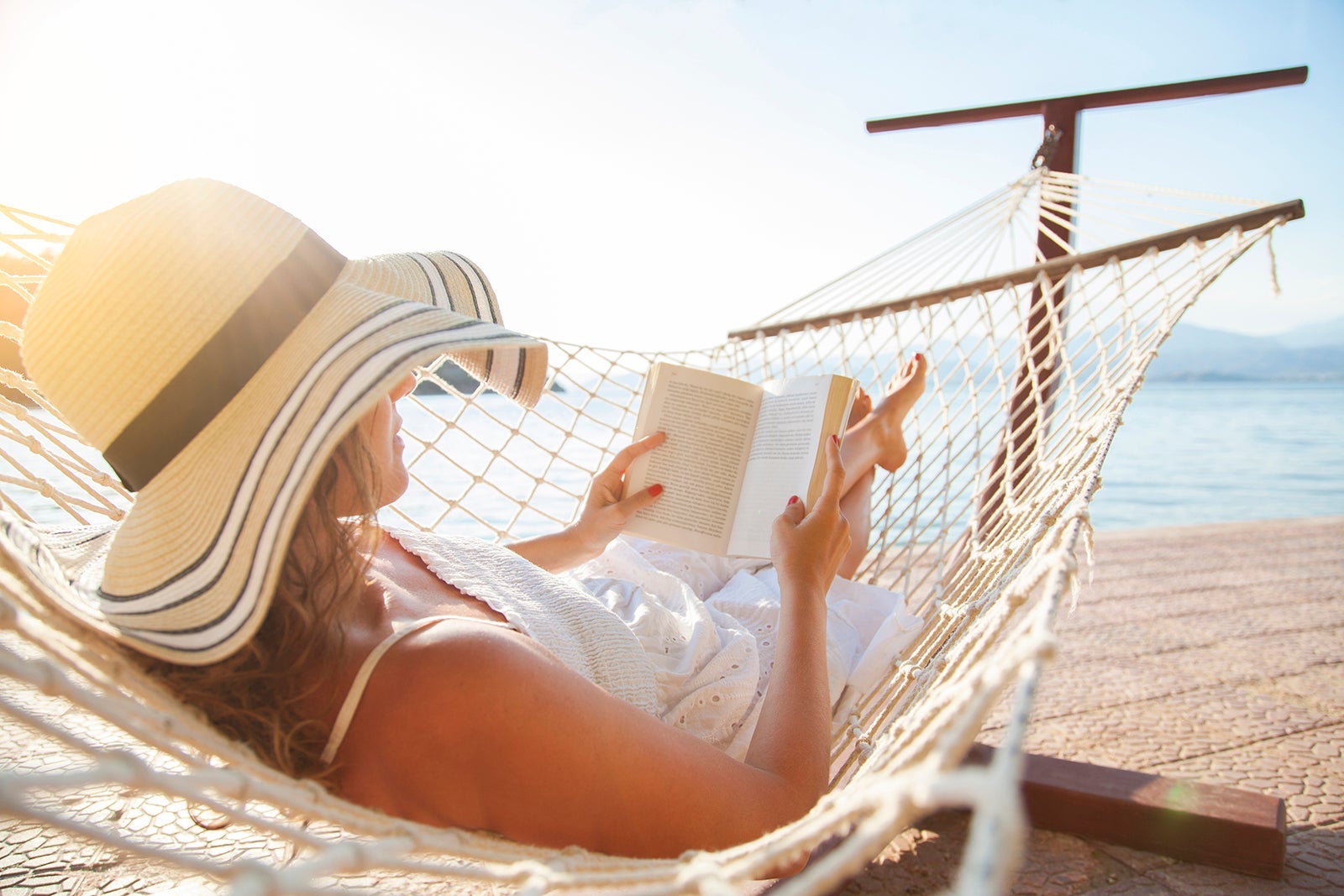 With travel off the cards again for most Americans, we'll have to make do with planning, dreaming and finding inspiration for our next adventures.

And one of the best ways to do that is to immerse yourself in a book. Before you visit somewhere new, reading about it will give you a deeper appreciation and insight into the beating heart of your destination for now.

A book will also give you something to turn back to -- to conjure up memories long after your trip ends. So here's a list of our favorite books and short stories you should tuck in your carry-on.

Visiting Vietnam for the first time can be exhilarating from a culinary and cultural perspective -- but it can also be eye-opening for those who not attuned to the story of the American presence in the Vietnam War.

Before heading to the War Remnants Museum in Ho Chi Minh City, prime yourself by reading "The Quiet American" by Graham Greene, which walks readers through a fictionalized account of the growing American involvement in Vietnam in the middle of the 20th century. The anti-war novel was one of Anthony Bourdain’s favorite books. “Drama, romance, tragic history in SE Asia? I'm there! I reread it frequently. Particularly when visiting Vietnam,” Bourdain once said.

Perhaps the most well-known novel by Japanese author Haruku Murakami, "Norwegian Wood" is an alluring coming-of-age story set in late-1960s Tokyo. It follows protagonist Toru Watanabe as he looks back at his college days in the city, memories triggered by hearing an orchestra perform the Beatles' song “Norwegian Wood.”

The nostalgic account of a young man's angst, loss and sexuality dances through the streets of Japan and is as pertinent today as it was 60 years ago. It gives readers a glimpse into what it’s like to be on the cusp of adulthood in Tokyo -- everything from dating etiquette and the pressure to perform to coping with aging parents.

Montreal and neighboring Quebec city are largely seen as a North American alternative to Paris — a quick flight north of the border and you’re basically strolling the Champs-Élysées. All the joie de vivre and je ne sais quoi that Francophiles flip for exists in the many exquisite restaurants and shopping streets, but there’s a side of the city that’s often overlooked. More than half of Quebec's homeless population lives in Montreal and the number of homeless citizens continues to rise every year.

Set in the underbelly of Quebec’s largest metropolis, "Lullabies for Little Criminals" follows 12-year-old Baby and her heroin-addicted father, Jules, as they attempt to make a life while moving to various places around Montreal before eventually living in the streets. After hobnobbing with junkies, pimps and other children, Baby is transformed from an innocent child to a hardened young adult seemingly overnight.

Heather O'Neill’s multi-award-winning novel sheds light on the reality of homelessness and serves as a gentle reminder that every city has an underside that tourists may not see.

"Life of Pi" follows Piscine Molitor (Pi) Patel, an Indian Tamil boy from Puducherry who explores the concepts of spirituality and metaphysics while lost at sea for 227 days, after a shipwreck left him stranded in the Pacific Ocean.

The novel recounts Pi's time at sea, as told by a middle-aged Pi, now married and living in Canada. The themes of religious allegory and existentialism that often crop up during spiritual journeys through India are explored in depth. Barack Obama once described the novel as “an elegant proof of God, and the power of storytelling” in a personal letter to author Yann Martel.

Although it has become synonymous with glamour and beauty thanks to Audrey Hepburn’s portrayal on the silver screen, think of "Breakfast at Tiffany’s" as a cultural analysis of New York City’s elite.

Published in 1958, it’s rumored that author Truman Capote based the character of Holly Golightly on several of his friends and acquaintances, including socialite Gloria Vanderbilt and Oona O'Neill Chaplin.

Capote’s New York City (circa the late-1950s) might not seem as if it would translate into modern-day New York, but its themes and motives ring more true than ever: a blazing desire for both personal and financial freedom and stability while navigating friendship and love.

Savannah, Georgia: 'Midnight in the Garden of Good and Evil'

Established in 1733 on the Savannah River, Savannah is the oldest city in the state of Georgia. The metropolitan area of Savannah has grown into a budding commercial hub, but Georgia’s third-largest city still retains much of its original town plan, including charming cobblestone streets and centuries-old buildings that draw millions of tourists each year. However, this Southern Gothic nonfiction novel by John Berendt paints a slightly different portrait of the Deep South.

"Midnight in the Garden of Good and Evil" follows eclectic characters living in Savannah, with particular emphasis on the murder of Danny Hansford, a local male prostitute, by antique dealer James Arthur Williams. Berendt’s bestselling true-crime story offers readers a glimpse into the hauntingly beautiful southern town and all the eccentricity that comes along with it.

Ernest Hemingway's account of Spain in the 1920s, which receives mixed reviews to this day, was based on his trip to the Mediterranean in 1925. This roman à clef follows the protagonist Jake Barnes and fictionalized friends of Hemingway as they travel from Paris to the Festival of San Fermín in Pamplona, Spain, navigating the intricacies of friendship, love and promiscuity that dominated the Lost Generation and the expat community in post-World War I Europe.

In "The Sun Also Rises," Hemingway draws stark contrasts between Paris, his home at the time, and Spain. He considered Spain his favorite European country and it’s said that his writing was significantly influenced by his profound love of the spectacle of bullfighting in Pamplona.

Visiting North Africa for the first time can be a spiritual experience — especially if you make your way to the Agafay or the Sahara Desert, where much of "The Alchemist" takes place.

Originally written in Portuguese, this allegorical novella follows Santiago, an Andalusian shepherd boy, as he attempts to fulfill his personal legend of finding treasure at the Egyptian pyramids. Santiago meets a handful of wise characters along the way as he navigates the Spanish countryside and the North African desert. From an old king named Melchizedek to a crystal merchant, every path he crosses plays a part in helping the starry-eyed boy fulfill his dreams while getting lost in the desert.

Most of us expect Paris to be about eating croissants, shopping on the Champs-Élysées and dancing in the rain, and in many cases that sums up a great trip to France’s capital. However, before France could become the cosmopolitan country of love, it was rampant with economic hardship, disease and an overwhelming sense of malaise at the time of the June Rebellion of 1832 against King Louis-Philippe.

Victor Hugo’s "Les Miserables" chronicles the mostly true story of life in early 19th-century France, following Jean Valjean, a local peasant who served nearly two decades in prison for having stolen a loaf of bread for his sister’s starving infant. Hugo paints a poignant, sometimes painful picture of the class struggle in France and how the country continued to fight for social justice and human rights — whether that means protesting labor laws or orchestrating a rebellion.

Like a trip to Dublin, "Dubliners" by James Joyce spins a whirlwind of yarns and personal tales, all held together by the repetition of the geographic details of Dublin, from road names and pubs to historic buildings.

First published in 1914, two years before the Easter Rising to end British rule in Ireland, each of the 15 short stories included in "Dubliners" highlights Irish nationalism -- from a middle-class college student trying to fit in with his elitist friends to a salesman trying to make sense of alcoholism and its relationship to the Catholic church -- these stories offer slices of life in Ireland that still very much ring true to this day.

Italy: 'Call Me By Your Name'

Written by American André Aciman, "Call Me by Your Name" follows the budding romance of the narrator, 17-year-old Elio Perlman and 24-year-old Oliver, an American doctoral student living with Elio’s family for six weeks.

With travel on hold for many, what better way to while away a few hours than settling down with a good book, a glass of wine and dreams of your next trip?