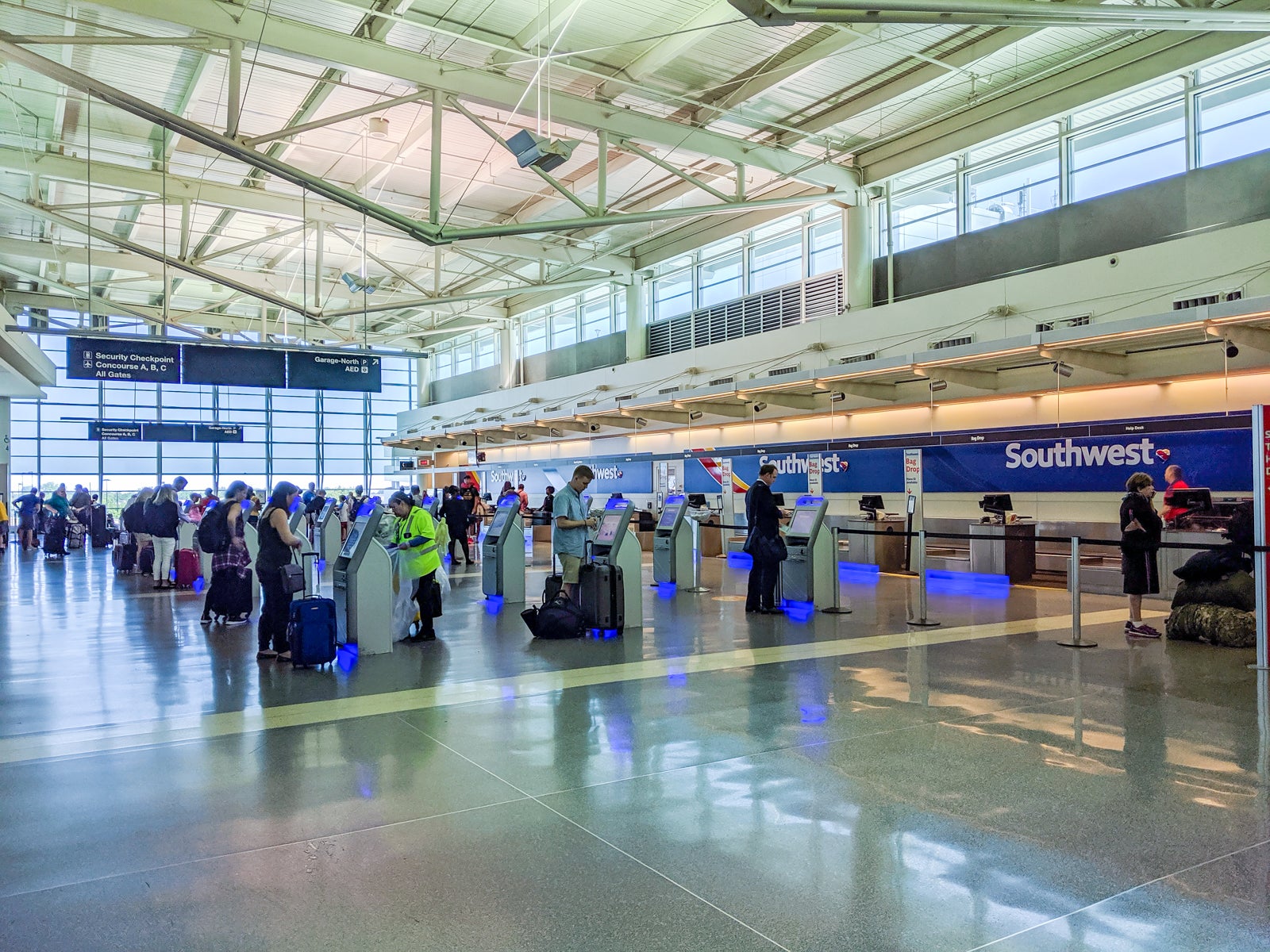 Sometimes on your travels, there just isn’t enough time to buy souvenirs for friends and family. Airports are your last chance before going home, but you don’t want to buy the usual T-shirt or fridge magnet.

Lucky for you, there are airports with shops that feature authentic local items. When you buy at these stores, no one will ever guess you bought the gifts right before you boarded your flight. I’ll outline some of my personal favorites below.

It only makes sense that Louisville International Airport (SDF), home airport of the Kentucky Derby, would have a branch of this store, located pre-security on the upper level. You can buy commemorative mint julep glasses, cuff links made from wood paddocks at Churchill Downs, collectors' buttons and pins and drink stirrers.

The worst has happened: You came to Baltimore and didn’t have one of our iconic crab cakes, made with the meat from Maryland blue crabs. But it’s not too late, because you can get some to go at Baltimore-Washington International Airport (BWI). Obrycki’s no longer has its famous restaurant in the city’s historic Fells Point neighborhood, but you can buy a six-pack of their crab cakes fried, blast-frozen, boxed with an ice pack and put into an insulated bag. Again, if you can’t get there, you can order your crab cakes online.

This amazing airline memorabilia store, located at Dallas/Fort Worth International Airport’s Terminal C near Gate C2, is an aviation geek’s dream. Not only does it carry tons of swag from American Airlines, American Eagle, Envoy and many of the former airlines under the American banner — Allegheny Air, America West, PSA, Reno Air, TWA and US Airways — but there’s also stuff from American’s Oneworld alliance partners.

There are the usual T-shirts, hats and coffee mugs, but you can also find luggage tags, cosmetics bags, jewelry, license-plate holders, airplane models and throw pillows. I’m not ashamed to say that I bought TWA drink coasters, a T-shirt and a fridge magnet the last time I was there. And if you can’t get to DFW, there’s an online store for airline swag.

You’ve seen airport stores purporting to sell local goods, but it's the same stuff wherever you go with a different city name on it. This local store, with an outlet at Portland International Airport’s Concourse C near Gate C8, is the real deal. It features goods from local artisans and businesses, including soy candles from Broken Top Candle Company, wines from Willamette Valley Vineyards, the state’s world-famous Pendleton blankets and Rogue Batsquatch craft beer. You can also shop online for your favorite Oregon goods.

Whenever I’m in Austin-Bergstrom International Airport, I make a beeline to Gate 21 in the main terminal past security to get my Texas barbecue fix. And while I’m eating, I make sure to order a brisket — with sauce, of course — to take home. For $70, they will wrap it up and put it in an insulated thermal bag that fits underneath an airline seat (although I put mine in the overhead bin).

Named after a 2001 film on San Francisco’s local surf scene, this store near the city’s botanical gardens specializes in unique, screen-printed T-shirts (long and short sleeves), tank tops and outerwear. The shop’s original T-shirt, an orange-and-black, zebra-striped number called Big Chaos By Day, was a huge hit. See samples of the most popular T-shirts in Terminal 3, near Gate 69.

The next time you're out of town and realize that you didn't buy any souvenirs, don't panic. You can pick up items in the terminal that are so unique and cool, no one would ever know — or believe — that you bought them at an airport.

Featured image by (Photo by Samantha Rosen / The Points Guy)