Second Cities: Destinations to Add onto a Trip to Barcelona

Articles
Lori Zaino is a writer for TPG and TPG UK covering travel, news, points and miles and more. She's been based in Madrid, Spain almost 15 years and is an expert in travel throughout destinations such as Europe, Southeast Asia and Africa.
Follow
Aug. 17, 2019
•
8 min read 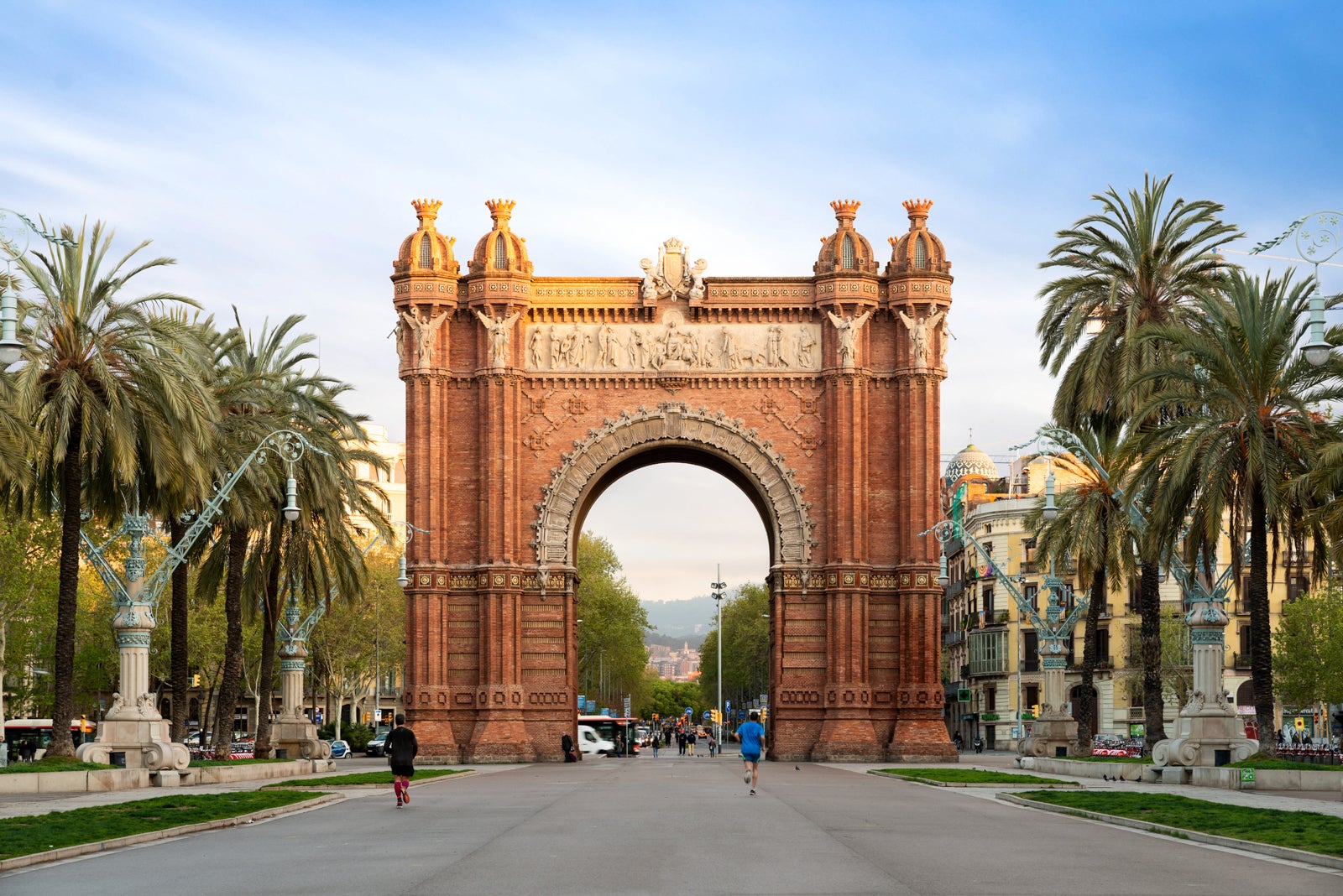 Welcome to TPG's series, Second Cities. The series is designed to help travelers find smaller or less-popular-but-equally-amazing places to visit that are no more than a few hours by air or land from your original destination so you can maximize your itinerary.

A trip to Barcelona, Spain, is on everyone's must-go list — and with good reason. Famous for its nearly finished Sagrada Familia cathedral and other Gaudí-designed landmarks like Park Güell, you can also easily end your day of tourism out on the city's lively Barceloneta Beach.

The downside is that Barcelona's city center can be overcrowded and full of tourists, so if you want to enjoy a more authentic escape, add another destination or two for a city break. And if you're heading to Madrid, check out the TPG recommendations for second cities to add on to a trip to Spain's capital.

Ibiza and Mallorca seem to get all the fame, but Menorca may be the most underrated island in the Balearics — and possibly the most beautiful. If you've ever been to Spain, Portugal or Italy in the summer, you know that tranquil beaches are very hard to come by. One of your best bets for serenity is Menorca, the first place in Spain to see the sunrise each day from its 137 miles of coastline.

Getting there: The flight from Barcelona to Menorca is under an hour. And with low-cost carriers like Vueling and Ryanair offering one-way flights as low as $23, you can leave your airline miles safely tucked away and pay for your ticket in cash.

Where to stay: Menorca is so small that it doesn't have many large brand hotels, except Melia. But, it does have a number of chic boutique properties. Casa Albertí is particularly quaint, housed in a former Masonic lodge with expansive views from its rooftop terrace. Head over to Hotels.com Venture using your Capital One Venture Rewards Credit Card, which will earn you 10X miles per dollar spent through Jan. 31, 2020, and book a spot.

What to see and do: Unlike its sister islands of Ibiza and Mallorca, you shouldn't come to Menorca to party. Instead, explore some of the island's long coastline, much of it sandy beaches. The water at most of the Menorca beaches is warm and shallow, making it an ideal spot for families with young children. Explore some of the many coves, like Cala Trebaluger or Cala Des Talaier. Or sun yourself on the long sweep of golden sands backed by grassy cliffs at Playa de Binigaus.

The most popular activity on Menorca is probably beachcombing, but the entire island is considered a UNESCO Biosphere Reserve. If you want to see why, head to the Albufera Natural Park, which has over 100 species of water birds flapping around its lagoons. While you're diving or snorkeling, you might spot hammerhead sharks in addition to many species of fish and coral at the Northern Marine Reserve.

The island is also dotted with over a thousand megalithic sites. The large stone structures, caves and structures were built by the Talaiotic people back in times BC. Menorca even has its own version of Stonehenge, the Torre d’en Galmés.

For epic views of the idyllic landscape, hike up El Toro, Menorca's largest mountain. Hikers should also plan to trek part of the Camí de Cavalls, a coastal path dating back to 1330 that takes you to almost every part of the island. The 114-mile route goes along cliffs, hidden beaches, grassy hills, monoliths, lighthouses, jagged rock formations and more, a perfect way to see all of what Menorca has to offer.

Besides having one of Europe's best city beaches, La Concha, San Sebastián has plenty of culture, art and history to keep you entertained. But the real call is cuisine — foodies should plan to eat their way through this northern Spanish city.

Getting there: The San Sebastián Airport (EAS) is about an hour-and-15-minute flight from Barcelona on airlines like Vueling or Iberia. Build it into your itinerary with Barcelona as a multicity if you plan to fly Oneworld.

Where to stay: The opulent Luxury Collection Hotel Maria Cristina dates back to 1912 and was frequented by aristocrats and royalty (60,000 Marriott Bonvoy points per night). Though now refurbished, the hotel retains much of its original regal charm.

What to see and do: If your pick is high-end dining, San Sebastián has the most Michelin stars per capita in the world — 16! But if you prefer something a little less fancy, the city is famous for its pintxos (what tapas are called in the Basque country). Originally small pieces of baguette piled high with food, with a stick (pintxo) "pinching" the food to the bread, the concept has evolved immensely over the years. From toppings as simple and no-frills as Iberian ham on bread to other curated, spiced-to-perfection combinations of foods and flavors, there are pintxos to fit every taste and budget.

Although La Concha is the most famous beach, head to Zurriola Beach, just a short walk from the Hotel Maria Cristina, for a younger, surf-style vibe.

For panoramic views of the city, sea and mountains, take the funicular up Monte Igueldo. If you're traveling with a family, stop and enjoy the Monte Igueldo Amusement Park at the top of the peak. History buffs might prefer to admire views from Monte Urgull, which features a 12th-century castle and fortress.

San Sebastián is also close to some other exciting destinations you may want to visit for a day trip. It's a 50-minute drive from Biarritz, France, and just over an hour from Bilbao, where you can explore the Guggenheim Museum, designed by Frank Gehry.

The name of this small principality may not ring a bell, but Andorra, just 180 square miles, sits at the foot of the Pyrenees mountains between France and Spain.

Getting there: You can reach Andorra by car from Barcelona in under three hours. The drive, which takes you through a few national parks and past towering mountains, is stunning — but consider asking your rental company to include chains during the winter months. For those concerned about the drive, a bus will get you there in just under four hours.

Where to stay: The Hotel Palome is ideal in winter or summer, with extra space to store cycling, ski and hiking gear — even a bike garage for you to clean or work on your bike pre- or post-ride.

What to see and do: Famous for its magnificent mountains, Andorra is best for skiing and snowboarding (you can even dogsled here) during a winter visit. Ski resort areas like Grandvalira and Vallnord offer some of the best powder in all of the Pyrenees.

If you aren't an avid skier, though, a visit in summer offers all sorts of interesting activities — especially if you like the outdoors. Andorra has three national parks: the Valle de Sorteny, with 700 species of flowers and plants; the Madriu-Perafita-Claror, a UNESCO World Heritage Site covering 10% of Andorra; and the Valles del Comapedrosa, home to the highest peak in the principality, Alt de Comapedrosa (almost 10,000 feet). Trekking and cycling are the most common ways to enjoy the parks' flora and fauna.

One of the most popular year-round activities is shopping, thanks to Andorra's very low tax rate of just 4.5% on most goods (and visitors from the US can get this refunded when leaving the EU if they complete the proper paperwork). Despite its tiny size, Andorra has over 2,000 shops and two shopping festivals each year with sales, discounts, contests, musical events and more.

Andorra takes spa visits to the next level at Caldea, one of the largest and most famous spas in Europe. Located over 18 floors in the tallest building in Andorra (and one of the most unique, with its mirrored, triangular architecture), the spa has separate sections for families and adults-only, both using thermal waters natural to the principality. Prices start at €37/$41 for a three-hour entrance to the spa's baths, pools, hydromassage showers, sauna and more.

Related stories
Save money with these travel-related offers on your credit cards this month
Use these shopping portal bonuses to earn extra miles this holiday season
Using miles and points to book airline tickets and hotels for others
Maui magnificence: A review of Kaanapali Alii, a Destination by Hyatt Residence
Featured image by Getty Images
Editorial disclaimer: Opinions expressed here are the author’s alone, not those of any bank, credit card issuer, airline or hotel chain, and have not been reviewed, approved or otherwise endorsed by any of these entities.