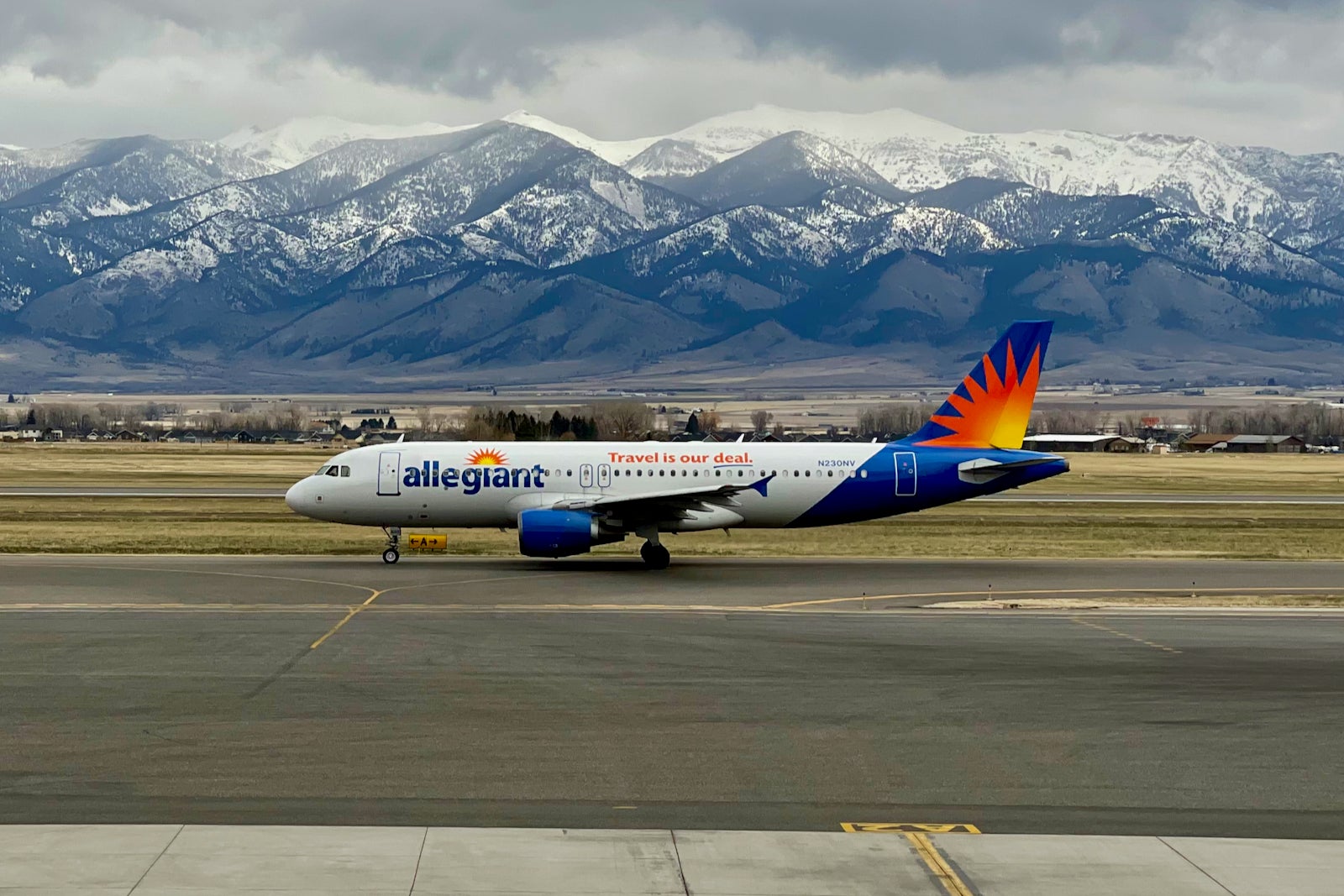 The Allegiant World Mastercard® can be a good fit for Allegiant loyalists looking to earn Allways points, the carrier’s rewards currency. Despite having an annual fee of only $59, most flyers will still find it difficult to justify the card in their travel wallet, as many of the card’s benefits are specific to Allegiant flights, and there’s no way to get outsized value for your rewards. Card Rating*: ⭐⭐

The information for the Allegiant World Mastercard has been collected independently by The Points Guy. The card details on this page have not been reviewed or provided by the card issuer.

Allegiant Air is an ultra-low cost airline with some interesting quirks. The airline only operates domestic flights to and from small and mid-sized airports in the continental U.S. All flights are nonstop, so there’s no option to connect through a hub airport. And not all Allegiant routes are operated daily, so the airline may not be a great option for all travelers.

However, for those who live near an airport served by Allegiant, you may want to utilize the airline’s loyalty program, Allways Rewards. And one way to do so is by opening (and using) the Allegiant World Mastercard for your purchases.

New cardholders can earn 15,000 bonus points (equivalent to $150 off a future Allegiant flight) after making $1,000 or more in purchases within the first 90 days of account opening.

Here’s a full review of the Allegiant World Mastercard to help you decide if it’s a fit for your wallet.

Who should get the Allegiant World Mastercard?

Flying Allegiant is not for everyone due to the airline’s limited service. As a result, only regular Allegiant flyers who frequent the carrier’s leisure-focused routes will find true value in the Allegiant World Mastercard.

The Allegiant World Mastercard currently offers new cardmembers a sign up bonus of 15,000 points after making $1,000 or more in purchases within the first 90 days of account opening. Since Allegiant points are worth a fixed 1 cent per point, the offer is equivalent to $150 off a future Allegiant flight.

This sign-up bonus is relatively meager compared to ones offered by other budget airline credit cards like the Free Spirit® Travel More World Elite Mastercard® and Frontier Airlines World Mastercard®. According to TPG’s valuations, their sign-up bonuses are worth $760 and $550, respectively. You should note that both cards have a higher annual fee of $79, but the first year is waived.

The information for the Frontier Mastercard and Free Spirit Travel More Mastercard has been collected independently by The Points Guy. The card details on this page have not been reviewed or provided by the card issuer.

Even with a low annual fee of $59, the Allegiant World Mastercard falls short of expectations in terms of card benefits and perks for Allegiant flyers:

While these perks can make traveling easier, there are some restrictions that apply.

In addition, your vacation package has to include at least four hotel nights or seven car rental days in order to utilize the two-for-one airfare perk. The primary cardholder must be a part of the vacation package, and all traveling companions must follow the same itinerary. You also must book the primary traveler and travel companion at the same time, as redemption isn’t possible at a later date.

Finally, while you will earn points from your vacation packages, you can’t use your points towards a two-for-one itinerary.

How to earn Allways points

With the Allegiant World Mastercard, you can earn points on purchases as follows:

Allways points do not expire as long as your card is active.

How to redeem Allways points

Allegiant points are worth a fixed value of 1 cent apiece, and there is no minimum for redemption. Points can only be redeemed on Allegiantair.com on flights and travel packages, but they can’t be used for hotel and rental car bookings that do not include a flight. Allways Rewards members can also redeem points toward taxes and fees.

If you cancel your plans, Allegiant will refund your points in the form of a voucher.

Related: How to change or cancel an Allegiant Air flight

Which cards compete with the Allegiant World Mastercard?

There are a few alternate options if you're considering the Allegiant World Mastercard. Part of it depends on what other airlines serve your hometown. You'll also want to consider if you'd be better off with a flexible travel rewards card instead of an airline-specific one.

If you are looking for a different budget airline credit card, there could potentially be more value with the Free Spirit® Travel More World Elite Mastercard®. It’s currently offering new cardholders 60,000 bonus points plus a $100 companion flight voucher after making at least $1,000 in purchases within the first 90 days of account opening. Since TPG values Spirit’s current sign-up bonus at $760, you’re getting significantly more value than you would with the Allegiant World Mastercard.

Both the Allegiant World Mastercard and the Spirit Travel More Mastercard offer similar benefits and restrictions. Like Allegiant Airlines, Spirit only allows its points to be redeemed on Spirit flights, but Spirit does operate in more locations, including international destinations such as Cancun (CUN). Both cards also give the primary cardmember priority boarding and waive foreign transaction fees.

Unfortunately, Spirit does not have a two-for-one airfare offer, but it does extend a $100 companion flight voucher to cardmembers who spent at least $5,000 in purchases within the prior card anniversary. The annual fee is $79 but is waived for the first year.

If you're looking for a travel card that's more flexible but still has a relatively low out-of-pocket cost, the Chase Sapphire Preferred Card can be a great fit. The Sapphire Preferred is currently offering a sign-up bonus of 60,000 points after you spend $4,000 on purchases in the first three months from account opening. According to TPG’s valuations, this sign-up bonus is worth $1,200.

The Sapphire Preferred does not offer airline-related perks, and you can’t book Allegiant flights through the Ultimate Rewards travel portal. That said, it does feature an annual $50 hotel credit for bookings made through Chase Travel and a 10% anniversary points bonus (based on the total purchases you made last year). It also featured an array of travel protections if things go wrong on your trip.

The Allegiant World Mastercard is not for everyone — but it's not supposed to be. That said, the complimentary priority boarding, free beverage and two-for-one airfare can still be worthwhile for the right flyer.

Chances are if you fly Allegiant or use the carrier’s vacation packages regularly, you’ll be able to get your money’s worth. But if you’re like the majority of travelers that don’t frequent Allegiant’s network, there are better cards for your travel wallet.