8 Things No One Tells You About Algeria 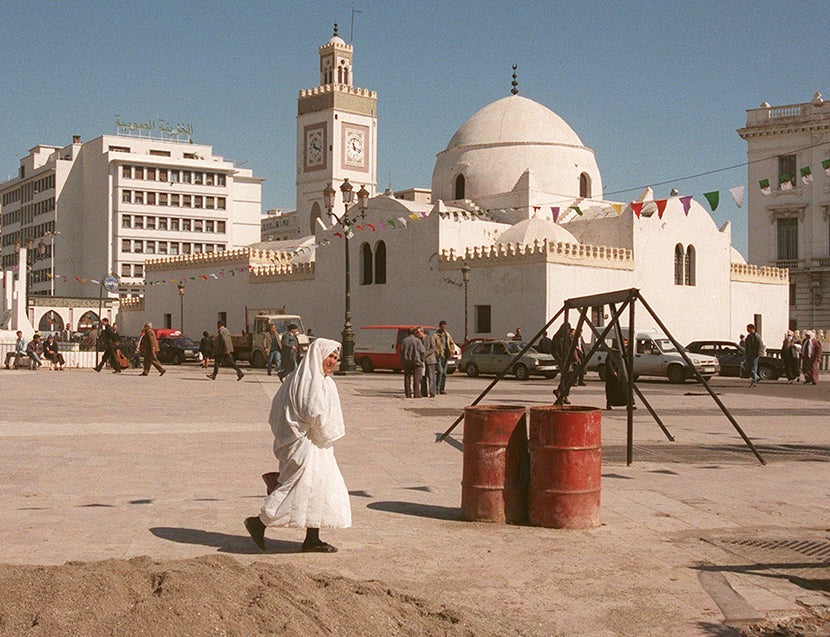 Algeria may not be at the top of most people’s bucket lists, but it has much to offer. There are miles of shimmering coastline, ancient Roman ruins and expansive desert landscapes, just to name a few attractions. Despite the visa requirement for Americans, travel in Algeria isn’t overly difficult and locals are welcoming. Here are 10 things nobody tells you about Algeria.

1. Algeria's One of the Largest Countries in the World

When I think about big countries in Africa, Algeria is not the first to come to mind. Yet Algeria is the biggest, some 14,000 square miles larger than the Democratic Republic of the Congo, Africa’s second largest country. It's also the 10th largest country in the world.

That means there’s a bunch to see and do, including seven UNESCO sites, camel rides, sand surfing, beaches and more.

Even though Algeria is large, much of the country is uninhabited. In fact, the majority of the population lives in about 12 percent of the country. Most of the rest is covered by the Sahara, which presents tourism opportunities even though it's not a good environment for sustaining life.

2. You Can Arrive in Algiers by Land or by Sea

Flying is the fastest way to get to the capital city of Algiers ("the islands" in Arabic), especially if you're connecting through Europe or the Middle East. If you want to use miles to travel to Algeria, consider a redemption on Emirates, Air Canada, Air France or Qatar Airways, just to name a few. Airlines flying into Houari Boumediene Airport (ALG) span all three major alliances. Air Algérie is a great and inexpensive option if you already find yourself in Europe or the Middle East and would rather save your miles.

The national carrier also flies one trans-Atlantic route, to Montreal, Canada — unfortunately it is not a member of any alliance, so you won't be able to transfer miles, but business-class fares we checked in January and February were exceptionally cheap at about $1,700 for a return ticket. The route is flown by Airbus A330 twinjets with flat beds in business, arranged 1-2-1.

An even more unique way of arriving in Algiers is via sea; there are regular ferries to Algiers from Marseilles, France, and Alicante, Spain. It’s also possible to take a ferry to other Algerian cities, including Oran, Annaba and Ghazaouet. Regular ferries run from Italy to Tunis, Tunisia, which is only one hour from Algeria (over land).

The fact that a visa is required for many travelers makes visiting Algeria a little more difficult but not impossible. Allied Passport and Visa makes applying for your visa straightforward and quick. I was expecting to be issued a single-entry visa, but my passport came back with a two-year, multiple-entry visa, making future visits a breeze.

Even though French doesn’t have official status in Algeria, you’ll hear more French than either of Algeria’s actual official languages, Berber and Arabic.

In the larger Algerian cities, you can easily communicate in French with most everyone you'll meet.

Italy may be home to the most Roman ruins on Earth, but Algeria shouldn't be overlooked. There are multiple sites, and you probably won’t even have to elbow other tourists out of the way.

About an hour outside Algiers, Tipaza has Algeria's most famous ruins, a combination of Phoenician, Roman and Byzantine. Tipaza was originally a Roman trading post until it was razed by the Vandals; around 530 AD, the Byzantines rebuilt the city. Getting to most of the other sites, including Timgrad, Sétif and Guelma, can take longer, but it's well worth it if you've got time to spare.

6. You Really Can Rock the Casbah

Fans of the Clash will jump at the opportunity to "Rock the Casbah." Sure, the '82 punk hit doesn’t have anything to do with the UNESCO-recognized Casbah (or the citadel) of Algiers, but you’ll be hard-pressed to keep it out of your head while you’re exploring the historic heart of the city. (The song's lyrics are about a fictional ruler's attempts to ban rock music, by the way.)

In the 1950s, the Casbah was the hideout for the National Liberation Army and the main stage for the Battle of Algiers; today, an estimated 40,000 to 70,000 people live there. Most of the Casbah hasn't been kept up well, and some parts are even collapsing, so it’s advisable to see the Casbah sooner rather than later.

Local hospitality, a combination of Arabic customs and French traditions, means you'll have no problem making friends with locals. While English isn’t widely spoken, you'll encounter people who know enough to have conversations of a sort — especially among the younger generations. Still, it's better if you know a little bit of French or hire a tour guide who can translate for you.

It can be a little tough to find an English-speaking tour guide in Algeria, but I recommend Every Time Travel. After a day of touring, our guide took us back to his home, where his wife had prepared scrumptious desserts for us. We spent the evening talking with his family and getting a feel for their daily life.

8. Muslim Algeria Is Home to a Beautiful Catholic Basilica

Notre Dame d'Afrique, which was completed in 1872 during French colonial rule, is somewhat unique: It has been a holy site for both Christian and Muslim Algerians as part of their pilgrimage to Our Lady of the Ravine. The basilica is inscribed with the words “Notre Dame d’Afrique priez pour nous et pour les Musulmans” meaning “Our Lady of Africa, pray for us and for the Muslims.” The basilica is seen as a symbol for religious tolerance.