10 Things No One Tells You About Rhode Island 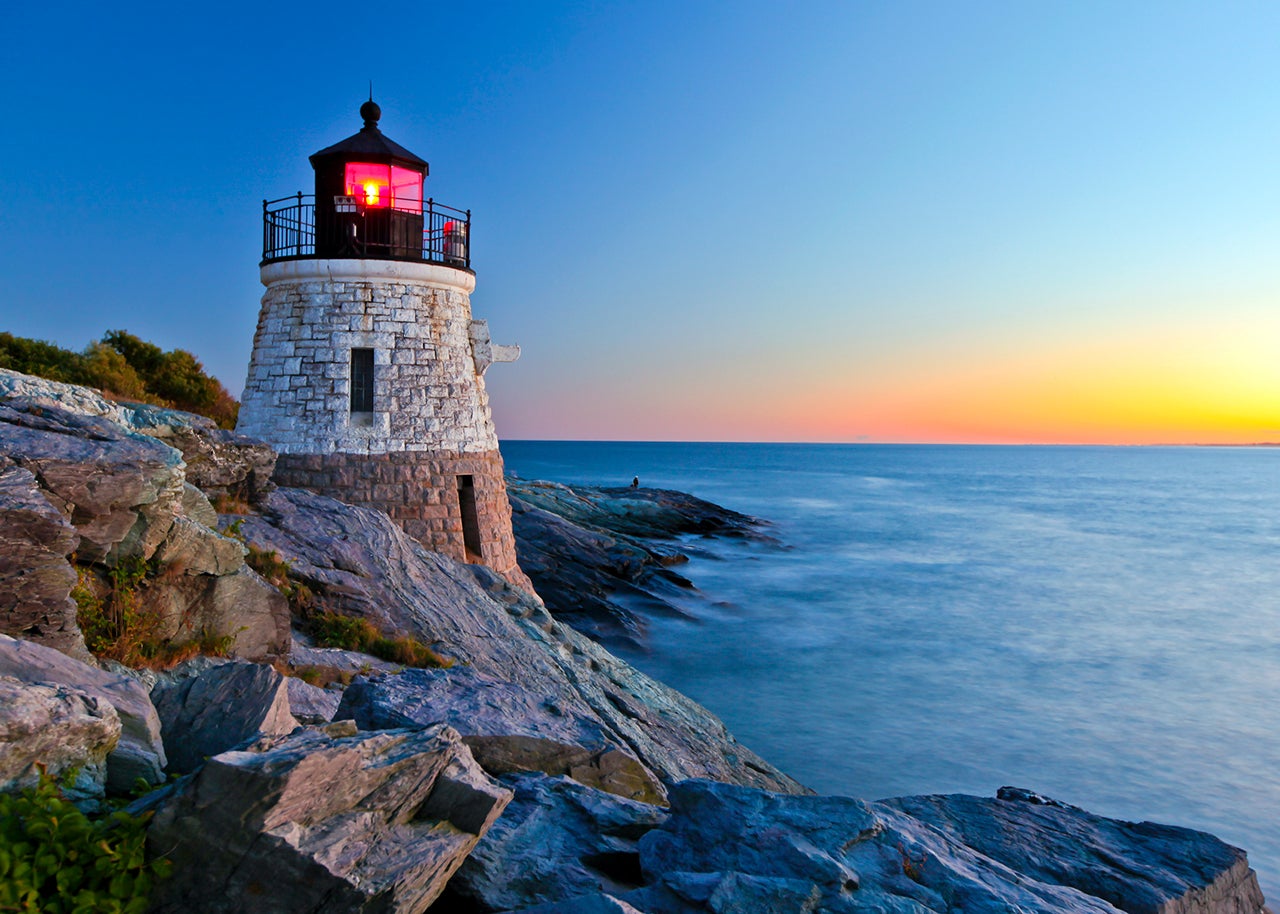 Long before the announcement of Norwegian Air's new international routes from T.F. Green airport (PVD) — and certainly before the arrival of fairweather resident Taylor Swift — America’s smallest state was doing a fine job of holding its own. As you plan your trip to the Ocean State, here are 10 things you'll want to know.

1. Touching Down and Getting Around

T.F. Green Airport, Rhode Island’s primary airport, may lead you to believe you’re touching down in the state’s capital of Providence. This would be an incorrect (but not unrealistic) assumption. The airport is actually located in Warwick, RI, about 20 minutes from the capital.

To head into the city, your best option for ground transportation is Uber, especially if you're in a hurry or want to get to your destination as directly as possible. Uber is widely available both in Providence and in Rhode Island's smaller cities and towns.

If you’re staying in Providence, or prefer public transit, the MBTA commuter rail will get you from PVD to Kennedy Plaza in downtown Providence. Staying outside Providence? GO Airport Shuttle offers shuttle or private car services to most destinations in Rhode Island.

3. Home of the American Industrial Revolution

Speaking of history, the country's first mill village can be found in Li'l Rhody, in Slatersville, a village that's now part of the town of North Smithfield. When British entrepreneur Samuel Slater planned to expand his textile mills to America, one of the first places he set his sights on was a large piece of land in northern Rhode Island (there's a size joke in there somewhere). Partnering with his brother John, Samuel began construction on Slatersville Mill in 1803. By 1807, Slatersville included the mill, two houses for workers, the mill owner's house and a company store. To expand his business, Slater hired recruiters to find families to work in, and move to, the Slatersville Mill village. A documentary film titled Slatersville: America's First Mill Village is due to debut in 2018.

4. Sail Away on the Block Island Ferry

Despite its moniker, Rhode Island is not an island — it's composed of many of them, and the best one is Block Island. Locals and tourists alike flock to Block Island, especially in the summer months, to enjoy its beachfront restaurants, watch its wildlife, and relax at its laid-back watering holes.

To get to Block Island, take the ferry; you can catch it at Point Judith in Narragansett or from Newport. Once you’ve arrived, rent a bike or moped to cruise around the island; they make for easier parking and access to the island’s shoreline sights like the North Light and Southeast Light lighthouses (the former is, surprise, on the northern tip of the island, while the latter's on top of Mohegan Bluffs). Once you’ve pedaled to your heart’s content, find a place to enjoy the local cuisine: The Oar, Mohegan Cafe & Brewery, Poor People's Pub, and Eli's Restaurant are all great options for enjoying locally sourced food and drinks.

5. Leading the Way in Wind Energy

6. Where Is Rhode Island, New York?

Speaking of Long Island .... Open up Google. Commence typing: "Is Rhode" ... and that's as far as you need to go before auto-complete chimes in with "a state?" And consider yourself lucky: You used to get "Is Rhode Island part of New York?"

Seriously, who is not familiar with this tiny but mighty state? Once and for all, Rhode Island is not a part of New York, nor is it to be confused with Long Island. Yes, they share a maritime border. Yes, you can ferry to Block Island from Montauk, Long Island. But no, they are not the same. Case closed.

Because of the state's history and proximity to the ocean, Rhode Islanders are fortunate to have a bevy of cuisine choices. To start, head to Providence's version of Little Italy, known as Federal Hill, for authentic Italian cuisine. On summer nights, you can dine al fresco in DePasquale Square, choosing between Costantino's Venda Bar & Ristorante and its neighboring cafe, Venda Ravioli.

For the freshest seafood, head to the docks of Galilee, RI. You can purchase lobsters directly off the boats then cook them yourself. Don't have a kitchen at your disposal? Make a reservation at Matunuck Oyster Bar in South Kingstown. This southern Rhode Island gem coined the phrase "pond to plate" by harvesting their shellfish directly from the pond in front of the restaurant.

If you're a beer drinker, you might be familiar with the state's Narragansett Beer brand. But I hate to break it to you, that's not the drink this state is known for.

That title belongs to Del's Frozen Lemonade. This slushy, lemony drink has been a Rhode Island staple since 1948. The brand may have expanded worldwide since then, but enjoying it like a local hasn't changed. Advice from a Del's fanatic: Don't use those silly spoon-straw contraptions they give you. Tip it back, let the slush slide down the cup, onto your face, and into your mouth. Mmmm ... tastes like summer.

9. The Other (Official) State Beverage

While Dunkin' Donuts would love to claim its title as runner-up in this contest, it's actually Autocrat that serves the best coffee ... milk. Coffee milk. That's right. Autocrat, a Rhode Island-based company since 1895, has given us Autocrat Coffee Syrup, a staple in Rhode Island households that's stirred into cold milk. When you see that yellow-and-red label, you know you're in the Ocean State.

And remember those 'Gansett beers I was telling you about? Well the genius folks at Autocrat and Narragansett teamed up to bring you the Coffee Milk Stout, a creamy, alcoholic match made in heaven.

History, cuisine, green energy. What more does Rhode Island have to offer? Art. In addition to the world-renowned Rhode Island School of Design, Providence is also home to the state's best summer activity: WaterFire. Each summer, the rivers of downtown Providence come to life with bonfires and art exhibits. WaterFire Providence is a nonprofit arts organization supported by donations, sponsors and hundreds of volunteers. Be sure to check out this "crown jewel of the Providence renaissance" the next time you're visiting the nation's smallest state.