Winter deal alert: Fly nonstop to Cancun for less than $200

Articles
Mike Avila is an Emmy Award-winning TV producer who has worked for NBC, CBS and ABC, to name just a few. He’s author of books such as the recent “Wolverine: Creating Marvel’s Legendary Mutant.” He also was executive producer of the SYFY Originals documentary, “Todd McFarlane: Like Hell I Won’t.”
October 10 2021
•
6 min read 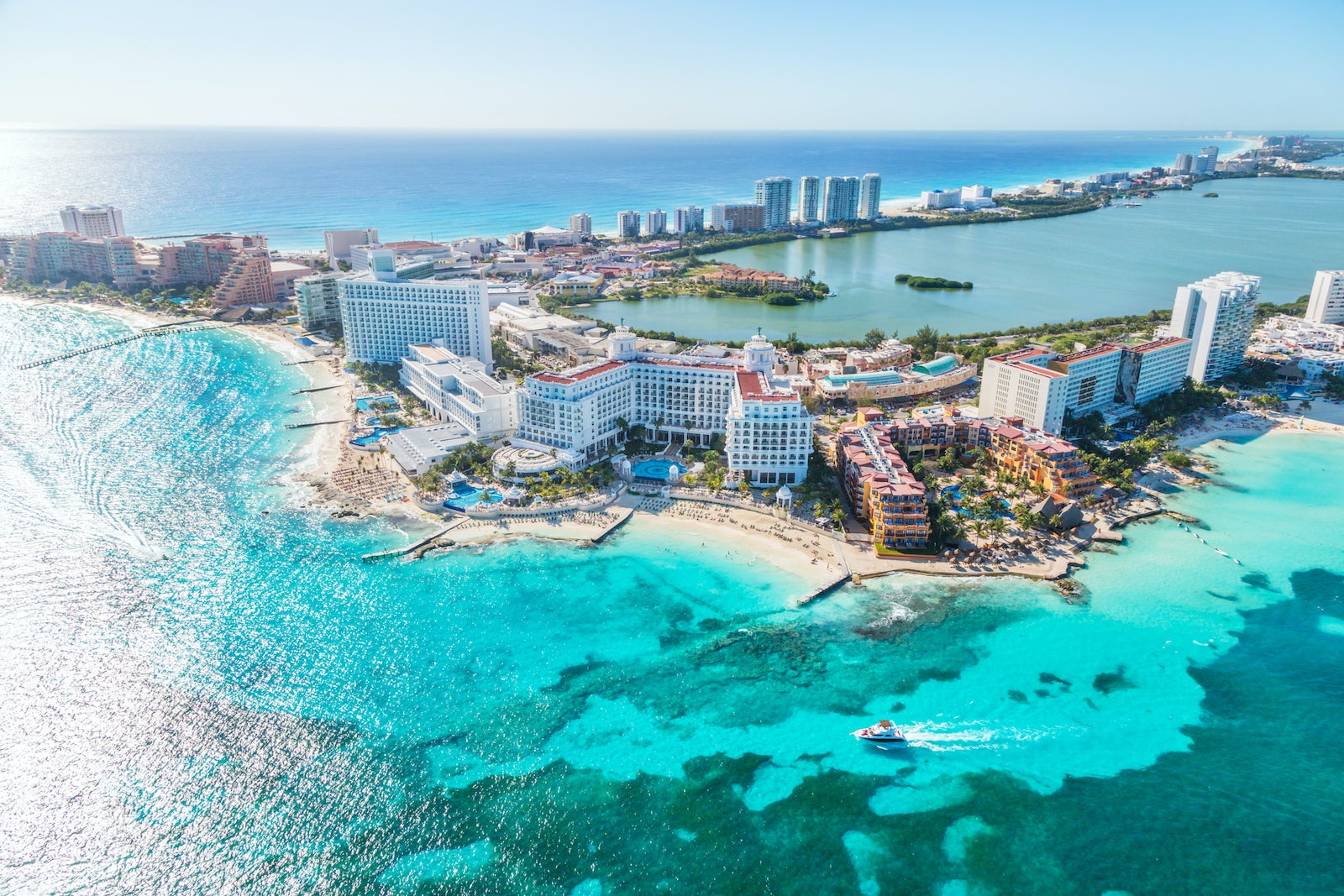 If you're a fan of the late, great Eddie Money and dream of two tickets to paradise during the winter, today's deal alert is just what you need.

Scott's Cheap Flights has found scores of flights to Cancun (CUN) at great prices. A number of these tickets are at least 50% cheaper than normal fares. We could wax poetic to try and convince you about why you should jump on these fares, but who are we kidding? It's Mexico during the winter at a greatly reduced price; it sells itself!

Situated on the northeast coast of the Yucatan Peninsula, Cancun is a longtime favorite for tourists thanks to its pristine beaches and bustling nightlife. It's a destination that's a good idea no matter what time of year it is, but as the mercury drops, it becomes an ideal place to go to rest and recharge. This sale, with some tickets as low as $160 roundtrip, will help.

Want more TPG news delivered every morning to your inbox? Sign up for our daily newsletter!

This deal features reduced fares that can be found for travel up to March 2022. Holidays are not included in the sale prices.

The fare sale includes itineraries from American, Delta, JetBlue & United. The latter two airlines' lowest offers do not include a full-size carry-on, so keep that in mind when deciding whether or not it's worth it to upgrade to the next tier. I've included a few such scenarios below.

Airline: Aeromexico, American Airlines, Delta, JetBlue and United.
Routes: ORD/DFW/JFK/EWR/PHL/TYS/ORL/LAX/IAH/DEN and others to CUN.
Cost: Lowest fares start at $79 round-trip for some routes.
Dates: November 2021-March 2022 (holidays excluded).
Pay with: The Platinum Card® from American Express for 5x on airfare booked directly with the airline or through American Express Travel (on up to $500,000 on these purchases per calendar year), the Citi Prestige® Card for 5x on airfare, the Citi Premier® Card or Chase Sapphire Reserve for 3x on air travel, the American Express® Gold Card for 3x on airfare when booked directly with the airline or through Amex Travel, or the Chase Sapphire Preferred Card for 2x on travel — which you could redeem for as little as 13,000 points.

Related: The 14 best places to eat and drink in Cancun

November and December seem to have the best remaining availability at these low prices. Some examples of the roundtrip fares we found include departures from the following cities:

Let's start with the lowest ticket price we found.

Dallas travelers can head south of the border for just $160 via American on a Basic Economy ticket, which comes with a free carry-on but no seat selection.

Because Dallas-Fort Worth Airport (DFW) is AA's largest hub, there is ample availability for flights at this great price, but hurry before they're all gone.

You can also score a $160 roundtrip ticket from Chicago (ORD) to Cancun in November. Note that this is a Main Cabin fare, which means a free carry-on and you get to pick your seat without having to pay a fee. Also, if you really wanted to splurge, you can upgrade your ticket to Business Class for $499.

The availability isn't as great as in Dallas or Chicago, but we found several flights departing from Philadelphia to the Yucatan in November and December for just $164! It's a Basic Economy ticket via American, so you get a free carry-on bag but no seat selection option.

If you live in Los Angeles and want to take advantage of this deal, don't dawdle. We see the best values literally disappear as we searched Google Flights for the best prices. You can find $245 roundtrip fares to Cancun in December on a mixed itinerary (United and Delta tickets). It's a Basic Economy ticket, which on United means you don't get free seat selection, no carry-on, and the first checked bag is $35. You can bump up to Economy for just $21, which lets you choose your seat and gets you a carry-on bag, gratis.

February also had nice options, including a nonstop ticket to Cancun from L.A. on Alaska Air for $243. That's less than half of what a roundtrip itinerary to Cancun usually costs. It's a Saver tier ticket, which means you're part of the last group to board the plane. Upside? You do get the free carry-on.

Travelers in the New York City area will be able to find a number of discounted flights to Mexico. This December itinerary from United is only $230 for a nonstop to Cancun from Newark-Liberty Airport. This is United's bare-bones Economy tier, so you don't get a carry-on bag. Your first checked bag is $70, so upgrading to Economy for $54 may be your best move. Doing so gives you the ability bring a carry-on onboard. So if you're adept at packing light, then consider doing that.

Related: 21 things you must do when you visit Cancun