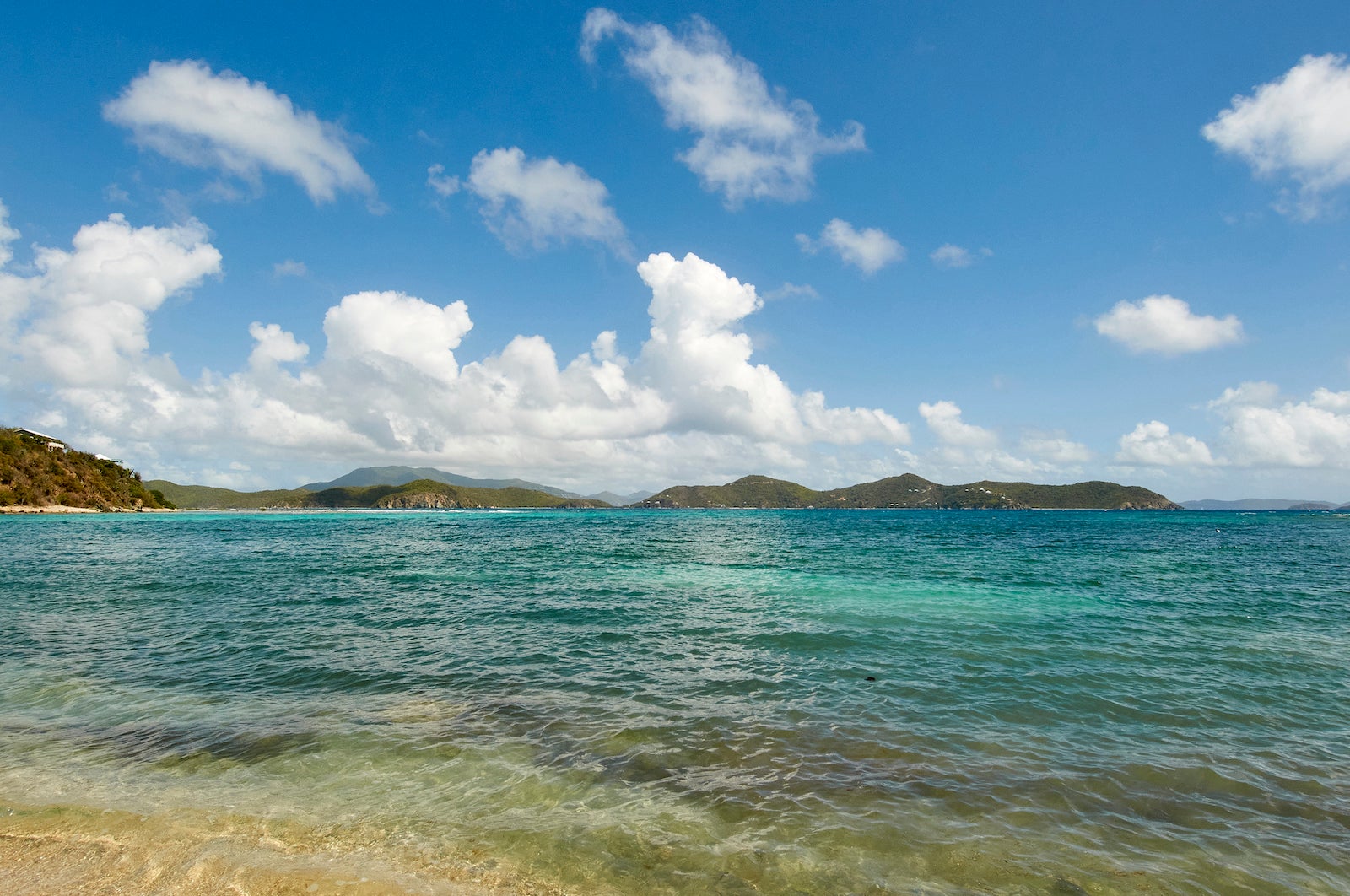 It’s not always easy to find great flight deals to the U.S. Virgin Islands, so when opportunities to visit St. Thomas, St. Croix or St. John at a good price arise, it’s a good idea to take advantage of them.

Travelers from a few U.S. cities — most notably New York — can now find round-trip flights to St. Thomas’ Cyril E. King Airport (STT) are going for as low as $224 late this year and early 2023.

You can also find some great Delta SkyMiles deals — as low as 13,000 miles round-trip — to the U.S. Virgin Islands available from South Florida and Los Angeles.

The U.S. Virgin Islands saw heavy rains from Hurricane Fiona but were spared the worst of the storm’s effects; the islands were able to quickly reopen ports and airports.

It’s an incredible place to visit, and you won’t even need a passport to enjoy the beaches, resorts and incredible sights. A favorite sightseeing expedition of mine during a 2017 visit was a boat ride from St. Thomas to the British Virgin Islands to see the Baths at Virgin Gorda (OK, you’ll need a passport for that last one).

Thanks to Scott’s Cheap Flights for being the first to point out the great deals to the U.S. Virgin Islands. The site offers premium memberships starting at $49 annually that flag economy deals, and $199 per year for premium economy and business-class alerts.

Whether you’re hoping to fly to St. Thomas and stay on the island or venture to other destinations nearby, these might be deals to consider. Look carefully to see what cities are involved and book quickly since these deals could disappear soon.

It could be a great way to get to a warm-weather destination this winter or get a head start on planning your spring 2023 vacation.

Airlines: American, Delta, United and JetBlue.
Routes: New York and Los Angeles to St. Thomas; Miami to St. Croix.
Travel Dates: Some October-November availability, with more availability between January and March 2023.
How to book: Directly with the airline or with Google Flights.
Book by: ASAP.

Related: A review of the Westin St. John Resort Villas

Round-trip flights between the East Coast and the U.S. Virgin Islands often cost more than $400. We took note of deals in the low $300-$330 range, while keeping an eye out for deals that came in well below that mark.

If you’re traveling from New York, you’ll be in the most luck. Starting in January, there’s fairly wide-open availability. Delta Air Lines will offer round-trip flights to St. Thomas starting at $224 or 13,000 SkyMiles, which is worth about $183, according to TPG’s points and miles valuations.

We also found deals from the West Coast. Flights from Los Angeles to St. Thomas are going for as low as $337 for a far longer trip.

If you’re looking to travel from Atlanta, you may be able to find flights at a decent price as well, though availability at the notable price point was not widespread by any means.

Looking first at New York flights, there’s pretty widespread availability at the $224 price point. If you’re loyal to American or United, you should be able to find round-trip flights for $20 to $40 more than that; it may be worth choosing this if you have status with one of those carriers or a cobranded credit card that gets you benefits.

You can also find the same itinerary for much of the first few months of 2023 at an impressive SkyMiles award rate. If you can set your travel dates up to get the best deal, visit the U.S. Virgin Islands for 13,000 SkyMiles.

If you're coming from South Florida, you can book a round trip from Miami to St. Croix aboard American Airlines for $310. Note that on the return trip you don’t depart until after 5 p.m., giving you virtually an entire day to enjoy the island before you have to head home.

From the West Coast, it’s certainly a longer haul, but considering all the islands have to offer, it can be a great vacation option nonetheless, particularly when the price is right. On this early February itinerary, you’ll depart Los Angeles International Airport (LAX) for an overnight flight to JFK aboard a Delta Air Lines Boeing 767; you'll have a two-plus-hour layover before embarking on the second leg to St. Thomas.

On the return trip, you’ll have an afternoon flight to New York before a late-night flight back to the West Coast.

While there isn't widespread availability from many U.S. cities at these rates, those who do have access should book soon if they want to grab this deal. Most flights leave from New York, Los Angeles and the Miami area. A midwinter trip to the Caribbean sounds great to us.

Related stories
Flying Blue finally fixes its award search, making it easier to book award tickets
Newark's gorgeous new terminal just got delayed into 2023
The best credit cards for paying your cellphone bill
Why you should consider having both the personal and business Amex Platinum cards
Featured image by EYEWOLF/MOMENT/GETTY IMAGES
Editorial disclaimer: Opinions expressed here are the author’s alone, not those of any bank, credit card issuer, airline or hotel chain, and have not been reviewed, approved or otherwise endorsed by any of these entities.