Articles
Meghna Maharishi is an associate editor at The Points Guy. Her work has previously appeared in CNN, CNBC, The Juggernaut and Documented.
Follow
Oct. 11, 2022
•
6 min read 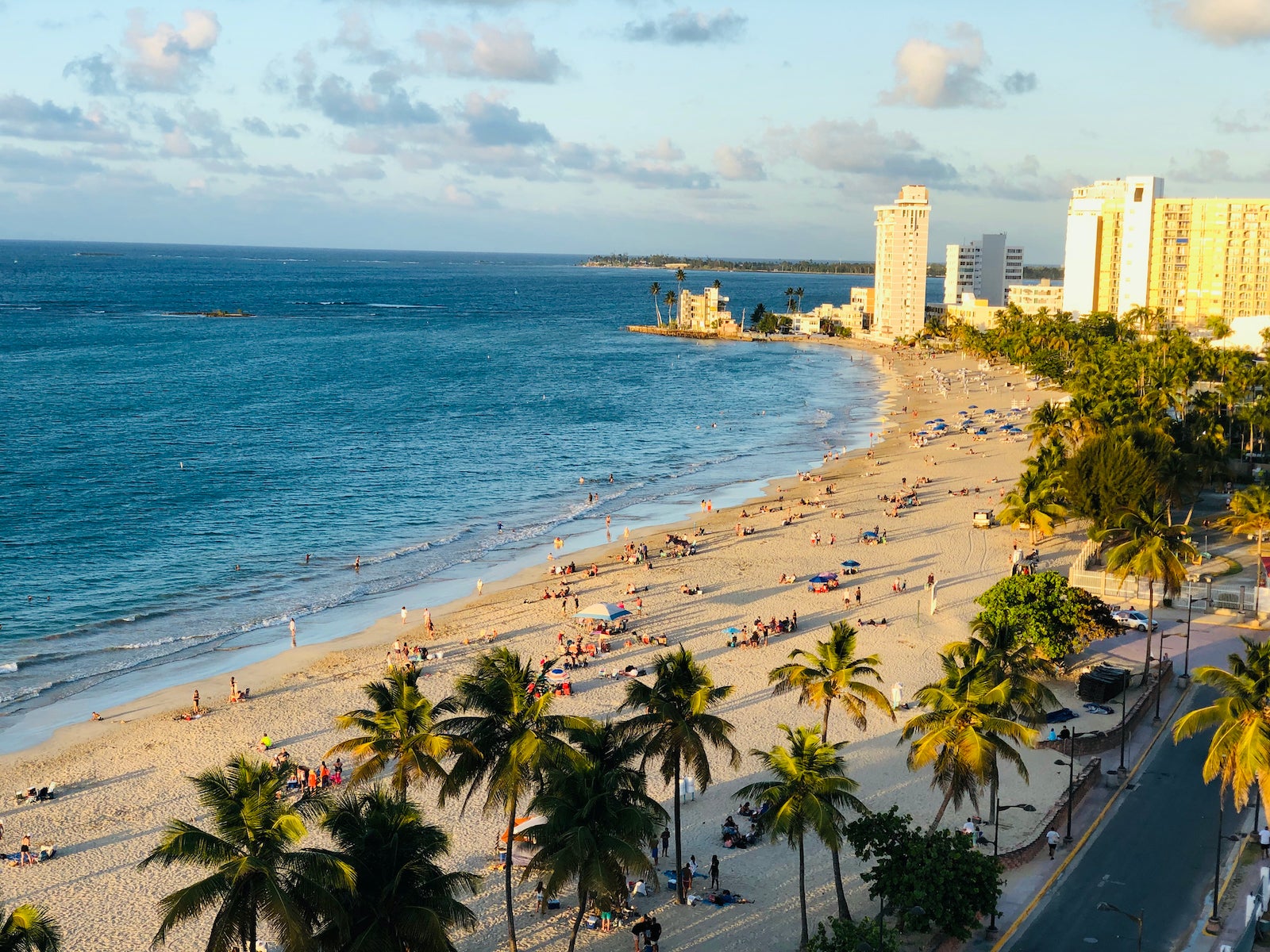 Puerto Rico, a melting pot of many cultures, has colorful seaside ports dotting its blue waters, plenty of museums and a lively nightlife scene. In the wake of Hurricane Fiona, Puerto Rico’s bustling tourism industry was largely spared.

As the U.S. territory seeks to welcome tourists back, you can travel to Puerto Rico from a range of U.S. cities for as low as $188. In particular, flights to the Puerto Rican cities of San Juan, Ponce and Aguadilla Pueblo are discounted.

These discounted tickets apply to flights generally taking place from October to April. Some routes are available on Thanksgiving, but all bargain routes are excluded from Christmas and New Year’s Eve travel.

Since Puerto Rico is still recovering from the effects of Hurricane Fiona, be sure to plan your trip in a sustainable and responsible way. While Puerto Rico is now fully open for tourism, check out this guide from the territory’s tourism website on sustainable travel in the region.

Airlines: American Airlines, Delta Air Lines, JetBlue, Southwest Airlines and United Airlines.
Routes: Atlanta; Baltimore; Boston; Chicago; Las Vegas; Los Angeles; Milwaukee; Newark; New York; Orlando; Portland, Oregon; Salt Lake City; San Francisco; Washington and others to San Juan, Aguadilla Pueblo and Ponce.
How to book: Use Google Flights to determine availability, then book your tickets directly with the airline of your choice.
Travel dates: Generally from October 2022 to April 2023, with certain routes available on Thanksgiving Day; Christmas and New Year’s Eve flights are excluded.
Book by: Within the next one to two days for flights to San Juan and Ponce; within the next two to three days for flights to Aguadilla Pueblo.

You can find these bargain fares for a variety of cities scattered across the U.S. There are discounted fares from major cities like New York and Los Angeles as well as from smaller ones such as Charlottesville, Virginia, and Asheville, North Carolina.

Here are a few standout flights:

When booking your flights, we suggest searching Google Flights to find the best possible dates. Then, book directly with the airline of your choice since it is more dependable if your flight faces a cancellation, delay or booking change.

For a Dec. 2 flight to San Juan from Newark, Google Flights displays a nonstop 7:59 p.m. United flight as the cheapest possible option.

While the $195 sticker price to San Juan is low, the only returning United flight that will keep the fare low leaves Luis Muñoz Marín International Airport (SJU) at 2:05 a.m., which may not be convenient. The late-night flight will have you touching down in Newark bright and early at 5:20 a.m.

The $195 round-trip ticket is low, according to Google Flights. The cheapest possible tickets to San Juan typically range from $355 to $1,100.

United offers multiple bundles you could add to your flight for more perks on board. A seat selection bundle costs an additional $37, and if you also want to add a checked bag, the price jumps to $66. The prices for United Club access differ for flights to and from San Juan.

If you don’t opt for any bundles, seat selection on the two flights can cost anywhere from $15 to $46. The Preferred and cheaper standard economy seats both have the same amount of legroom, the only difference is that United’s Preferred seats not only cost more but are also in the middle of the aircraft.

There is cheap flight availability from almost anywhere in the U.S. to three cities in Puerto Rico. You should plan your trip to Puerto Rico soon if you want to catch these cheap fares. However, when you visit Puerto Rico, be sure to plan a responsible and sustainable trip since the U.S. territory is still recovering from Hurricane Fiona.