Act fast: Book flights to Athens from multiple US cities for under $600

Articles
Meghna Maharishi is an associate editor at The Points Guy. Her work has previously appeared in CNN, CNBC, The Juggernaut and Documented.
Follow
Sept. 07, 2022
•
5 min read 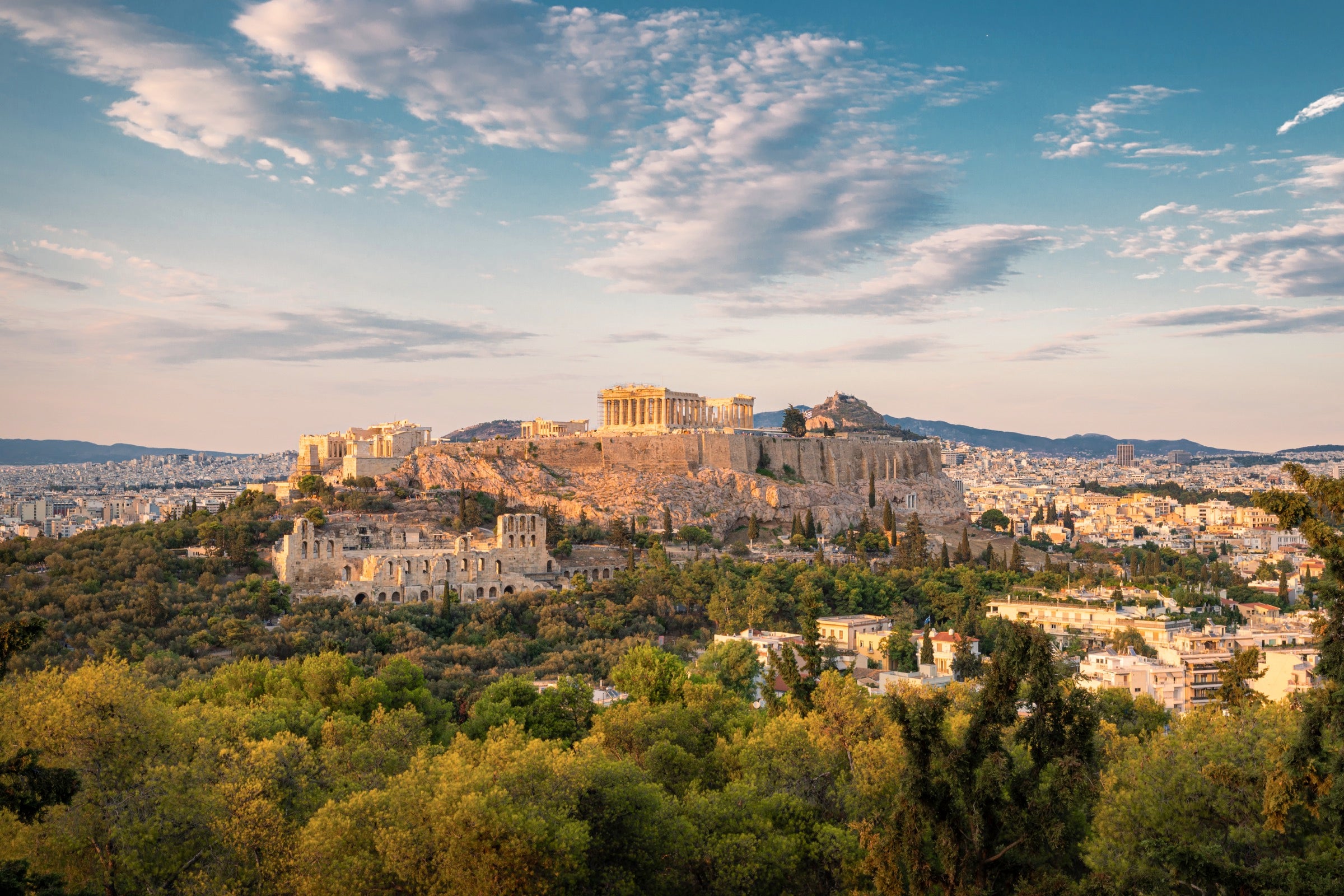 Immerse yourself in ancient history with this deal: Flights to Athens, Greece, are under $600 for the next couple of days.

Wander the city’s many museums to view artifacts from ancient Greece or walk through the ruins of the Acropolis — there's a lot to explore in the Greek capital. Now, you can do so at a discounted price.

This deal is available from approximately 18 U.S. cities and it only applies to economy fares. Discounts to Athens haven’t cropped up for the past seven months, so book your trip before this deal ends.

Thanks to Scott’s Cheap Flights for finding this deal. You can sign up for the site’s Premium membership, which costs $49 a year, offers discounts of up to 90% and includes a 14-day free trial. Upgrade to Elite membership for $199 a year to receive Premium deals and premium economy, business-class and first-class deals.

This deal has many options, particularly in California — you can fly from six different cities in the state. Of the 18 cities included in this deal, we found that Washington had the cheapest fares. Every flight in this deal also includes a layover. Here are a few standout flights:

To book a flight, determine your best availability through Google Flights and then book directly with the airline. Airlines are more reliable if your flight faces a delay, cancellation or booking change.

Prices on Google Flights may also differ slightly from those of airlines because of third-party booking options.

For example, the cost of a round-trip flight from Los Angeles to Athens is $550 on Google Flights but is $560 when booking with an airline. Regardless of the price difference, the fare is still significantly low, as flights to Athens can cost anywhere from $590 to $1,150, according to Google Flights.

Google Flights shows nearly 20 different booking options for a flight from Los Angeles to Athens, including the option to book directly with Swiss, United or Lufthansa — but keep in mind that Swiss operates the flight.

If you book with United or Lufthansa, you cannot pay extra to select a seat for any of the flights to and from Athens — your seat will be selected for you.

We recommend booking directly with Swiss if you’d like to choose a seat or pay for any other additional perks on the flight. Swiss' seat selection prices range from $40 to $125 for all four round-trip flights (there is a layover in Zurich).

For Swiss’ Economy Light option, you can bring one free carry-on but will need to pay an additional $75 for the first checked bag and another $90 for the second bag. On your return flight, Swiss offers dining options from Zurich to Los Angeles.

There is also the option to tack on an additional carbon-neutral fee. The fees go toward a nonprofit climate change organization and sustainable aviation fuel.

Given the many cities and airlines offering discounted fares to Athens, this deal is definitely worth it. Otherwise, round-trip economy fares to Athens can be upward of $850.

And act fast with this deal — discounted fares like this to Greece don’t come often, so it’s sure not to last.