Caribbean deal alert: Fly to Puerto Rico and US Virgin Islands from $239 round trip

Articles
Mike Avila is an Emmy Award-winning TV producer who has worked for NBC, CBS and ABC, to name just a few. He’s author of books such as the recent “Wolverine: Creating Marvel’s Legendary Mutant.” He also was executive producer of the SYFY Originals documentary, “Todd McFarlane: Like Hell I Won’t.”
May 13, 2022
•
6 min read 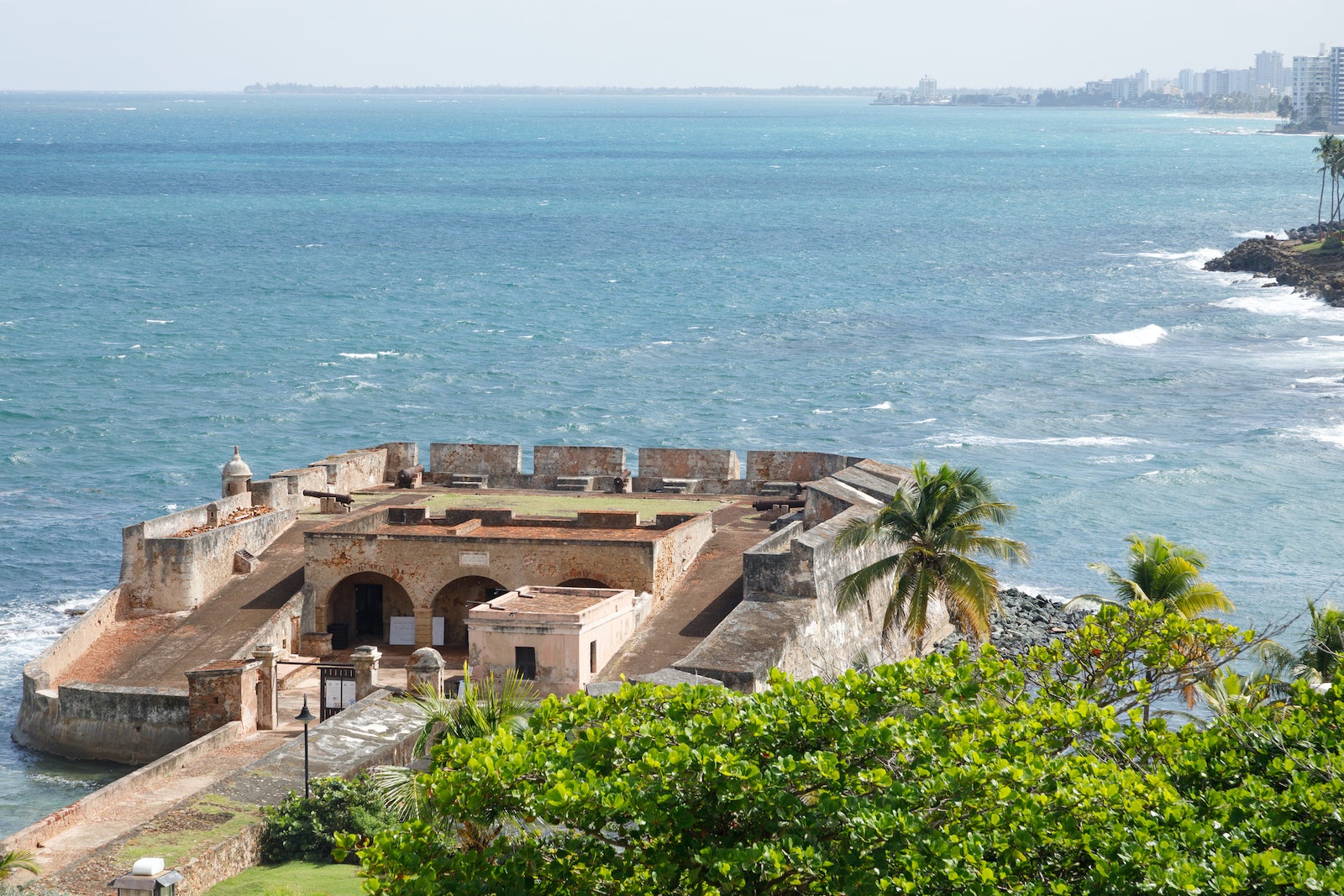 There's a killer fare sale happening right now on flights to Caribbean islands that don't require passports (and yes, I did use "killer" as an adjective because I'm a child of the '80s). So if you've been dreaming of blue skies, white sand beaches and drinks with colorful umbrellas, now's the time to book your trip.

American Airlines, Delta Air Lines and United Airlines have marked down fares to evergreen tropical destinations such as the U.S. Virgin Islands — particularly St. Croix and St. Thomas — and San Juan, Puerto Rico. We came across some absolutely epic savings as we searched for itineraries.

The best deals are for fall travel between September and November. However, there are also some sweet bargains on early 2023 winter travel. Remember that basic economy fares with JetBlue and United don't include full-size carry-on bags. It costs between $50 and $80 round trip to upgrade for more overhead bin space. Checked luggage costs around $30 to $35 each way.

A tip of the travel cap to Scott’s Cheap Flights for alerting travelers of this new deal. Its Premium membership is available for $49 per year. The Elite tier option is available for $199 per year, and it offers access to deals on premium economy, business-class and first-class tickets.

You know what we always say: The more flexible you can be with your travel plans, the better price you'll find.

A nonstop from Hartsfield-Jackson Atlanta International Airport (ATL) to San Juan in January is only $268 on Delta, and this basic economy ticket also comes with a free carry-on.

Here's a fantastic fare we found from Chicago's O'Hare International Airport (ORD) to San Juan in late October for only $239 round trip on Delta.

Chicago to St. Croix's Henry E. Rohlsen Airport (STX) in late January certainly sounds nice, doesn't it? You can book that itinerary on American for just $357 round trip.

Here's an excellent end-of-summer deal for Arizona travelers. You can fly from Tucson International Airport (TUS) to Cyril E. King Airport (STT) on St. Thomas for just $291 round trip through Delta. That's an excellent price for this fare. Please note that the outbound flight includes two stops.

If you live in the New York City area, you have plenty of bargain tickets to choose from. JetBlue has Blue Basic fares from JFK to St. Thomas in August for only $274 round trip. That includes a nonstop outbound flight. Carry-on bags are not included, though, so you should consider upgrading a tier for $50, which is cheaper than checking a bag.

Nonstop flights from New York City to San Juan in August cost only $276 on JetBlue — a substantial markdown from normal prices. Remember, the Blue Basic fares don't come with a free full-size carry-on, so plan accordingly.

If you live in Music City, here's a nice deal for you: You can fly from Nashville International Airport (BNA) to San Juan in January for only $235 round trip on American. We found plenty of availability at this great price in early 2023.

Related: Cleared for takeoff: A trip to Puerto Rico for a family of four