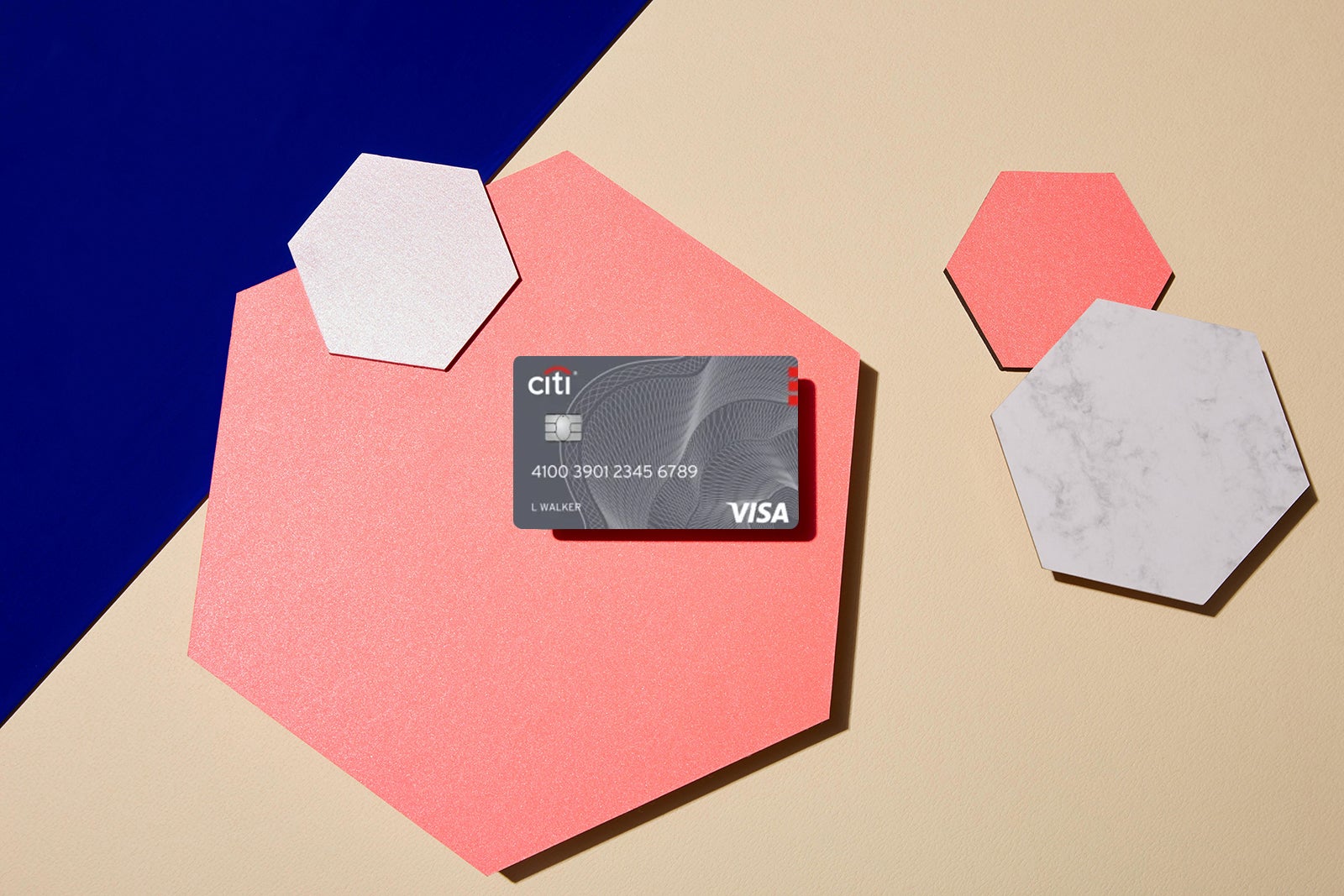 Editor’s note: This post has been updated with new information. Citi is a TPG advertising partner.

The Costco Anywhere Visa® Card by Citi is one of the best store credit cards on the market. If you already have a Costco membership, this card is a solid way to earn rewards across a wide range of purchases, including eligible gas, restaurants, eligible travel and at Costco — both in-store and online. Card Rating*: ⭐⭐⭐

While plenty of cards earn transferable currencies offering rewards on groceries, wholesale clubs such as Costco are almost always left out of the rewards category.

While you typically won't find the best value from most store credit cards — as they rarely have a great rewards structure or benefits — the Costco Anywhere Visa is an exception. With a solid rewards structure that covers more than just Costco purchases, it’s a viable option if you regularly shop at Costco.

The primary target market for this card is obviously those who frequently shop at Costco. Still, you don’t have to be a total fanatic who only shops at Costco to enjoy the benefits of the Costco Anywhere Visa. As long as you shop at Costco enough to justify the annual cost of a membership, this card is worth at least considering.

Unlike some store credit cards, you’re earning rewards across more than just Costco purchases — the highest bonus category on the card is actually eligible gas stations. The cash back you earn with this card can be used on more than just Costco expenses. Factor in the long-term savings potential of Costco Travel, and this card turns out to be quite valuable for families and beginner travelers who aren’t looking to add multiple points and miles cards to their wallets.

Do keep in mind that you need a Costco membership to apply for the card. If you already have one or are planning on getting one, this card is essentially a no-annual fee card. If you don’t shop at Costco enough to make a yearly membership worth it, you should look at other card options.

Related: Is the Costco Anywhere Visa worth it?

Sadly, the Costco Anywhere Visa doesn’t currently offer a sign-up bonus. But it does offer long-term benefits that still make the card worth it for many, especially since it charges no annual fee for those who already have a Costco membership.

Related: The best limited-time offers and promotions for credit cards

Aside from the perks you get from being a Costco member, the Costco Anywhere Visa offers purchase protection, which will cover repairs or a refund if eligible purchases made with your card are damaged or stolen within 120 days of purchase (90 days for New York residents).

How to earn rewards

The earning structure is where this card really stands out. You’ll earn 4% cash back on eligible gas , and EV charging purchases (on up to $7,000 per year; then 1%), 3% back at restaurants and on eligible travel purchases, 2% back on in-store and online Costco purchases and 1% on everything else.

Costco offers two levels of consumer membership — Gold Star ($60) and Gold Star Executive ($120). If you shop at Costco frequently throughout the year, combining this card with an Executive membership will earn even more in rewards. Executive members earn 2% back on the first $50,000 spent each year at Costco (up to $1,000 in additional rewards), Costco.com, and Costco Travel. Those rewards are stackable with the Costco Anywhere Visa. That means you can earn up to 5% on Costco Travel and 4% on other Costco in-store and online purchases (though the 2% Executive earning does not apply to Costco gas purchases).

How to redeem rewards

Costco cash back is redeemed once per year in the form of a reward certificate. You’ll receive your reward after your February billing statement closes. Once you have the reward certificate, you can redeem it for merchandise or cash at a Costco location. Depending on the award amount and which Costco you redeem at, you might receive your redeemed cash back in the form of a check or electronic transfer instead.

This redemption method is a bit more restrictive than your typical cash-back card, but it’s rare for a store card to offer rewards that can be used on anything besides merchandise. While it can be inconvenient to have to wait for an entire year to get your cash-back rewards, you are able to redeem them for cash that can be used on anything you want.

Points and miles gurus typically prefer to book travel directly with hotels and car rental companies rather than using a portal. But Costco Travel does have a portal that can offer significant savings if you are more interested in finding lower prices than earning elite credits.

You can often find discounted prices on hotels, rental cars, cruises, theme park tickets and more through Costco. When looking at hotels and rental cars, it’s a bit more hit-or-miss as to whether you’ll get the absolute best price. But more times than not, cruise packages will be at least slightly cheaper through Costco, and you’ll typically get a rebate in the form of a Costco Cash Card (on top of any rewards you’ll earn with your card and/or membership by using Costco Travel).

One of the more surprising ways to save with Costco Travel is on Disney and Universal Studios vacations. You can find great savings on park tickets, hotel rooms and even vacation packages with flights included. The Costco Travel Portal could come in handy going into the end of 2021 and the beginning of 2022 as travel picks back up.

Related: Can Costco Travel save you money on your next trip?

Alternatives to the Costco Anywhere Visa

Even though you’re earning a solid return across multiple categories with the Costco Anywhere Visa, that doesn’t make it the right card for everyone. If you aren’t shopping at Costco regularly, or if you are looking for a card that earns rewards you can use throughout the year, you may want to look at other credit card options.

If you’re looking for one of the best cash back cards that earns on gas in the U.S. and groceries at U.S. supermarkets, the Blue Cash Preferred® Card from American Express is another excellent option. You’ll earn 6% back at U.S. supermarkets (on up to $6,000 spent per calendar year; then 1%) and on select U.S. streaming services (including Disney+), and 3% on transit and on gas at U.S. gas stations with a $0 intro annual fee for first year, then $95 (see rates and fees). Cash back is received in the form of reward dollars that can be redeemed for statement credits.

Many cards have added additional earning opportunities for grocery store purchases for those who also spend outside of popular categories, such as travel and dining. For example, Amex added a supermarkets category to a number of its cobranded travel cards and Chase added a grocery bonus category to many of its cards. While Costco specifically won’t earn bonus rewards with either the Amex or Chase cards, these are potential alternatives if you aren’t loyal to Costco.

Whether you are just looking for a card to maximize your Costco spending or want an everyday card to use on various Costco and non-store purchases, the Costco Anywhere Visa is a solid option for you — especially if you already have an Executive Membership. While the redemption restrictions can be frustrating, you can always use the yearly cash-back check as an unofficial travel fund for the expenses that points and miles can’t cover.

For rates and fees of the Blue Cash Preferred, please click here.

Related stories
Chasing American Airlines elite status? Here are 14 ways to earn Loyalty Points
Fly to Greece from multiple US cities for less than $700
American Airlines restores free 24-hour hold option
Holiday airfare is rising: What to know if you haven’t booked yet
Featured image by (Photo by John Gribben for The Points Guy)
Editorial disclaimer: Opinions expressed here are the author’s alone, not those of any bank, credit card issuer, airline or hotel chain, and have not been reviewed, approved or otherwise endorsed by any of these entities.

While most store credit cards fail to provide savings for everyday purchases, the Costco Anywhere Visa Card by Citi provides immense value for those who shop for groceries and household products at this popular warehouse store. You’ll not only earn cash back on Costco purchases, but at gas stations and restaurants. In sum, this is a great complementary tool for those who already pay for the annual Costco membership.

While most store credit cards fail to provide savings for everyday purchases, the Costco Anywhere Visa Card by Citi provides immense value for those who shop for groceries and household products at this popular warehouse store. You’ll not only earn cash back on Costco purchases, but at gas stations and restaurants. In sum, this is a great complementary tool for those who already pay for the annual Costco membership.