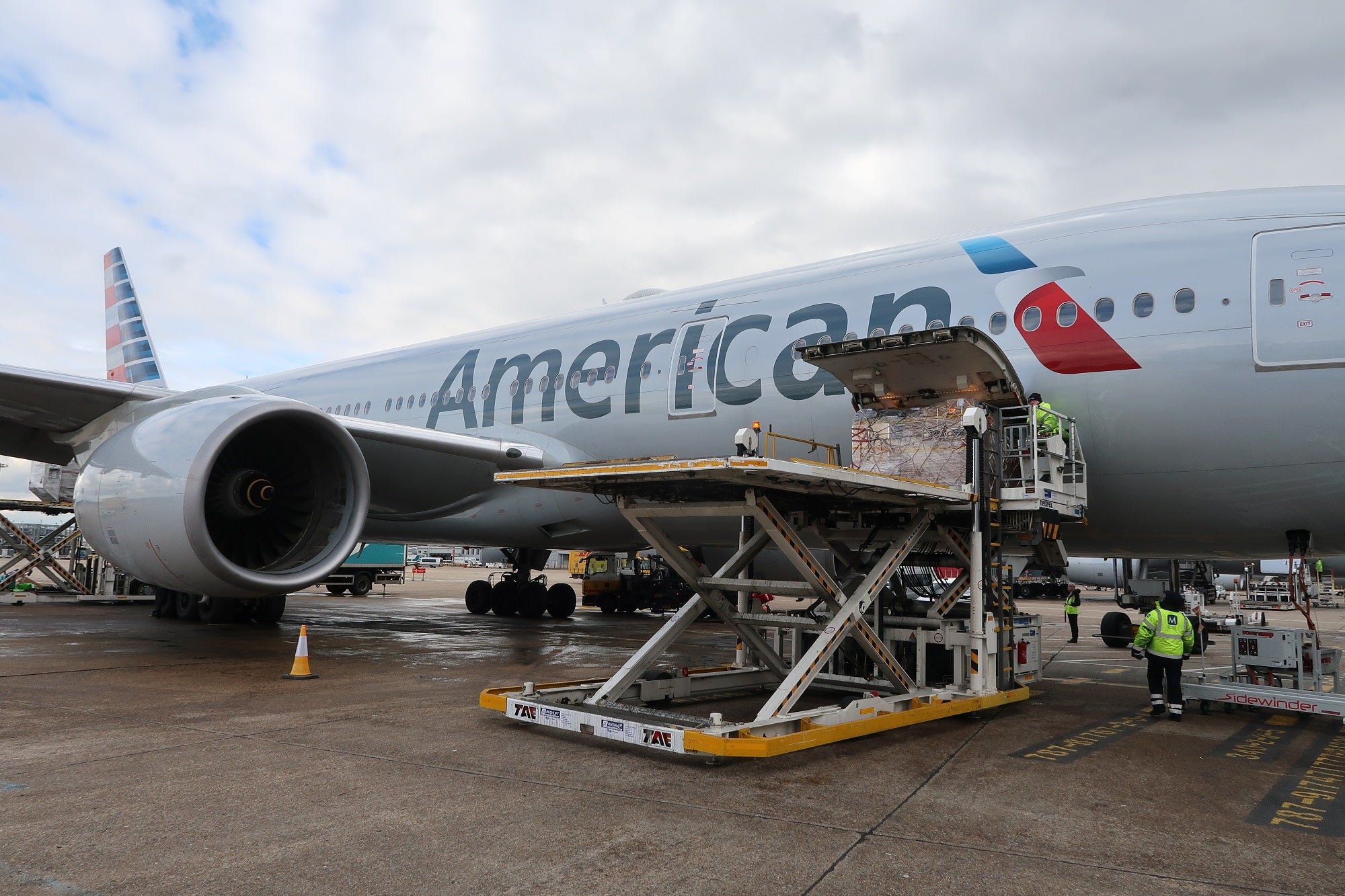 Flowers to Ferraris: A Tour of American Airlines' London Heathrow Cargo Operations
This post contains references to products from one or more of our advertisers. We may receive compensation when you click on links to those products. Terms apply to the offers listed on this page. For an explanation of our Advertising Policy, visit this page.

Most travelers might assume that the most important passengers on each flight, to an airline, are those sitting in the front cabin. But it's quite possible that a much more important passenger is riding below the main deck — in the cargo hold. Whether it's a multi-million dollar luxury car or life-saving pharmaceuticals, airlines carry all sorts of critical cargo in the belly of wide-body aircraft along with your bags.

Compared to carrying human passengers, cargo is still a relatively small aspect of US airline's revenues. In 2017, cargo operations represented less than 2% of American Airlines' total revenue. But cargo can play an important role when it comes to airline profitability — particularly on international flights.

Cargo operations alone can make an otherwise unprofitable flight into one that contributes significantly to the bottom line. And airline cargo operations are growing at an astonishing pace. From the fourth quarter 2016 to the same period of 2017, cargo revenue at American Airlines alone jumped almost 20%. IATA, the international association of airlines, says demand for air freight grew 9% last year, the biggest jump since 2010.

To get understand what all the cargo buzz is about, I got a behind-the-scenes look at one of American Airlines largest cargo facilities, which — believe it or not — is in London Heathrow (LHR), not at the airline's home base in Dallas - Fort Worth (DFW.) Let's take a look around the operations.

But, don't let the size of the warehouse let you assume that this is a small operation. American Airlines has 220 workers at Heathrow dedicated to handling the airline's cargo operations — from sales to handling, packaging and loading the aircraft.

Through this warehouse flow all sorts of products. From flowers, peppers and eggplant trucked in from the Netherlands and high-end textiles flown in from Pakistan up to an entire orchestra's instruments and luxury cars sold from one collector to another. Basically any product that needs to get from point A to point B in a hurry.

But, perhaps the most critical part of AA's London Heathrow cargo operations are pharmaceuticals. AA has doubled down on this aspect of its cargo business. In mid-2017, the LHR facility replaced its old temperature-controlled room with a new one 16 times larger.

Once it's time for cargo to head to a flight, warehouse workers make final preparations to cargo so it fits in the tight spaces inside the aircraft. Sometimes using standardized cargo containers, AA's large-scale cargo shipments usually are more efficiently packed on pallets.

In an unassuming office off to the side of the warehouse floor is the Cargo Control Center, where a dispatcher sat surrounded by screens. One screen displayed the air traffic control data for London-bound AA flights. Another showed a virtual look at the gates with the GPS locations of each of the cargo vehicles. Closed-circuit TV displayed a couple dozen different angles of the cargo warehouse operations. A computer screen in front of the single control center operator displayed a wealth of information on the cargo operations. And, as if there weren't enough monitors already, one last screen was playing a TV sitcom.

Once the cargo has been security-inspected and packaged for the flight, the pallets and bins are loaded onto trucks at the warehouse to be driven to the aircraft. While the distance between the cargo warehouse and the terminal is just over half a mile, the journey isn't as easy as driving the truck across the tarmac to the terminal visible just across the runway.

For security reasons, the cargo trucks and drivers must clear through security — a process that I got to experience for myself on my ride-along. Despite all of us having badges reflecting that we have been registered and security-vetted, we had to exit the truck and go through TSA PreCheck-style security inside a small building while our vehicle was inspected. Seemingly due to my temporary visitor badge, I received extra scrutiny — my hands, shoes and belongings were swabbed for explosive residue.

Once through security, cargo trucks drive through the long and busy tunnel under runway 9R/27L to the terminals. And the drive isn't trivial. Between the long distance and the ramps down into the tunnel and back up, this isn't a drive that can be handled by the baggage tugs found at many airports. Instead, flat-bed trucks are necessary for this task.

The goal is to start loading cargo onto aircraft at "D60" — or 60 minutes until scheduled departure. In order to leave enough time for the security checks and drive from the cargo warehouse to the aircraft, cargo truck need to leave the warehouse by "D90" — an hour and a half until departure.

We arrived at the terminal just before 11:30am, meaning that we were at the end of the morning rush of flights. There were still at least six AA jets at gates, but most were done loading cargo and were just awaiting the human passengers — and their last-minute bags — for the flight to depart.

Our aircraft, a Boeing 777-200 with the registration N788AN, would be operating flight AA57 to Miami (MIA). It had a relatively light load today, both in passengers and cargo. We patiently waited along with other American Airlines and DHL trucks for the cargo lifts to arrive.

Once the lifts arrived, at time D65, operations kicked into gear. Using the optimal loading positions determined by central cargo operations in Dallas, the cargo handlers loaded the pallets through the large cargo door in the front of the 777-200 at the same time as another cargo lift was utilized to load the much smaller rear cargo door. As you can see, passenger bags aren't loaded individually, but are put inside larger pallets shaped like the inside of the cargo bay.

Many thanks to American Airlines' Janine Brown and Paul Griffin for arranging the behind-the-scenes tour of the airline's London Heathrow cargo operations.