Should We Fine Passengers for Taking Bags in an Evacuation? 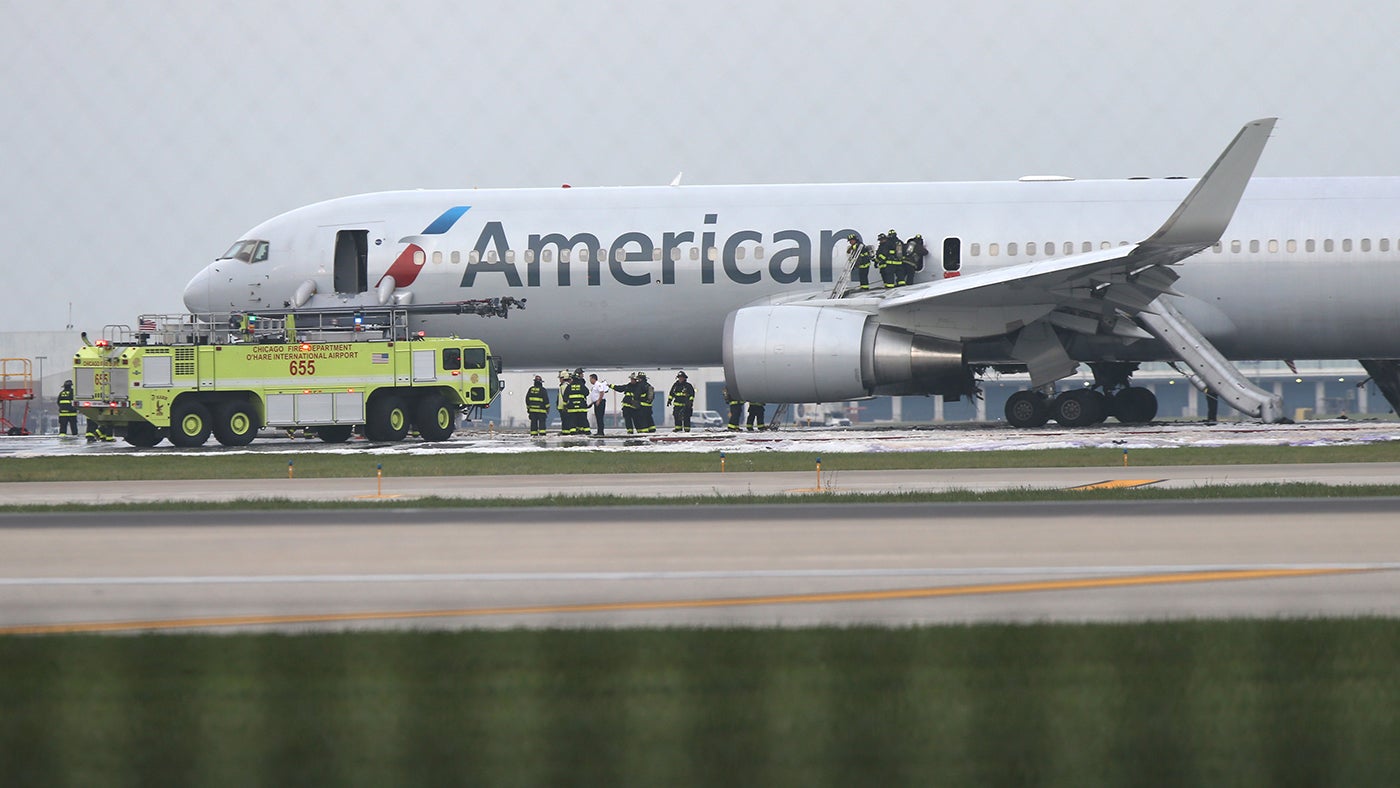 Should We Fine Passengers for Taking Bags in an Evacuation?
This post contains references to products from one or more of our advertisers. We may receive compensation when you click on links to those products. Terms apply to the offers listed on this page. For an explanation of our Advertising Policy, visit this page.

Airplane evacuations happen. They aren't just a theoretical scenario from the safety video. They are very rare, but they do take place. And people routinely get out unscathed in the 90 seconds mandated by regulations — but they might not, if they keep doing something that those safety videos say they should never do: Take their bags with them.

Last week, the Chicago Sun-Times reported that the head of the National Transportation Safety Board, Robert Sumwalt, was in favor of fines for passengers who take their baggage with them during an evacuation. His comments came in the wake of the NTSB's investigation into American Airlines flight AA383, which caught fire on the ground in 2016 at Chicago's O'Hare Airport, resulting in a full-scale evacuation.

One of the findings of the investigation was that it was hampered by passengers who were attempting to take their carry-ons with them. Flight attendants were wasting precious time trying to get them to leave baggage behind. The NTSB found that even with flames visible in the cabin, and smoke becoming thicker by the second, passengers were foolishly taking time to remove their baggage and take it with them. I don't know about you, but I've seen people struggle to get their roll-aboard bags down the aisle on a good day, so can you imagine what that would be like in a smoke-filled plane where everyone around you is in a state of panic?

In the safety video at the beginning of every flight, you are reminded that you must not take carry-on luggage with you in an evacuation. And, if there is an evacuation, regardless of which airline you are flying, one of the commands you will repeatedly hear is "LEAVE EVERYTHING!" Of course, many passengers either feel entitled to take their luggage with them, or simply don't care.

But why is this so important? When evacuating an airplane, every single second counts. Airplanes must be certified to be evacuated in 90 seconds or less with a full passenger compliment and only half of the exits usable. If you take the time to grab your bag, first and foremost you are delaying the passengers behind you from evacuating, and putting their lives at risk. Secondly, if you get your bag out and realize it's too heavy to run with or is impeding your exit, and you then drop it, it becomes an obstacle to those behind you.

If you do make it to the exit with your bag, you are then putting the integrity of the slide at risk. Your bag could puncture the slide, rendering that entire exit unusable and putting further lives at risk. Lastly, should you make it down the slide with your bag, and then realize it's too heavy to run with, it again becomes a tripping hazard to those behind you. So what should you do? Leave your bags, period, no ifs and no buts.

Sara Nelson, International President of the Association of Flight Attendants (AFA), told the Sun-Times that "apparently the threat of death by incineration fueled by thousands of gallons of jet fuel isn't enough of a deterrent to stop passengers from taking time to grab carry-on bags during an emergency evacuation." She hit the nail on the head. We saw that happen when AA383 evacuated, and on British Airways BA2276 in Las Vegas, and in this chilling video from the evacuation of Iberia 6250 in New York in 2002, where despite evacuation sirens blaring, commands from crew member, and an engine on fire, passengers delay the evacuation of the Boeing 747 by rummaging through the overhead bins to take their bags out — bags that are clearly more valuable to them than the lives of those they are delaying.

So, from the point of view of a flight attendant, I think that the idea of fining people who behave so selfishly sounds like a fabulous thing — in theory. But how would we bring that to passengers' attention, when the vast majority don't bother to watch the safety video in the first place? As we prepare the aircraft for an emergency (assuming we have time to do so), do we then say "By the way, if you try to bring your bags, you will be fined"? How do we implement such a change and make the flying public aware of it? Frankly, I for one would be in favor of bins that automatically lock when the evacuation horn goes off. Then it becomes a non-issue. Just go!

It is worth mentioning that in evacuations where the airplane was still intact post-evacuation (LOT flight LO16 in Warsaw, for example — see image above) passengers who did follow instructions did in fact get their luggage back. Even after the ditching of flight US Airways 1549 in the Hudson River, (soggy) luggage was returned to people after the aircraft was retrieved from the water. And if the aircraft burned to the ground, as was the case in Toronto with Air France AF358, then shouldn't you just feel lucky to be alive in the first place? Material things are just that: material, and they can be replaced. Your life, however, most certainly cannot.