Articles
Katherine Fan is a former senior travel features reporter at The Points Guy who covered everything from personal finance to travel and aviation.
March 15, 2018
•
6 min read 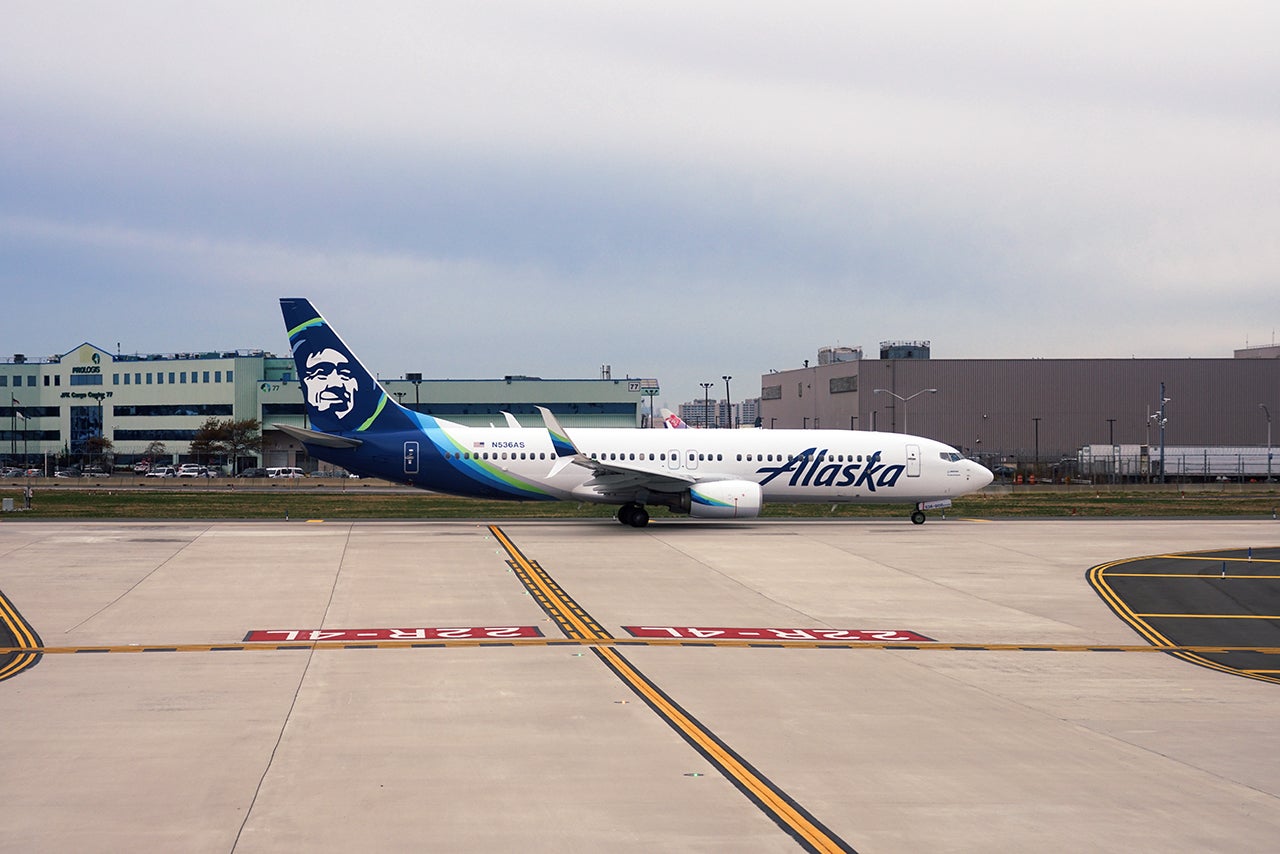 Pilot Sues Alaska Airlines Over Alleged Drugging and Rape By Flight Captain
This post contains references to products from one or more of our advertisers. We may receive compensation when you click on links to those products. Terms apply to the offers listed on this page. For an explanation of our Advertising Policy, visit this page.

Alaska Airlines pilot Betty Pina is suing the carrier after she says she was drugged and raped by a fellow pilot on a three-day assignment in June 2017.

Pina and her attorneys filed a formal lawsuit against Alaska Airlines for its lack of corrective action following Pina's complete cooperation and statements to investigators both within and outside the airline. Pina contends that the airline is liable both for her captain's actions, as well as failing to hold him accountable after her reports were filed.

The accused pilot is Paul Engelien, a long-time Alaska Airlines pilot, who is mentioned in the lawsuit but not named as a defendant in this legal case.

"I’m infuriated that he’s still working there," Pina said, who also added that Engelien, 50, is on the carrier's active seniority list of pilots, according to The Seattle Times.

Since media reports of the alleged assault broke, Engelien has reportedly been grounded by Alaska Airlines, the airline told Fox News.

Pina had never met or worked with Engelien before their first flight into Minneapolis on June 5, 2017. After Pina and Engelien reached their designated hotel for the night, the senior pilot and Pina went to the employee "break room," which was set up with snacks and drinks.

While in the employee concierge room, Engelien brought her a glass of wine. Pina commented on the strange taste of her drink, and recalls that she was unable to keep her head up after just a few sips.

"From there, I don’t remember leaving the concierge room, the elevator ride or walking down the hallway to my room," Pina told The Seattle Times. "When I woke up, everything was hazy. I remember seeing a figure, somebody pulling at my right ankle, and rolling over and trying to say 'No.' And then, I was out again."

When she awoke, Pina found herself covered in a vomit-covered bed, and she was naked from the waist down. She also heard Engelien on the phone in the same room, telling an airline official that he had been drinking. She later found her underwear inside her zipped-up purse in Engelien's room that night.

Pina, who was a decorated Army chopper pilot prior to joining Alaska Airlines in 2016, said that she spent the first few waking hours sick and confused, and concerned about her career.

"I’m worried about everything I’ve ever worked for," she said. "I’m not married, I don’t have kids. My career has been my number one."

Pina later heard that a flight attendant saw Engelien walking down the hotel hallway with two glasses of wine and a woman who appeared to be in danger, according to The Seattle Times. The crew member didn't feel comfortable flying with Engelien and notified the first officer on duty, Pina said. That flight attendant's report led to the duty officer calling Engelien to ask whether he was fit to fly, which was the conversation Pina overheard when she woke up dazed.

Instead of piloting the return flight home to Seattle, the first officer directed Pina and Engelien to fly home in coach on a later flight. Pina said that before and during the flight, Engelien repeatedly pressured her to get their "stories straight" to avoid issues with HR, telling her that she had been "really drunk and had come on to him" the night before.

Once the two reached Seattle, the pilots' union as well as Alaska Airlines officials debriefed both pilots over the next two days.

When a "handprint bruise" developed on her left thigh a day or two later alongside other bruising, Pina put her initial hesitations aside and reported the rape to her union representative on June 7, 2017, and to an Alaska Airlines HR official a day after that.

The airline placed Pina on paid leave that month with instructions to not talk about the investigation. Alaska Airlines later hired a lawyer named Marcella Reed to investigate whether Engelien and Pina had violated the company’s policy barring pilots from consuming alcohol within 10 hours before a scheduled flight, Pina said.

Reed took multiple statements from Pina regarding the incident, and Pina said Reed told her the hotel’s security video showed Engelien trying to forcibly kiss Pina in an elevator, according to The Seattle Times.

“She said I was incapacitated, that it took 18 to 20 minutes to get from the elevator to the room, and this whole time he’s trying to get me into the room, and I’m trying to put up whatever fight I can,” Pina said.

Pina returned to active duty in January, despite fearing that she might have to fly with Engelien again. The Alaska Airlines Seattle base chief has promised her that won't happen.

"I wanted to get back in the cockpit flying before moving forward with anything," she said. "Now that I have, I am."

"My hope is that by me doing this, it may protect other women," Pina told The Seattle Times. "How many other victims are out there? I may not be the first case, but I hope to be the last. It’s time to take responsibility. The culture needs to change. We can’t sweep this under the rug any longer."

Pina's attorneys, Eric Makus and Lincoln Beauregard, said that Pina was requested to voluntarily withdraw from a scheduled work flight after news of her lawsuit broke on Wednesday, March 14. But Alaska Airlines official spokesperson Bobbie Egan said the airline only intended to make sure Pina was doing all right.

Egan has not released any comment regarding Pina's lawsuit, citing the open and active nature of the investigation.

"What we can say is that we are taking this matter seriously," Egan said. "The safety and well-being of our employees and guests is a top priority."

The lawsuit is the second aviation-related assault case filed in Seattle in as many weeks. On February 27, Allison Dvaladze filed a lawsuit against Delta Airlines for its lack of response to a mid-air attack from a fellow passenger.