Articles
Emily McNutt is The Points Guy's Global News Editor and is based in London.
Follow
March 09, 2018
•
2 min read 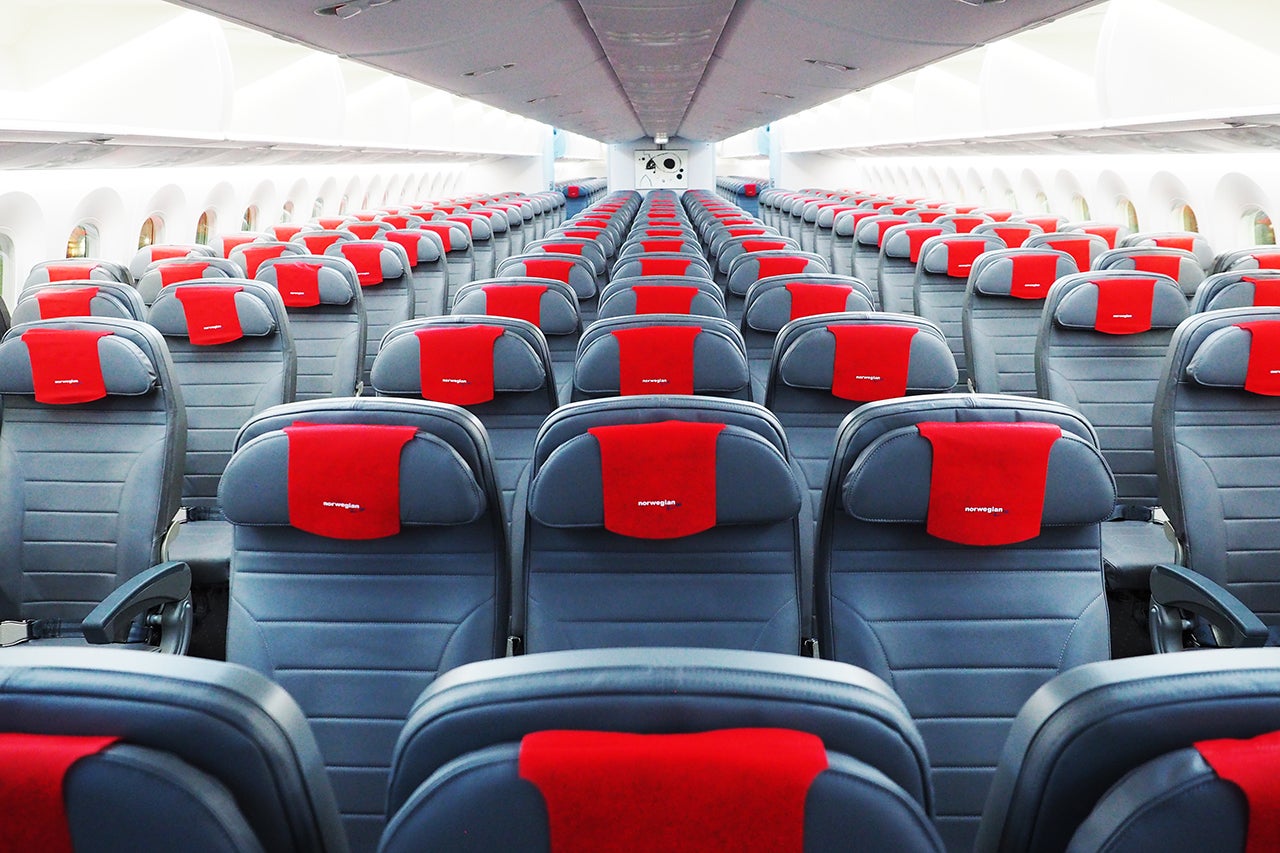 Norwegian Plans to Launch Flights to Brazil
This post contains references to products from one or more of our advertisers. We may receive compensation when you click on links to those products. Terms apply to the offers listed on this page. For an explanation of our Advertising Policy, visit this page.

Norwegian is continuing its rapid expansion efforts. This time, it's not in the US, Europe or even Argentina. But instead, the low-cost carrier with an ever-expanding route network is planning to launch service to Brazil.

The carrier launched its first-ever service between London (LGW) and South America in February, with a nonstop route to Buenos Aires (EZE). (Check out the full review here.) Now, Norwegian is continuing to expand its presence in South America, as it plans to launch a route to Brazil from both London and Argentina. As reported by Bloomberg, Norwegian CEO Bjorn Kjos said in an interview that the carrier plans to start flying to either Sao Paulo or Rio de Janeiro from London.

Norwegian has also received authorization from the Argentine government to operate flights from Argentina to 13 Brazilian cities. In addition, the carrier is looking at expanding with service to other Latin America countries.

"We serve a lot of places in the US and in Europe, but South America is our focus in 2018," Kjos said. "There are other countries with priority in South American that are not well served."

It's unclear what aircraft Norwegian would fly on the Brazilian routes. Likely, however, it will offer its Dreamliner on routes to London and its 737 or 737 MAX 8 aircraft between Argentina and Brazil.

Back in December, Norwegian got approval from the Argentinian government to operate up to 72 domestic and as many as 80 international routes. Norwegian's entrance into the market makes it the latest carrier to connect South America and Europe. Competition in that transatlantic market includes LATAM, TAP, British Airways, Aerolineas Argentinas, Iberia, Air Europa, Alitalia, Lufthansa, Avianca, SWISS and Air France-KLM.

Norwegian, a carrier known for its low fares, is facing challenges in Argentina, as the government maintains a floor on prices, and its airport fees are higher than other airports in the region. So, the carrier has struggled in offering passengers the low prices it can on transatlantic routes between the US and Europe. However, those challenges aren't hindering the carrier's hopes to continue expanding. It plans to begin selling tickets for domestic flights within Argentina in May, and hopes to begin flying in August.

At this time, Norwegian doesn't have plans to get a local air operator certificate (AOC) for domestic flights within Brazil.

Featured image by Photo by Emily McNutt / The Points Guy.