What Happens When Kids Get to Help Plan Trips

Kids don’t have to just go on family vacations, they can help plan those trips that will eventually be a big part of what defines their childhood. Here’s a look back at the first time I helped plan a big family vacation in the 1990’s and a look forward at what that might look like when my own eight-year-old takes the reigns…

While I’m still not yet ‘old’, back when I was a kid there was no internet, no endless selection of things to watch thanks to Netflix, YouTube, streaming, or easily recorded TV. When no kids in the neighborhood were available to play, going to the grocery store with my mom on a weekend afternoon was better than just sitting at home. As an added bonus, you could usually convince her to let you put a couple things in the basket. Typically that meant some powdered donuts, or a cereal with a cool toy (remember when cereal had toys?), or some strange new fruit juice like the Ghostbusters inspired Ecto Cooler, my childhood favorite.

But, sometimes there were non-food items you could even toss into the cart if you went along to the store. I remember one year it was a set of encyclopedias that they were selling with certain alphabetical volumes available each week. I think A was a penny if you bought a certain amount of groceries. Then B and C were about .99 cents, and by the time you got those three and came back the next week, D was available for a slightly higher price. Next time, you would get to the full-price book of E and by then you were hooked because who was an encyclopedia set that only goes A – D? That summer we bought the whole encyclopedia set at the grocery store, one book at a time.

The next year they replaced the encyclopedia section of the grocery store with something even cooler. They put in a display, probably sponsored by Coke, for the Summer Olympics that would be held in Atlanta in 1996. The display was out well in advance of the games, so I probably saw it in 1994 or 1995. I had bought in hook-line-and-sinker to the Olympic fever as an eleven-year-old in 1992 when I watched (and reenacted) events like women’s gymnastics on my home recorded VHS tapes over and over again.

I don’t remember everything about the Olympics display in the grocery store, but I remember that in it was a fat brochure with information about getting tickets to the Olympics, so I grabbed a copy. Maybe two.

We were a family that traveled at least once or twice a year, always by car. By this point, we had driven to Florida to go to Disney World and see a space shuttle launch, to Colorado and New Mexico to ski more times than I could recall, and even down to Mexico for a family border crossing…that was interesting. Given all that, Atlanta seemed like a realistic enough destination to me, so I brought the brochure home to my dad, the trip planner, and remember looking at it together at the kitchen table over dinner and sweet tea that night.

It worked. We were going to go to the Olympics! We sent away for tickets thanks to that brochure, and while we didn’t get all the events we wanted, we got enough. I remember watching diving, baseball, and even some track and field events on a rainy morning after the bombing in Centennial Olympic Park.

In addition to the events, we went to the hands-on Olympic exhibits, and the World of Coca Cola, and my sweet dad even tried to buy me tickets to women’s gymnastics from folks on the street.

I saw first-hand how a travel dream presented at the end of the aisle of the grocery store could become something you actually did. In my mind, I was a driving catalyst for that trip, though my early teenage recollection might be over-emphasizing my role. Still, the feeling of seeing a travel dream be born and actualized from the kitchen table to the Olympic Stadium left an imprint, one that I have to imagine helped me think that no travel dream is too big or unachievable. 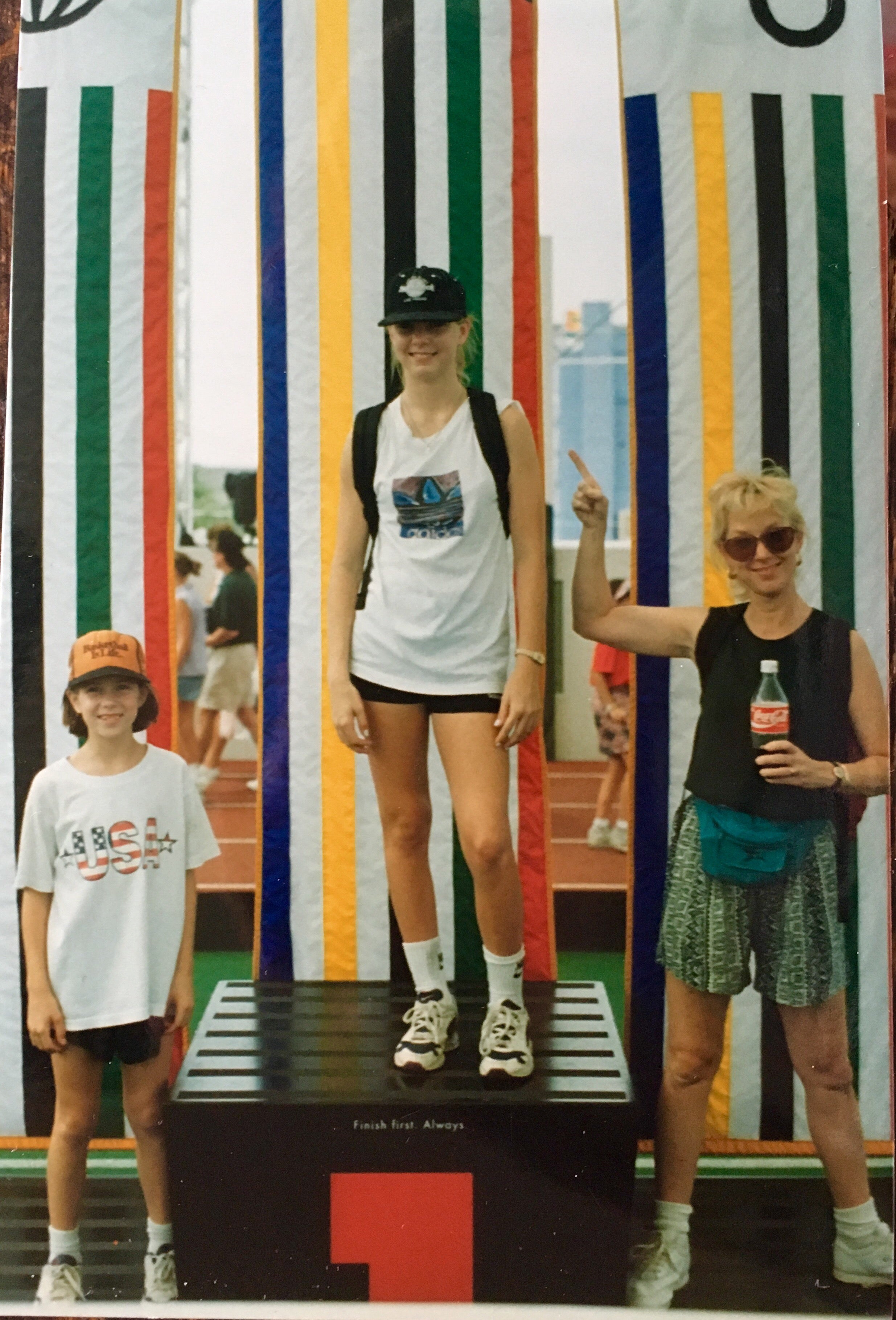 My oldest daughter is now eight and has been a happy participant on our many journeys for as long as she can remember. I’ve been working on helping her become more aware of the steps in the travel process so she can begin take the lead and eventually do it all on her own. I have her find our gate at the airport, lead us to our row on the plane, talk about how much the hotel cost vs. the number of points, help decide which activities we will do each day, and look at the map as much as possible so she learns a bit more about where we are and where we are going. She hasn’t yet picked up a brochure and pushed to make any specific destination a reality just yet, but I’ll be ready for when she does. In fact, I can’t wait as I think good things can happen when kids get to help plan trips. Have your kids started to take a more active role in planning family trips? How and when did that start? 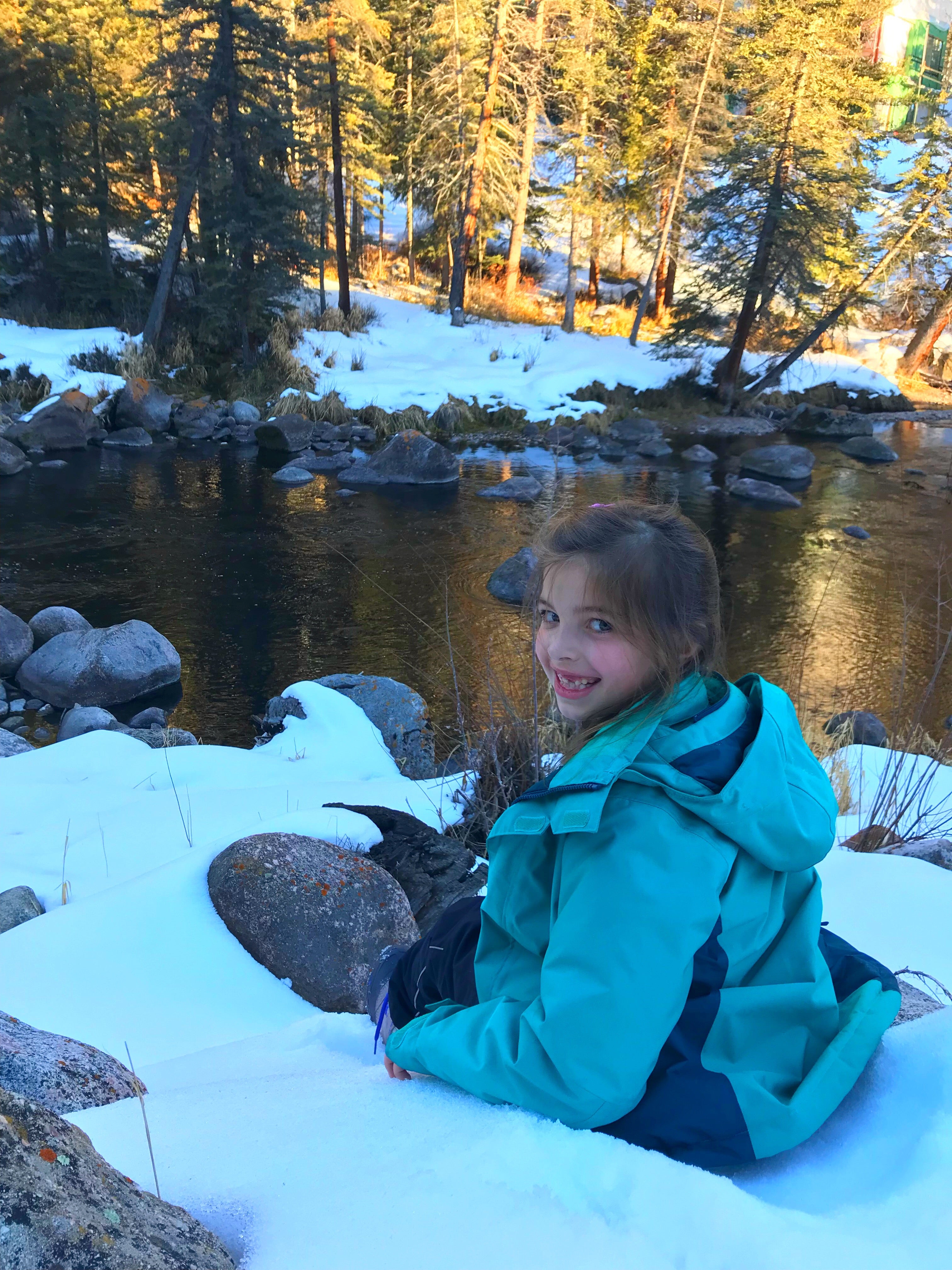 Summer Hull , aka Mommy Points, ran the Mommy Points site for families who want to travel more for less using miles and points for seven years. She now heads up a variety of special projects at TPG when she isn't exploring the world with her own two girls.
You might like
Hyatt’s new lifestyle brand debuts soon in Memphis — and food is the main star
News
Yesterday
FDA authorizes Pfizer booster for kids: What this means for family summer travel
News
Yesterday
The return of business travel: A look at the trends
News
Yesterday
Chase Sapphire Preferred® Card