How Do Airlines Pay for Aircraft? 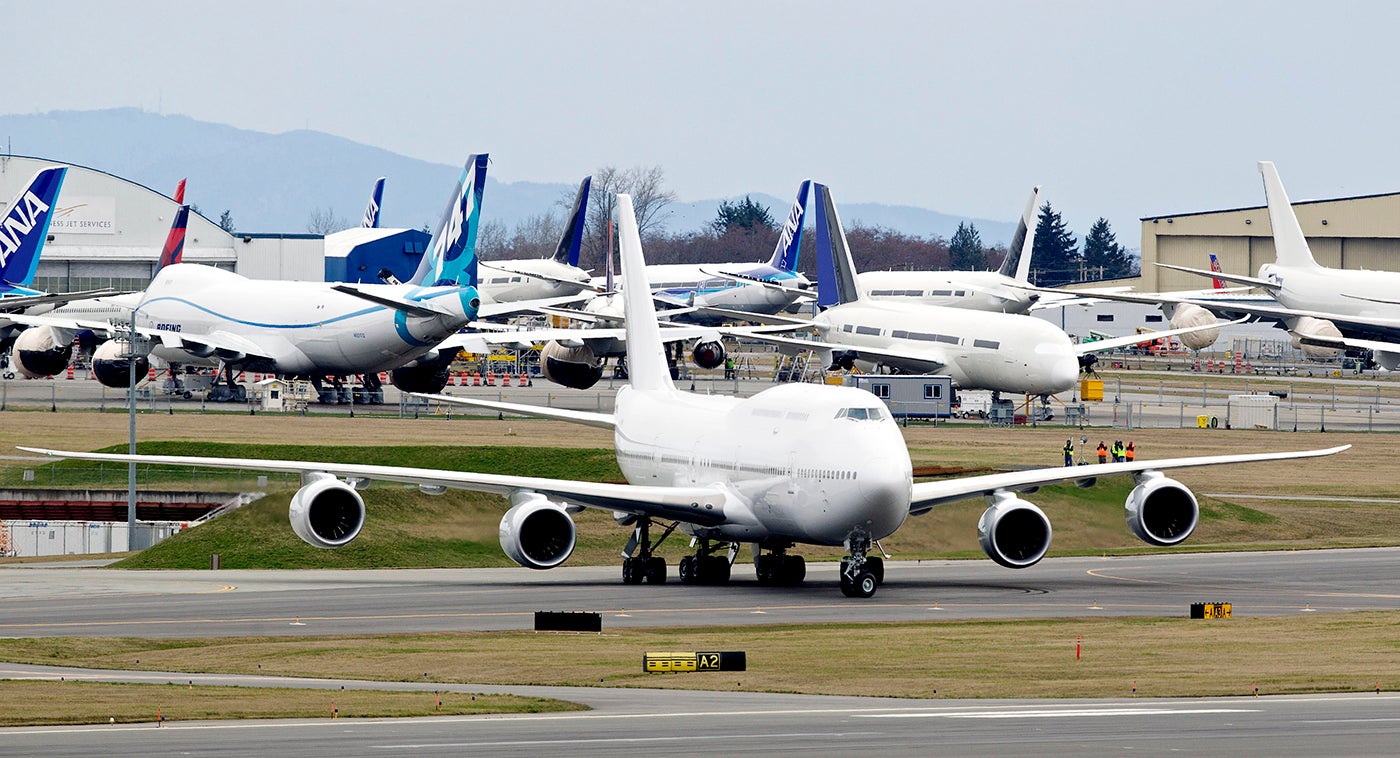 How Do Airlines Pay for Aircraft?
This post contains references to products from one or more of our advertisers. We may receive compensation when you click on links to those products. Terms apply to the offers listed on this page. For an explanation of our Advertising Policy, visit this page.

When airlines order airplanes, a lot of money is involved. With the cheapest Boeing selling for $86 million and the cheapest Airbus for 77, and many orders being for dozens of planes at one go, it's easy to rack up the billions. Just look at what happened last year, when Boeing and Airbus battled each other at an aviation trade show in Dubai by each announcing an order worth more than what the competition had pulled off the previous day. Airbus scored the knockout punch when it announced an enormous order for 430 airplanes. That's $50 billion worth of jets.

Airlines buying on that level get discounts, of course. No one pays the list price for a large order of machines that can cost almost half a billion dollars a pop — $445 million, to be exact, for the most expensive commercial airplane in the world, the Airbus A380.

Discounts or not, buying so many aircraft remains a huge financial undertaking. And no airline has that kind of cash laying around for capital expenditures. Delta does not wire Airbus $100 million every time it takes delivery of one of the hundreds of A321s it bought.

So where do the fabulous amounts of money needed to pay for airplanes come from?

Many airlines do not really own the aircraft they fly. Like a lot of people do for cars, they lease them, from aircraft leasing firms. Four out of 10 commercial aircraft worldwide are on lease.

The mechanism is not too different from that at play in the car leasing market, just on a much larger scale.

"Leasing companies tend to have better credit ratings than most airlines, therefore they can borrow at better rates and pass some of this advantage on to their customers. They are also able to place bulk orders and that makes it easier to secure big discounts from manufacturers such as Boeing and Airbus," explains Thomas Conlon, associate professor and director of the Masters Program in Aviation Finance at University College in Dublin.

He's not in Dublin by chance, either. It is actually in Ireland that the aircraft leasing industry started, thanks mainly to favorable tax policies, and to this day the Emerald Isle remains the industry's most important hub, with companies such as Aercap, GECAS or Avolon owning many hundreds of aircraft altogether.

Other lessors are based elsewhere, such as the Middle East.

Accounting and legal factors may also play a role in the buy-or-lease decision. Being able to place an aircraft off the balance sheet, as it is often the case with leases, is no trivial matter.

Then there the operational and practical factors. Leasing gives airlines greater flexibility when it comes to expanding or contracting the fleet in response to market demand.

Also, and unlike cars, you're not going to take home your new jet on the day you sign the contract. Or even the decade: Production lines are fully booked for several years. If you buy a Boeing 737 now, you're not getting it until well into the 2020s. Startup airlines or those that wish to grow quickly resort to leasing as a faster way to get airplanes.

Each case is unique and it can quickly get really complex, but a typical leasing agreement would usually involve a seven to 10-year contract. The airline would make an initial down payment roughly equivalent to 3 to 6 months, and then pay monthly installments calculated as a percentage of the value of the aircraft, as well as the airline's credit rating. An airline with good credit leasing a Boeing 787 would pay about a million dollars a month.

It is also common to include some provisions in the contract about who is going to be responsible for maintenance and overhaul, as well as the degree of customization of the aircraft. Gulf airlines like Emirates, for example, are known for having very bespoke interiors, which may be great for travelers, but makes it harder to place an aircraft with another carrier once it is returned to the lessor.

Some airlines that are considered by the market as especially solid financially enjoy credit ratings that make financing aircraft purchases a viable proposition. So they don't need to lease. Take Ryanair, for example, a consistently profitable airline: As of mid-2017 it had only 33 aircraft on lease, out of a 383-strong fleet. The Irish low-cost carrier clearly shows its financial muscle here.

In fact, buy vs. lease is never a binary choice. Many airlines have mixed fleets of leased and owned aircraft.

Airlines that choose to go the purchase way must first consider the waiting times prior to delivery, which can often be three to five years. A significant down payment is also expected, usually 12 to 24 months prior to delivery.

To finance these purchases, they have a range of options at their disposal: secured and unsecured debt, special financial instruments such as Equipment Trust Certificates (ETC) and Enhanced Equipment Trust Certificates (EETC) — and plain old cash. The specific financial circumstances of the airline, market conditions and tax and accounting considerations will dictate which one is used in each case.

There are also regional differences: while the issuance of asset-backed securities is common in the US, Chinese airlines tend to rely more on loans provided by domestic banks.

Airlines may raise capital from investors through the securitization of their aircraft. In these cases, ownership of the aircraft is transferred to a separate legal entity, off the airline’s balance sheet, which investors buy into. This vehicle pays a regular stream of cash over the years, with the aircraft acting as collateral. Should the payments stop, the aircraft would be repossessed by investors.

"There are many investors with an appetite for this type of asset. You can think of it as a bond," says Conlon.

With Equipment Trust Certificates (ETC), investors place money into a trust that purchases the aircraft and then leases it to the airline — which then gets to keep it upon maturity of the instrument. Aircraft-financing instruments can get more complex still: For example, Enhanced Equipment Trust Certificates (EETC) may be structured in several tranches or tiers, each with different levels of seniority. The lower the tier, the higher the expected return (and the risk!)

Sometimes, the governments of aircraft-producing countries, such as the US or Canada, also lend their support through trade-promotion agencies and their own financial institutions. They typically act as a last resort, guaranteeing loans destined to the purchase of aircraft made in their respective nations. That's great for aircraft manufacturers, which can sell more planes to buyers who may otherwise have trouble getting financing. Because planemakers are often considered important for national security, or just prestige, promoting their products can be seen by governments as advantageous — except when it turns into a political football, like for the Export-Import Bank in the US.