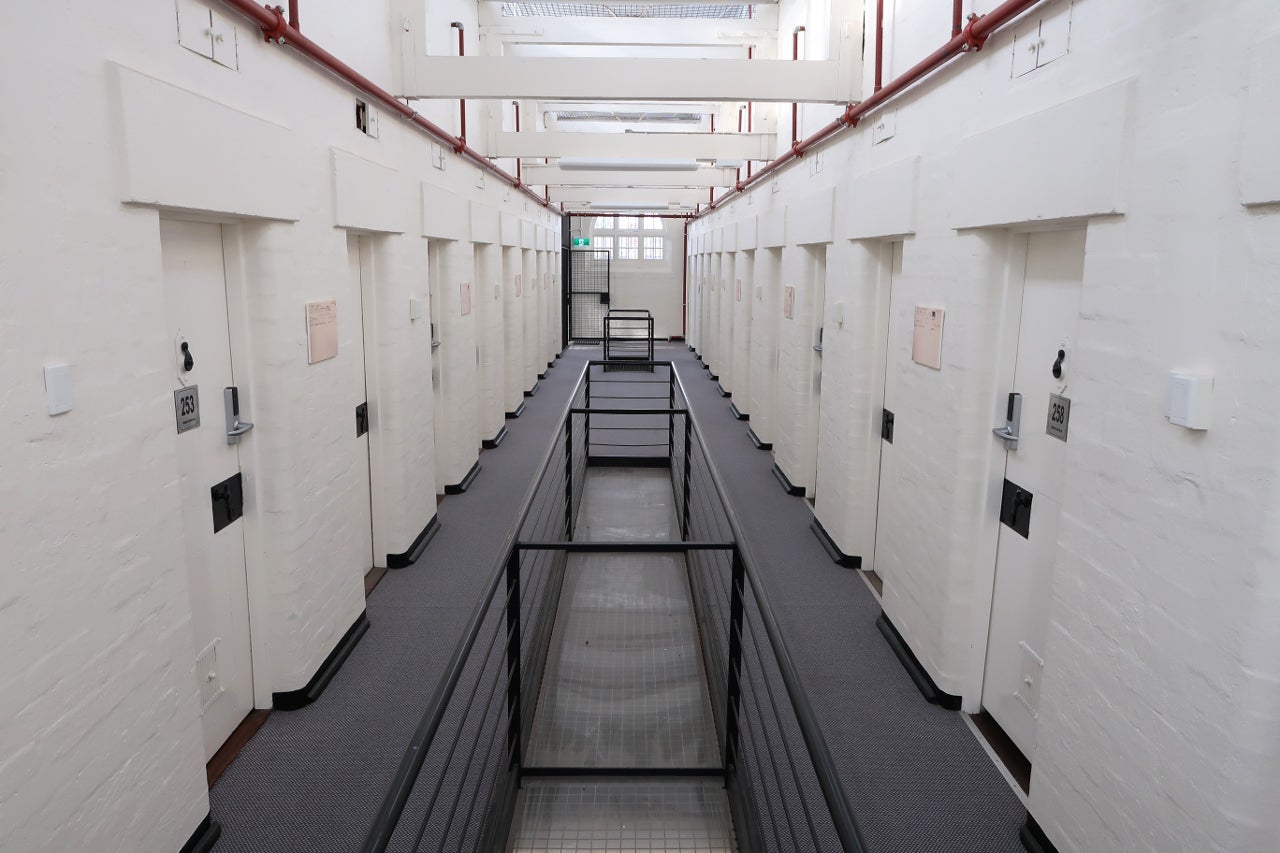 While in Australia, I spent a night at Fremantle Prison. Although Fremantle Prison held prisoners until 1991, most of the prison is now a World Heritage List site that serves as a museum. Inside that museum compound is the women's prison ward, which reopened as Fremantle Prison YHA in May 2015. (It's a member of YHA Australia, the country's youth hosteling association.)

Fremantle is a small town in Western Australia with a port, beaches, a bustling downtown and nearby Rottnest Island, where you can see the extremely cute quokka. Fremantle station was a 24- to 28-minute A$4.70 (about $3.50) direct train ride from Perth station, and Fremantle Prison YHA was a 10-minute walk from Fremantle's railway station.

I used my Chase Sapphire Reserve to book a twin cell for A$55 ($42) on the YHA Australia website, the cheapest rate offered for this room type. At check-out, I added a A$1 ($0.75) donation to YHA's Sustainable Hostels Fund, earning me 3x Ultimate Rewards points because it was classified as travel.

A few days before check-in, I received an email asking me to check in online. It took about two minutes, and I was provided more information about activities during my stay.

No one was manning the check-in desk when we arrived around 4:00pm. There was a permanent message on the wall instructing guests to pick up the phone if no one were at the front desk, so I did. After the phone rang for about a minute, a staff member appeared and check-in began.

After showing IDs, we were welcomed to the prison and given electronic room keys. The check-in agent used a map of the hostel to explain the location of our room, common areas and bathrooms. We said we didn't have specific plans for our stay, so he recommended nearby activities and gave us a quick introduction to Fremantle.

A complimentary two-year YHA Australia e-membership was provided with each stay, but you should be sure to ask about it at check-in, since it may not be processed automatically. The membership provides discounts at YHA Australia properties and Hostelling International properties worldwide, a potentially valuable perk, seeing as how HI USA sells similar memberships for $18 a year.

Each twin-cell room occupied two of the original prison cells.

Our cell was in one of the first-floor cell blocks, and had apparently once been used to keep female prisoners in solitary confinement, where they were fed only bread and water.

Not surprisingly, the room was basic, with a twin bunk bed with sheets, comforters and pillows along one wall. The beds weren't uncomfortable, but the bunk bed was especially squeaky when either person moved. Along the other wall was a table with two simple stools and a trashcan. There were two Australian power outlets in the room.

The twin-cell rooms were the only rooms without air conditioning, each kept cool instead with a small electric fan and two windows. In December — summer in Australia — we were comfortable sleeping with the windows open and the fan off. The view from our windows was of a preserved section of the historic women's prison.

The kitchen was spacious. It included all the equipment needed to make a meal, but even basic spices like salt and pepper weren't supplied.

On Friday evening, there was what was billed as a wine and cheese night in the dining area, though the wine turned out to be bring-your-own. Still, it was fun to meet the other guests.

No shampoo, soap or towels were provided in the twin cells or in the shared bathrooms. A previous guest had left shampoo in the shower during our stay, but you should be prepared to bring and use your own toiletries and towels.

There were many informational exhibits throughout the halls showing prison records and facts about the prison.

There were multiple common areas, the main one being a large room with a kitchen, dining area, television, couches, foosball table and laundry room. Washing machines cost A$3 ($2.30) per load and dryers cost A$1 ($0.75) for 20 minutes.

A secondary common area had tables for working, couches, jigsaw puzzles in progress and a book exchange. This smaller area seemed to attract guests looking for quiet time.

There were also outdoor common areas with jumbo chess, hammocks, volleyball and table tennis. Overall, the atmosphere was social and inclusive. We met many interesting and friendly guests from a variety of countries during our short stay.

Parking was available directly in front of the property, but it was metered between 8:00am and 8:00pm, meaning you had to feed the meter if you had driven in.

You don't get many chances to stay in a prison by choice. Fremantle Prison YHA knows this and plays up the prison aspect in a cute way. I'd expected that the prison would feel grungy, but it was actually clean and mostly renovated.

I appreciated the signs throughout the property telling us the history of the prison and its occupants. The common areas were well-stocked and the hostel had a good feeling of community.

The twin cell was a fun experience. There was nothing luxurious about bunk beds, but I'd certainly recommend a stay to families with children, travelers who like unique lodging, prison buffs and those traveling on a budget.

The noise from cell doors opening and closing, other guests walking in the halls and squeaky bunk beds — as well as the lack of air conditioning — all merely served to enhance the experience of sleeping in a historic prison cell.