9 Things to Do on Your Next Trip to Seoul, South Korea 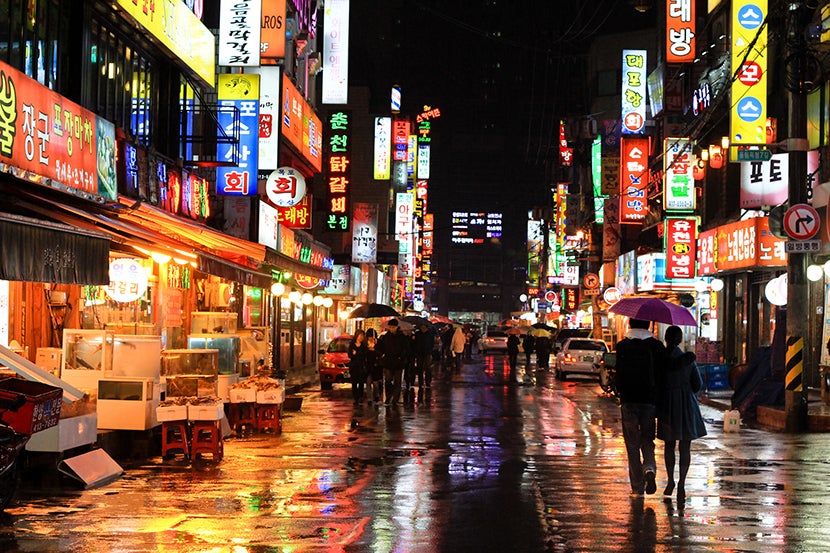 Seoul is rich with contradictions, growing pains and shoppers. Lots and lots of shoppers. You’ll also bump into devout Christians by the busload coming to pray in some of the world’s largest churches. Deeply religious, South Korea has been influenced a lot by the American military presence, the tension of having North Korea as its neighbor, the legacy of the horrific Japanese occupation and a mad rush toward extraordinary prosperity over the past 30 years.

The energy level in Seoul is super high, and there’s a crispness to interactions. Lively, spontaneous and really energetic, the people here know how to have fun and then feel guilty afterward. It’s no coincidence that Koreans are known among Asians as “the Italians of Asia.” Want to get in on all the action? Here are 9 ways to make the most of your next trip to Seoul.

1. Fall for Insadong, Art and Seoul

Tourists jam the narrow cobblestone alleyways of this exquisite old section, which stands in contrast to much of the ultramodern, utilitarian architecture elsewhere in town. It’s worth strolling through, avoiding the numerous gimcrack shops, and finding the places with value and character. The Knife Gallery sells thousands of extraordinary blades, Ssamzigil has several floors of decent goods (and dining) and Gallery Hyundai is a portal to modern art. There are several other upscale establishments offering traditional pottery, porcelain and ink drawings. The extremely helpful Insadong Information Center — with English-speaking staff — can help you find even more ways to spend your money.

Korea’s recent history is often seen as tragic, from the Japanese occupation to the civil war and the splitting of the peninsula in two, but there are shining moments, too. Commemorating one hero is a statue in front of the Yonsei Severance Building, erected in December 2016, of Dr. Hyun Bong-Hak, nicknamed “the Korean Schindler,” credited with “persuading US military officials during the war to evacuate some 104,000 refugees from battlefields in Heungnam, North Korea.” You can also head to the National Museum of Korea for a more comprehensive lesson.

Barbecue is to Seoul as cheesesteak is to Philly and pizza is to NYC. Known popularly as gogi-jip, it’s grilled meat, usually beef, served with sides of kimchi and vegetables and often followed by rice and noodles. Daedo Sikdang is one of the most famous, with satellites all over town and the original at Wangshipri. A more upscale choice, with prices to match, is Tuppul Deungshim, with several locations. Either way, great beef is unusual in much of Asia but here in Seoul, you’ll satisfy all your meat cravings.

Tea is part of a centuries-old Korean tradition, called Dado, tied to Buddhist rituals, but in the modern era, coffee has captured the attention of the youth. Coffee salons also provide a public space where social class and occupation take a back seat to caffeine. Starbucks has eroded the presence of local cafes, but there are still a bunch to choose from. Enjoy cups of coffee while live sheep walk around you at Thanks, Nature — no kidding — or head to a Ikovox, which roasts its own beans. The top hotels in town also have sedate lounges where coffee is served.

5. Dine in an Art Gallery

Located in the fancy-pants Itaewon-dong neighborhood, Si Wha Dam is by far one of the most unique restaurants on the planet — you'll enter a pristine, white building that resembles a modern art museum, ascend a staircase past new and ancient art and dine in private rooms overlooking mountains.

What makes this place special is not just the delicious food, prepared under the guidance of Chef Kyoung-Won Park, but both the way it is served and the history it draws upon. Park offers multi-course dinners that amount to culinary performance art, each dish with a name rooted in the legacy of Korea, such as Lotus Root Porridge That Cured Scholar Yuk Gok or Tracing History of Years Back to Joseon Dynasty. Dishes are presented in various ways: on a bed of pebbles, with dollops of sauce that guests are encouraged to paint the plate with and ancient, ceramic bowls. When the dish Walking by the Barley Field shows up, it's accompanied by a video of a traditional Korean song about barley. Food as art, art as food.

Since it reopened in April 2017, the Lounge, located on the top floor of the Park Hyatt Seoul with killer views of Gangnam, has epitomized the latest trend in Seoul dining: casual elegance. Utilizing local teas, shochu and old-school Korean ingredients, the chef works with a Buddhist monk to refine traditional food and beverages — think kimchi, miso, vinegar-infused dishes and cocktails, but with finesse. The Lounge has access to a rooftop fermentation garden, and products arrive daily from Jeju Island, where the famous Haenyeo sea women dive for gorgeous and deeply flavorful abalone, octopus, scallops, urchin and oysters.

South Korea is famous for its devout Christians, but before Christianity took hold, Buddhism held sway. Two of the most famous temples worth visiting are Jogyesa and Bongeunsa, the latter offers private day visits that include lessons in meditation. Note that you must arrange your afternoon “stay” in advance by phone or through the website —it's all in Korean, but your hotel ought to be able to help with the language negotiation.

People come to Seoul from all over the world for the bargains and high-quality goods. And while Gangnam may be the busiest, poshest section of town, with international brands as well as upscale Korean products, your best bet is to spend time in Garuso-gil, a neighborhood of gingko-lined streets filled with cool design shops.

This article has been amended with the correct name of the Lounge at the Park Hyatt Seoul, which also reopened, not opened, in 2017.