Articles
Lori Zaino is a writer for TPG and TPG UK covering travel, news, points and miles and more. She's been based in Madrid, Spain almost 15 years and is an expert in travel throughout destinations such as Europe, Southeast Asia and Africa.
Follow
Nov. 29, 2017
•
6 min read 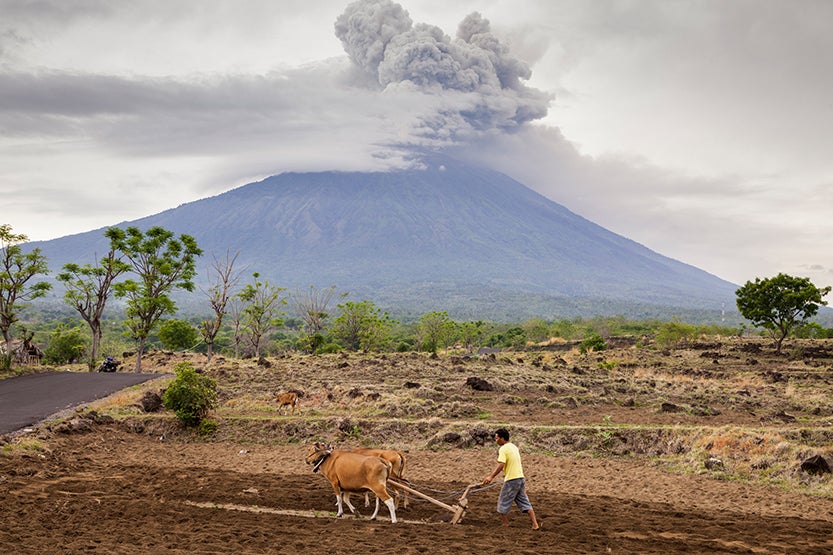 Bali Airport Reopens for Evacuation Flights
This post contains references to products from one or more of our advertisers. We may receive compensation when you click on links to those products. Terms apply to the offers listed on this page. For an explanation of our Advertising Policy, visit this page.

After almost three days of closure due to volcanic ash, Bali's Ngurah Rai International Airport (DPS) reopened on Wednesday afternoon local time. A change in winds shifted ash clouds away from the airport for now, but fears that a Mount Agung eruption is looming are intensifying, and experts say a larger, more explosive eruption could be imminent.

Between 120,000 and 150,000 tourists are currently trapped in Bali, but Qantas and Jetstar are hoping to evacuate as many people as possible on Thursday. The two airlines are adding an additional six extra relief flights on top of their ten scheduled daily flights in order to get stranded tourists to Australia.

Both airlines plan to send empty rescue planes to Bali to evacuate stranded tourists off of the island, one of them a 747. Of course, if the eruption worsens and the winds shift, sending ash clouds toward the airport, the plan could potentially go awry.

Singapore Airlines and SilkAir also stated on both Twitter and Facebook that they would be operating their scheduled Wednesday evening flights, and were also "seeking approval to operate additional flights out of Denpasar to cater to customers currently in Bali."

Virgin Australia plans to operate recovery flights, but only if conditions are safe. It's unclear how Garuda Indonesia, AirAsia or Batik Air will be handling the situation, but we'll update this post as more details emerge.

Tens of thousands of locals have evacuated some 22 villages close to Mount Agung, but others are reluctant to leave their homes and livestock. Indonesian President Joko Widodo has asked people living in the danger zone around the 9,800-foot (3,000 meter) volcano to move to emergency centers. Reuters reports that about 43,000 people have moved to shelters, but as many as 100,000 may be living in the area deemed at risk.

More than 100 buses have taken visitors to other destinations, such as Surabaya, a 15-18 hour drive and ferry away. One of those stranded travelers was Brian, The Points Guy, who opted along with his family and other TPG staff members to rent a van to drive from Bali to Banyuwangi.

His journey also included taking a ferry before finally arriving in Banyuwangi.

After spending a night in the Ijen Cliff Hotel (finding accommodation was difficult as so many tourists had the same evacuation plan), he decided to charter a private jet to get to Jakarta and then use miles to get from Jakarta to Singapore. With flights sold out for days, it was virtually impossible to fly out any other way, and Brian says that the Amex Concierge in Singapore went above and beyond to make the arrangements happen.

My parents were cool as cucumbers when our plans kept changing by the second/minute/hour, but it felt damn good to get on the plane and have the wheels take off from Bangyuwangi. Thx to @americanexpress Centurion concierge who worked for hours with their Asia counterparts to get a private jet last minute so we could avoid the crazy 18 hour journey by car to Surabaya and the 5 of us leave together. Even at Surabaya flights were sold out for days and we would have had to split up. Cost for the plane was $20k (emergency evacuation doesn’t apply here- only for medical evacuation), but for 5 of us to get to Jakarta and then use miles from there it was worth it to me.

While the private jet came with a $20,000 price tag, you can't put a price on safety — especially when parents, friends and co-workers are involved. Brian maximized his private jet fare by paying with his American Express Centurion Business Card, which gave him a 50% bonus as the purchase was over $5,000. Issuers don't code private airfare as travel or flights, so using a card like the Chase Sapphire Reserve to earn 3x points or the Platinum Card from American Express to earn 5x points wouldn't work for bonus points in this situation.