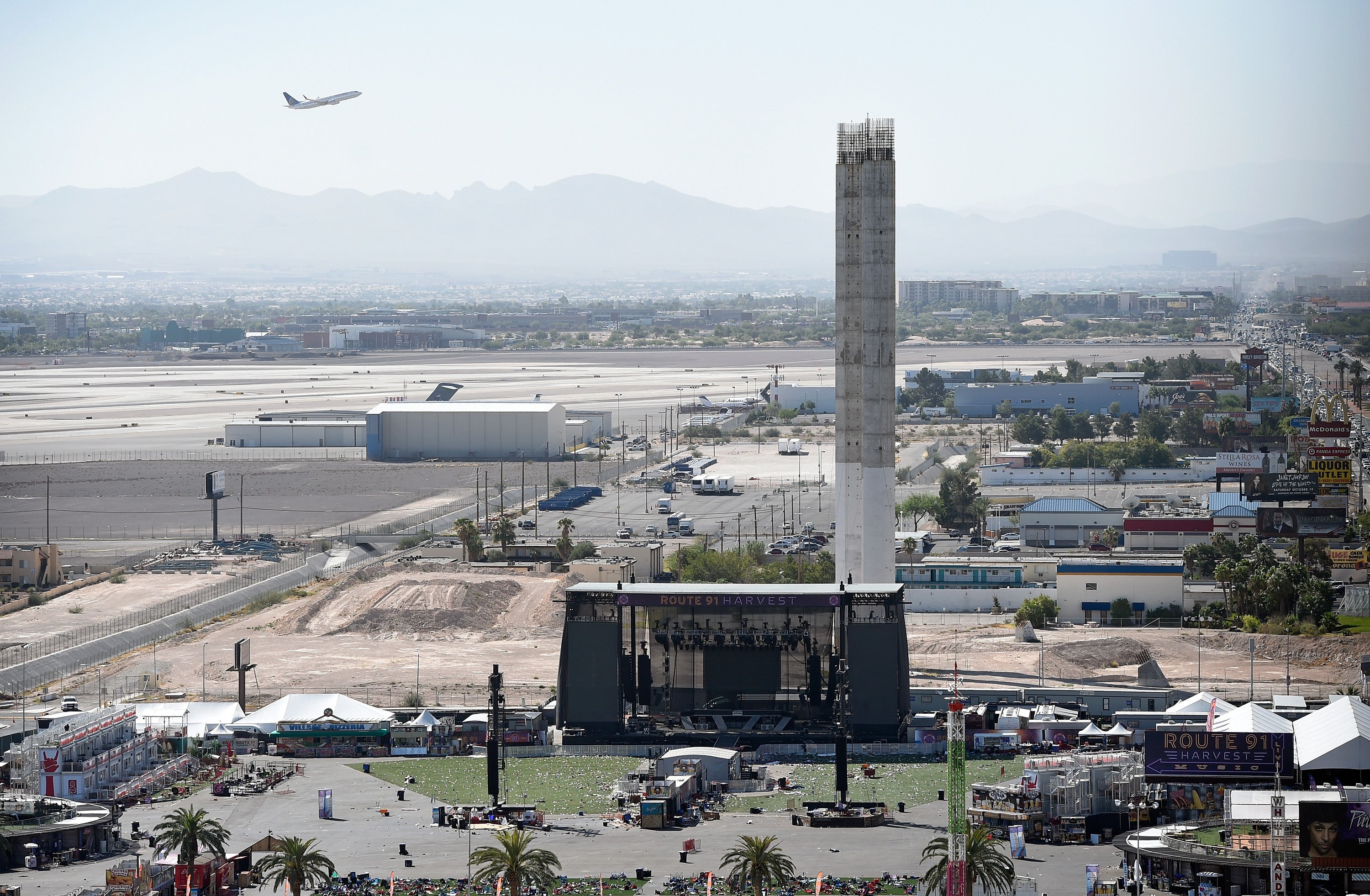 Why the Las Vegas Shooter Couldn't Blow up Jet Fuel Tanks at LAS
This post contains references to products from one or more of our advertisers. We may receive compensation when you click on links to those products. Terms apply to the offers listed on this page. For an explanation of our Advertising Policy, visit this page.

When it was reported that Paddock, who killed 58 people in what is being described as the worst mass shooting in US history, had also taken aim at jet-fuel tanks about a block past the Route 91 Harvest festival, aviation and forensic explosives experts immediately reacted with incredulity.

"He was pretty much doomed to fail," said John Goodpaster, professor of chemistry and director of the forensic-sciences program at Indiana University-Purdue University Indianapolis.

Investigators said Paddock, 64, used an arsenal including a modified AR-15 rifle to commit his crime, at one point shooting at two large jet-fuel tanks about 2,000 feet away on property owned McCarran International Airport. The tanks are used to refuel the private planes kept on the site, according to the Las Vegas Review-Journal. Two rounds hit the tanks, and one penetrated a tank, but caused little damage.

Paddock's motives remain a mystery, but it seems likely he had shot at the tanks in the hopes of causing an explosion. The tanks lay at a distinctly different angle from the concert, and would likely have required him to shoot the from the other of the two windows he shattered with a hammer before opening fire.

That strategy implies that Paddock was hardly a terrorist mastermind, at least when it came to explosives, experts said.

"This guy couldn't possibly have thought that he could blow up a tank of sitting fuel with a round of lead, could he?" Mike Boyd, an aviation analyst for Colorado-based Boyd Group International, said.

Simple chemistry made an action-movie blast impossible. Jet fuel is actually relatively hard to get to catch fire — it burns at between 800 and 1,500 degrees Fahrenheit.

"I used to train hazardous-material instructors at airports, and one of the things we taught was that if you even took a blowtorch to a bucket of standing jet fuel, it would take about 90 seconds for it to want to burn," Boyd said.

In addition, jet fuel requires a persnickety ratio of fuel to air for even its flammable vapor to combust. To ignite 17 ounces of jet fuel, for example, it would have to be atomized, or mixed in, with 1,000 ounces of air.

"All fuels need air to burn, and in a pretty specific ratio of air to fuel, which is why you can flood a car engine, where you have too much gasoline and not enough air," Goodpaster said. "And you have to heat up jet fuel quite a lot; it's like diesel. If you just shot a bullet into a liquid container, even if you were shooting at the upper part with the air-filled head space, it would be hard to make burn."

Swissport, the company that operates the fuel tanks, didn't respond for comment by publication.

The new twist on the mass shooting may highlight some vulnerabilities of airport fuel tanks, which often stand out in the open with little or nothing to shield or conceal them, but it also reinforces why they're aren't necessarily a security priority, Boyd said.

"They just aren't good targets for terrorism," he said.