Articles
Emily McNutt is The Points Guy's Global News Editor and is based in London.
Follow
Oct. 10, 2017
•
7 min read 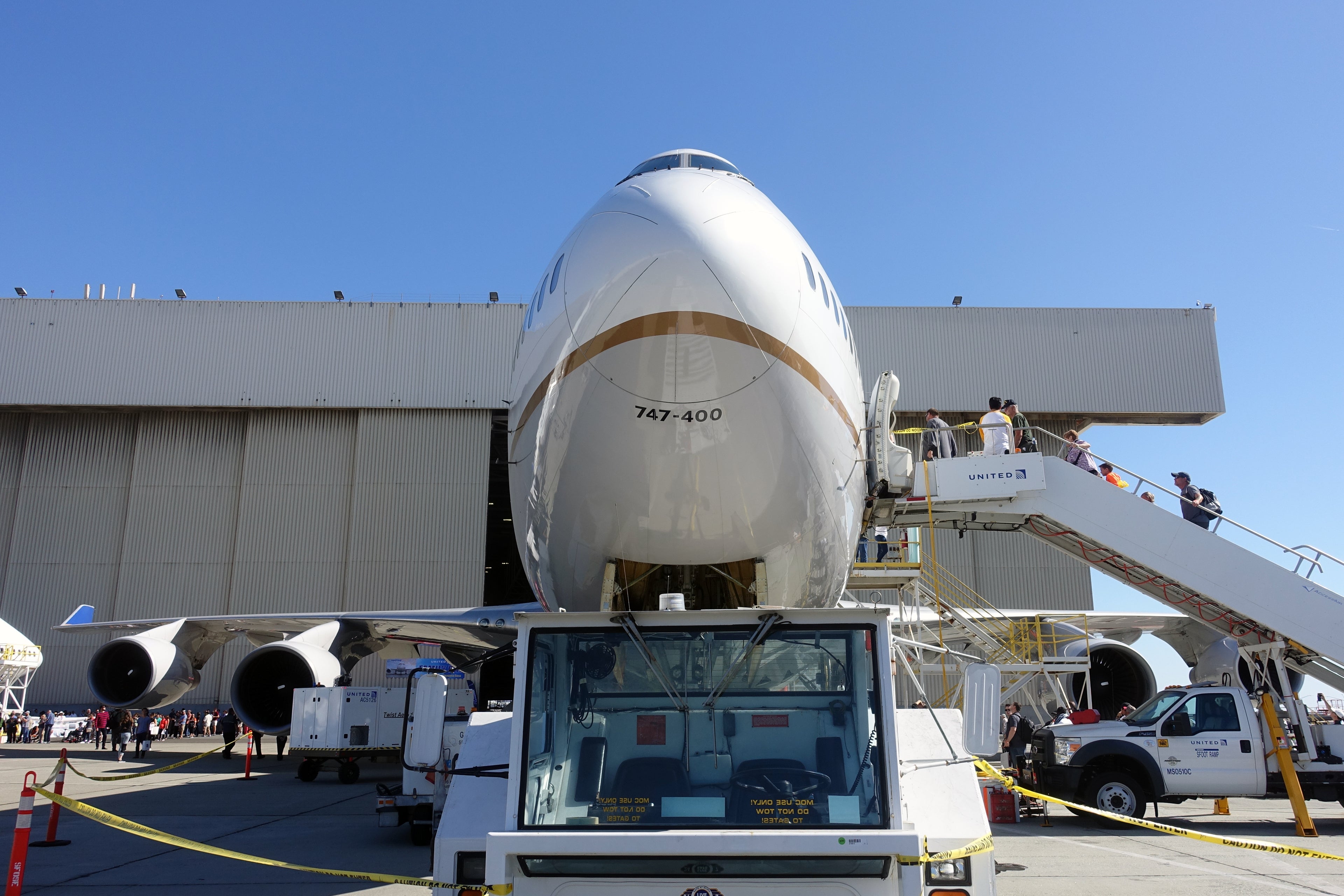 Saying goodbye to the Queen of the Skies was harder for some than expected. At United Airlines' Family Day and 747 farewell, TPG readers, United employees and AvGeeks flocked to get a last look at two of the big birds, awing at their grandeur.

For some, seeing the Queen for one last time seemed like the right thing to do, and for others, reminiscing on the memories on board brought back a feeling of nostalgia. Everyone interested in aviation has a unique connection to the 747. We asked around at the United Family Day to see what it is about the 747 that makes it so special and what people will remember most. Here's what they had to say:

"When you think about the technology and the engineering that goes into the 747 to create it, it's amazing. It's just so massive and it's so incredible to think that this thing is flying in the air." — Justin Papa

"The 747 to me was probably the first big identifiable commercial aircraft that, even as a kid, you could say, 'That's a 747. That's amazing.' I still do that. Particularly here at SFO if you get to drive down 280 and the 747 is coming right up over you, it's an amazing sight to see and I always stop to see it. Four engines, the big pregnant bump — it's so easy to identify." — Bradley Spurr

"I flew El Al's 747 to Tel Aviv as a kid, but my first clear memory of the Queen of the Skies is from my flight from Chicago to Beijing for the 2008 Olympics. I actually remember being fairly underwhelmed, since the cabin was dated and there wasn't any seat-back entertainment. Since then, I've had some incredible 747 flights, though, from a private first-class cabin on Thai from Sydney to Bangkok to countless trips in United's rear-facing seats on the plane's upper deck. But my favorite seat might just be 1A, right up front in the nose. That's the seat I booked for United's final 747 flight from San Francisco to Honolulu on November 7. I can't wait!"

"Our first 747 flight was EVA Air. It was the only airline that had business class in the nose and after that flight, we found out that there were only two left that they were operating — and they've since retired it. That was 1.5 years ago. We've been lucky enough to fly on the 747 with EVA, Thai Airways, British Airways, United and Qantas — four of the five in business class. We've also done Lufthansa First on the 747-800.

The 747 has the coolest profile of any plane. Instantly recognizable if you're walking in the airport terminal and you see it. It just looks so classy with the pilot and the flight deck up high. We go out of our way to book it. Even if it's not on our route and we have to go two hours out of our way, we'll do it.

The exclusivity of the upper deck will be missed the most. It's already exclusive — there's only 20-something seats up there. It kind of feels like you're on a mini private plane."

"It's a glorious airplane to fly. It's honest. It does the same thing every time. It performs wonderfully. It carries weight. It goes long distances. And it's a magnificent machine.

I'm going to miss the people on the 747. There's a camaraderie on this jet. From the flight attendants who have worked the upper deck to the 'villages' — because coach is pretty packed — to the guys who have flown it. There's just a camaraderie. It's a small community of pilots and flight attendants who have flown the airplane, and we've flown it all over the world and that gels people like few other events can."

"I've flown back and forth between San Francisco and Asia pretty much every year since I was a kid. I basically 'grew up' on the 747 so I had to come out today to give it the proper farewell. I won't get the chance to fly on it again, so this will be my last chance to say goodbye to the Queen of the Skies. It's been a great memory and I'm actually really sad that this is probably the last time I'll get to see her. I want to thank her for all of these trips — I've probably taken dozens of flights on the 747. "

"It's basically an icon. It kind of started the transcontinental, transatlantic travel as the original jumbo jet. I just love watching it fly."

"It's the prettiest airliner jet that was ever made. It's very comfortable to ride in. It's been a great ride for the 747." — Stan Stewart

It's just a fun airplane to fly. It goes fast, it's very capable and takeoff weight is higher than pretty much every other airplane out there except for maybe the A380. It's a good airplane. Fun to land, fun to fly. I'll be going to the 787 next. I hear that's nice too but the 747 — when you walk in, instead of turning left you go up the stairs. So I guess I'll have to get used to turning left on the 787." — John Tate

What will you remember most about the 747? What are your final thoughts about the Queen of the Skies? Any last words?

Sign up for our daily newsletter
Related stories
Legislation that could gut credit card rewards set to move through Congress
Would you stay at 1 of these 8 haunted hotels this Halloween?
Southwest winter flash sale: Get one-way flights for as low as $29
You can currently buy points and miles with up to a 100% bonus — but should you?